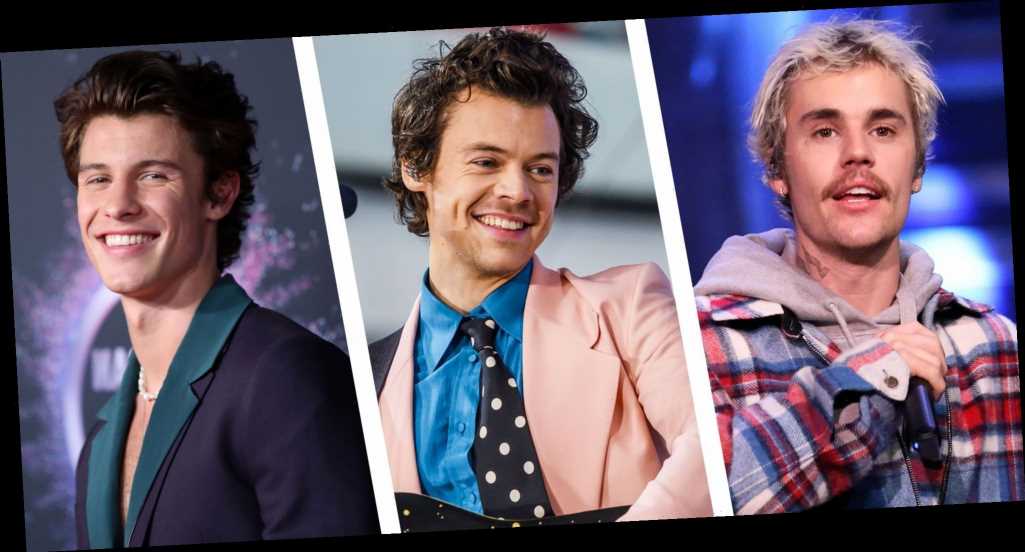 In February, Matthew Gruenke, a young man from Wisconsin, filmed himself eating breakfast with two friends at a Wendy’s fast-food restaurant. The ten-second video is mostly unremarkable; Gruenke points his phone’s camera at the food and then his two friends, both of whom are caught off-guard by his filming, before turning the camera on himself. He posted the video to his account on TikTok, the Gen Z-friendly video platform, likely expecting little of the recording.

In under two weeks, the video has racked up more than one million views and 117,000 likes. It currently has more than 2,500 comments; some of the the most-upvoted comments are compliments that refer to the three friends as “kings.”

On social media platforms like Twitter, Instagram, and TikTok, young people (ie. millennials and Gen Zers) often use “king” as a means of positive affirmation. Harry Styles, too, is king, as are Nick Jonas, Justin Bieber, Kevin Hart, all seven members of Korean-pop group BTS, and even Bernie Sanders.

“It’s kind of expressing surprise and amazement that a male has done something good or simply looks good,” Anthony Thorne, a UK-based lexicographer and former Director of the Language Centre at King’s College London, said over the phone. “If you translate ‘ok king,’ it can mean ‘well done.’ It can mean ‘you’re amazing,’ but the person hasn’t necessarily achieved something very meaningful.”

The true origins of this recent trend on social media, however, largely lie in black American culture. In 2016, writer Damon Young penned an essay regarding the use of both king and queen among black communities as terms of endearment for The Root; their usage acknowledges the widely-held belief that black communities have, in fact, descended from actual kingdoms.

Writer Malcolm-Aimé Musoni, too, recently addressed his personal experience in a story for the Washington Post. “It kind of started out as a joke,” he said in a phone interview. “… We were all going through so much shit and it meant something to hear that from a black man, like, ‘man, you got this, king.'” He said he had used the term to cheer up friends who battled issues like depression and anxiety and very recently noticed the trend grow beyond use by black men.

Like other slang rooted in the appropriation of black culture, young people have usurped the expression and altered its meaning. In a digital context, the expression is now used to congratulate men for accomplishing unchallenging tasks.

According to Twitter, Niall Horan is king of sheet masks. Noah Centineo of Netflix’s To All The Boys I’ve Loved Before is king of fasting and having half a smoothie. The title isn’t exclusive to male pop stars or young actors, either, as is the case with several TikTok videos with lesser-famous men. (In an Instagram DM, Gruenke told me he’s enjoying the viral fame and being called “king” in the comments.)

How exactly did this trend come to be? Well, there are multiple factors at play. A meme from the Marvel flick, Black Panther, may have very recently helped popularize its use, for one. But this evolution of the term, from an uplifting gesture to one of mostly unjustified praise, feels linked to a news cycle of stories describing the activities of less than honest men.

In a phone interview, Jelena Kecmanovic, founder of the Arlington/DC Behavior Therapy Institute and an adjunct professor of psychology at Georgetown University, said repeated mentions of these male figures in the news can have an influence on young audiences by virtue of them being more “impressionable.”

“I have a young son going to college this fall,” Kecmanovic said over the phone. “I often think ‘what are the good models for men?’ These days, there are so many organizations, clubs, [and] venues of community for young women in terms of positive messages and what’s the sort of equivalent for young men?”

By no fault of their own, young people’s expectations for male figures might be simply extraordinarily low. “King” might be their expression for praising some men for not being so terrible.

Or maybe they’re (we’re?) all in on the joke. As Thorne explained, many faddish expressions become ironic over time, in much the same way “being woke” has become a meme. Take, for instance, this joke-tweet directed at Shawn Mendes which implies that he invented a shade of pink or this user who called Justin Bieber king while also insulting his music. Maybe young people know they can’t hold these figures up to much of a standard and king is a polite diss.

In either case, Thorne argues that “king” and similar expressions often help mask young people’s sincerity. “There’s a fear of being too sincere, and therefore, being too embarrassing,” he said of social media behavior. “That’s why [they] introduce different terms like ‘stan’ or ‘I love’ or ‘I appreciate.'”

Elly, a 20-year old user on Twitter, recently used the expression, “ok king,” in response to a tweet by Harry Styles’ which included the singer’s new music video. I reached out via Twitter DM to find out what the expression meant to her: “It’s just another way for people to express their love/admiration for their favorite celebrity,” she said. “… I guess I just started saying it when everyone else did.”