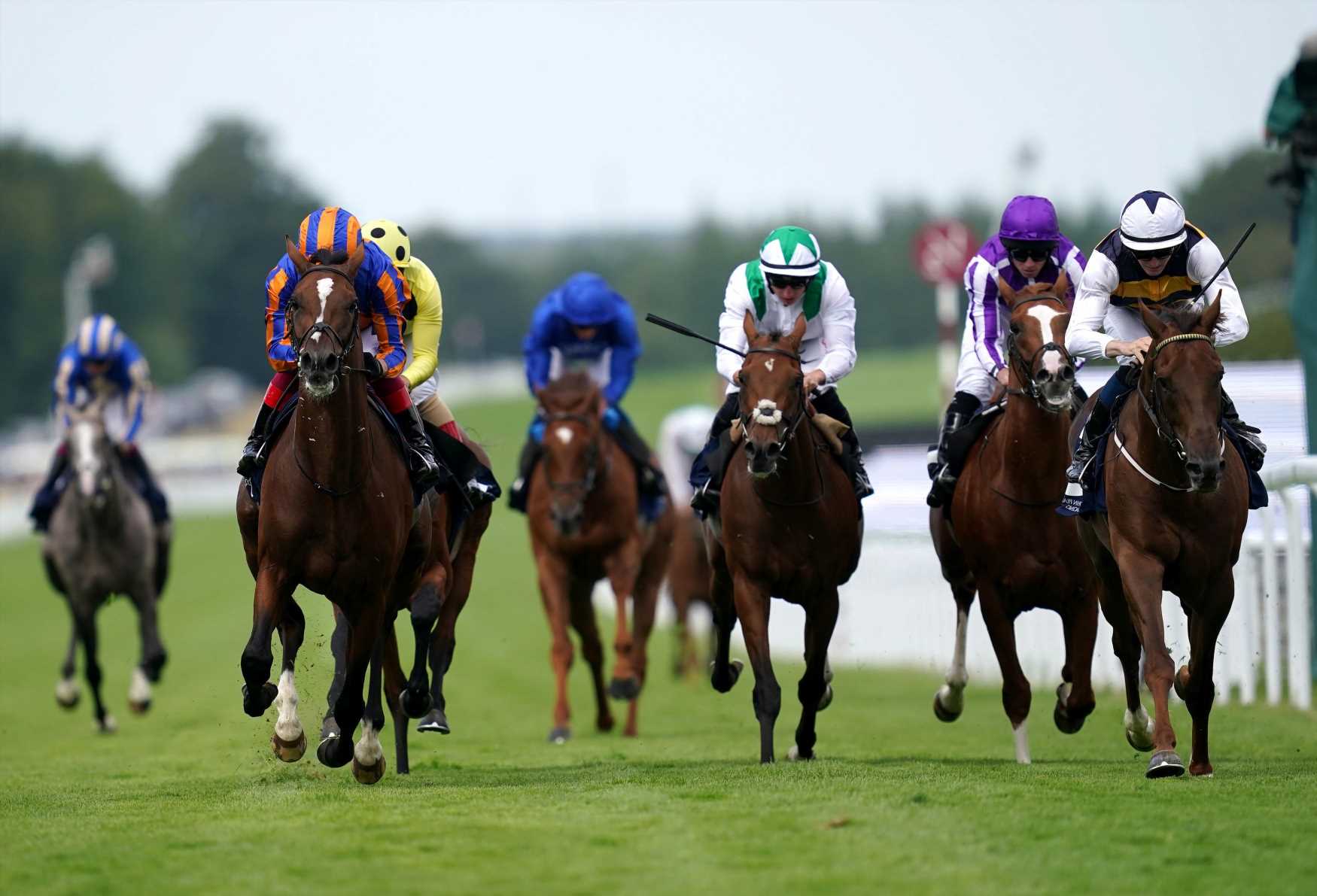 TEMPLEGATE breaks down the big money Gordon Stakes at Goodwood on Thursday.

Our man goes through each runner and reveals his tip at the bottom. 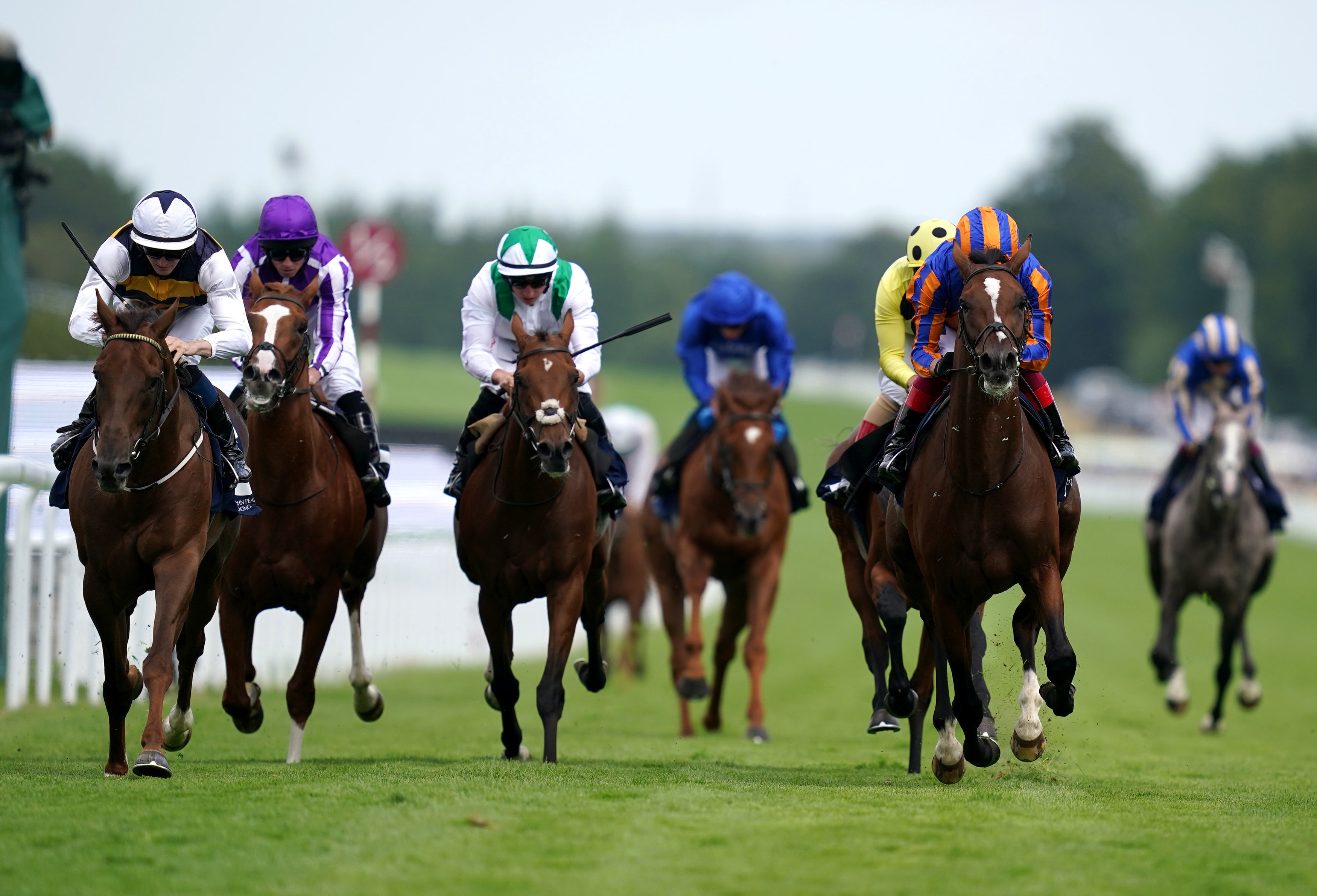 Back a horse simply by clicking their odds.

DEAU can go. Good second in a Royal Ascot handicap when upped to this trip and showed that was no fluke when taking a Newmarket Group 3 last time out.

He has a 3lb penalty for that success but it was a game win and there should be more to come. This looks his toughest assignment yet but he’s in the mix.

QAR crash. Was caught Deauville Legend in that Bahrain Trophy at HQ last time when trying to make all.

But it was still a good effort to finish second after a solid fourth in the Group 2 Queen’s Vase at Royal Ascot.

He goes on any ground and should run another good race but is likely to find a couple too good.

NO Ta. Gave the impression that moving up to this distance after he finished strongly over 1m2f when fourth in the Hampton Court Stakes at Royal Ascot last time.

He was subject of a Jamie Spencer waiting ride there and he’s likely to try those tactics again.

He has more improvement to come but this looks tougher than recent assignments.

ALL to play for. He started the season with a good handicap win at Doncaster over 1m2f and was pitched in the Derby where he was 11th as that opposition proved too hot.

He returned with a good second in the King Edward VII Stakes at Royal Ascot last time where he didn’t look 100% happy on the fast ground.

A repeat of that run could see him on the podium.

HOO a cry. Connections shelled out a whopping £1.2million after his shock 150-1 second in the Derby behind Desert Crown.

That was his first crack at this trip and he clearly handled it well, with the quirky track also right up his street.

Westover has franked the form by winning the Irish Derby and this is a drop in class.

A repeat of his Epsom effort for new trainer George Boughey would take him very close.

JACK just alright. Good comeback win in a minor contest at Newbury over 1m2f earlier this month and he shapes as though this longer distance will suit.

He looks sure to improve but this is a much tougher race.

KELA killer. Finished a good fourth in the Derby before putting in a below-par display in the Bahrain Trophy behind Deauville Legend last time.

Has a few questions to answer after that but Andrew Balding is in good form and he’s not discounted.

LONDON looks capital. Was a Derby hope before a modest effort in the Chester Vase in May.

He was given a break and looked much better when winning a decent handicap at Newmarket last time.

He looks well up to this level and should have no issues with this trip.

Trainer Charlie Appleby thinks a lot of him and he looks a major player here.

SUSSEX suss. Has moved from Aidan to Joseph O’Brien since he landed an egg and spoon race at Navan earlier this month.

He come up short a couple of times when tried in Group company and needs to raise his game plenty for this.

STRONG Wind. Was impressive when going from the front to land a Listed contest at Hamilton last time by more than seven lengths.

That built on his ninth in the Derby and he seems right at home over this distance.

The Crisford team is in excellent form and he’s yet another in this field with scope for plenty of improvement.

LONDON calling in the Gordon Stakes.

NEW LONDON looked much more than a handicapper when scoring with plenty up his sleeve at Newmarket last time. That was just his fourth run and moving back to this distance should bring improvement. Connections are hopeful of St Leger run later this year and this can be an important stepping stone.

Hoo Ya Mal was ahead of Westover in the Derby at Epsom and he franked that by winning the Irish version before his Ascot blip at the weekend.

He was sold for more than a million quid after his Classic heroics and has every chance of paying some of that back here.

West Wild Blows improved on his Derby effort when cruising home at Hamilton last time. He’s another with much more to come.