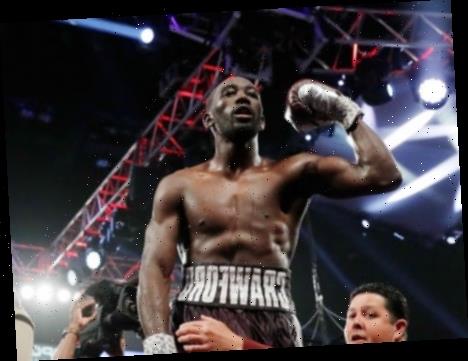 Terence Crawford has hinted at a possible departure from Top Rank in pursuit of the biggest fights in his division.

The American is fighting Briton Kell Brook on Saturday to defend his WBO world welterweight title, but his main rivals are tied to rival promoter PBC.

Brook lost by stoppage to Spence Jr in 2017, meaning Crawford will be expected to win in similar circumstances.

“I don’t know,” Crawford told Boxing Scene when asked whether this would be his last fight with Bob Arum’s promotional outfit. “I don’t know. You know, we shall see.”

Crawford did reveal that one of those mega fights against a PBC fighter, Pacquiao, almost materialised, but the Covid-19 pandemic prevented it from happening.

“I thought the Pacquiao fight actually was gonna happen,” Crawford added. “That’s the fight we was really in conversations [about]. We was in deep negotiations, and that fight fell through. So, we had to go to the next option.

“You know, the pandemic was one of them. Then they thought the fans were gonna be allowed to travel and attend a fight in the Middle East.

“They put a halt to that and basically said they wanted to wait until the beginning of the year because in the United States numbers was spiking up again. So, they really didn’t wanna too much take a chance on it. So, that was the main reason, the fans.”

This weekend get a £10 free bet with Betfair, when you bet £10 on a Same Game Multi on the Premier League. Terms: Min £10 Same Game Multi bet on any EPL match this Fri – Sun. Free bet valid for 72 hours, awarded at bet settlement. Excludes cashed out bets. T&Cs apply.