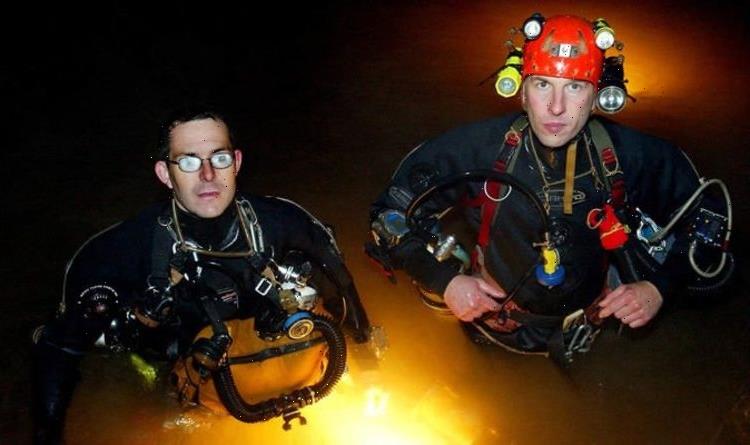 The Hollywood star is playing John in a new movie about the amateur cave diver’s extraordinary rescue of 12 members of a Thai junior football team and their coach in 2018, an operation that made headlines around the world. The film tells how the boys – aged from 11 to 17 – became trapped in a cave in Tham Luang in northern Thailand. Heavy rains partially flooded the cave, blocking their escape. Against the odds, all 13 were brought out alive to the joy of their families and the assembled international media which had gathered to watch the two-week drama unfold.

Not only is John featured in a movie, he has also written a book about the lessons he learned from the rescue, which is out later this month. But he is less than comfortable with the scrutiny this exposure brings.

“I’m not sure what famous means or if there’s any value to it,” he says looking embarrassed, “I am not one for delusions of grandeur even if that happened.”

So he hopes Farrell will not make him seem self-important: “It’s a slightly strange experience trying to teach someone to be you. But Colin’s great, he’s been taking the role really seriously and I think he’s found it quite odd that the person he’s playing actually exists.”

The film, The Cave, directed by Apollo 13’s Ron Howard, features many of the real-life cave divers as themselves, including John’s dive partner Richard Stanton who went out to Australia for filming.

John, for various reasons – not least homeschooling his only child, 14-year-old son Matthew – chose not to go, hence Colin had to connect with him on Zoom.

“He was sent a box of diving equipment to get used to putting it on. I was watching him walking around the hotel room and I was thinking, ‘This bloke’s really hard, how come he’s walking around with all this heavy equipment?’ It turned out the tanks were plastic rather than metal and were empty – but that’s Hollywood for you.”

It’s clear that John struggles with the high-adrenaline artificiality of that world, which is precisely what made him perfect for what seemed like an impossible rescue mission, with his calm, no-nonsense demeanour. 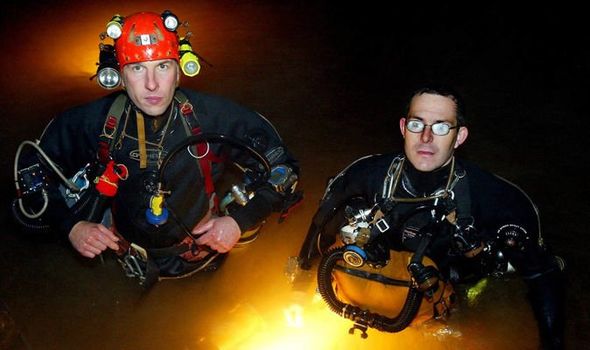 “It is important for me to do the right thing,” he says. “Also I like solving problems and I seem to find myself comfortable under water, able to do things that others find difficult. I don’t know why.”

Despite that skill and self-confidence, no one was more surprised than John to find the boys and their 25-year-old coach alive, huddled on a mud bank in an air pocket.

“I don’t think from the outset, we were expecting them to survive,” says the 49-year-old scout leader. “I think we’d seen the cave floods so violently it seemed incredibly unlikely anyone would be alive.

“So the job was really to find the proof of life, or proof of death. I appreciate that sounds heartless but you want somebody who can make rational and calm decisions and not go off half-cocked, because of the situation.”

The cave complex, beneath mountains on the Thai border with Myanmar, is six miles long and floods between July and November. A sign posted at the entrance advises against entering the caves in those months.

On Saturday June 23, the Wild Boars football team and their 25-year-old coach went into the cave, according to John, to inscribe on the wall the name of a new recruit, as was their practice. They chained their bikes to the railings and dumped their football kit.

A little further in, near where the inscriptions were found, they had taken off their shoes and socks. Within hours, when they failed to return home, they were reported missing. 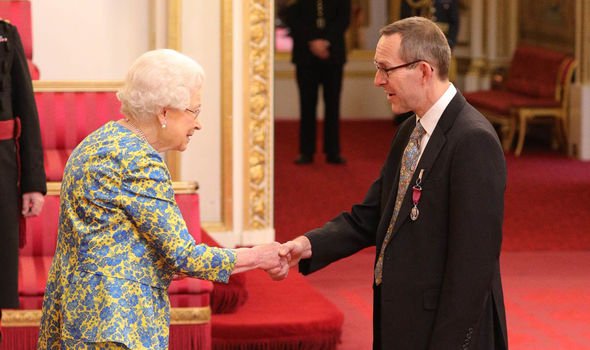 British caver and local Vern Unsworth, who unsuccessfully sued billionaire Tesla boss Elon Musk for defamation after an unseemly Twitter spat, heard about the missing team and advised the Thai government to send for the British Cave Rescue Council, of which John is a member.

By the time John arrived at the caves there were so many people – including the Thai and American military – that the mission risked descending into chaos.

“Normally when we’re invited to any sort of scenario we are accepted as experts. That didn’t happen this time in Thailand – we had to establish ourselves, and that was quite difficult,” says John. “At times, it felt like it wouldn’t be possible.”

No technology exists to scan for people deep underground so John and Richard, with whom he has executed many cave rescues, had no choice but to lay down guidelines and search every inch.

“I visualised swimming into a chamber underwater in zero visibility and then perhaps literally finding bodies floating there,” he recalls. “Ironically, one of the few things I didn’t visualise was what we would do if we found them all alive.”

John and Richard were at the edge of their safety margins in terms of spare oxygen when they found what they were looking for. Richard smelled them before John saw them.

“We should have turned round but we decided together to bend the rules and press on and as we were just adjusting the line in that chamber, Rick smelled the air and we both thought that we were smelling decomposing bodies.”

In fact it was just the smell created by the 12 boys and their coach, who had been living for nine days crammed onto a tiny mud bank, with no food and only dirty flood water to drink. Yet they were remarkably alert.

The first voice they heard was John’s. On a video posted on Facebook by the Thai Navy SEALs, he can be heard asking: “How many of you?” The answer from one of the team, who spoke good English, came back: “Thirteen”.

John decided to treat them as if they were scouts. “At the start of a scout meeting, we have a morale boosting kind of shout where we pledge to do our best. I gathered the Wild Boars round and told them about the people outside the cave that were working for their survival.

“I think they did a fantastic job of looking after each other and they were incredibly resilient and calm when we found them. How they found that mud bank I’ll never know.”

But faced with 13 lads who could not dive, John and Richard knew that finding them was just the beginning. They had to find a way to get them out safely.

“I made a promise to them on that mudbank that I would come back. My responsibility didn’t end until they were all on the surface.”

But the risks were extremely high. “There was no other choice,” says John. “If any of the children remained in the cave there was no question they wouldn’t survive.”

John and Richard left the cave, collected all the ration packs the American soldiers could muster and set off to dive back to the mudbank.

Meanwhile, around the cave entrance, a camp was established with thousands of volunteers, ten police helicopters, seven ambulances, and more than 700 diving cylinders. All the while, the equivalent of 400 Olympic-size swimming pools of water were being pumped from the cave. 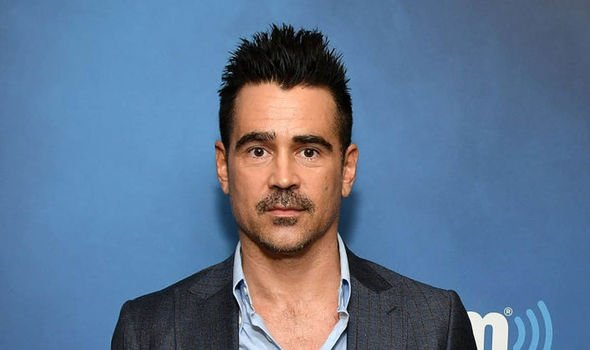 After days of rehearsing, with local boys standing in for the footballers in a swimming pool, rescue day arrived.

On the morning of July 8, an internationally-assembled diving team, led by four Britons, including John, and two Australians, including Dr Richard Harris, an anaesthetist, returned to the mudbank.

The lads were put into wetsuits, buoyancy jackets, harnesses and given full face oxygen masks. They had a handle attached to their backs and were tethered to a diver.

It was decided they would be sedated using ketamine, rendering them unconscious to prevent panic.

They were manoeuvred by the divers who held onto their back or chest, with each boy on either the right or left side; in tight spots divers pushed the boys from behind.

At 7pm on the first evening John and the team finally emerged with the first four lads.

“There was significant jubilation,” he says.

“Nobody knew what would happen so they were very pleased that we brought out four but then the expectation changed that we would continue to be successful.

“But just because you’ve done something difficult once the risks haven’t reduced – you have to be just as diligent and careful to get the same result again.

“So that jubilation on the first day was great but it certainly increased the pressure on days two and three.”

They rose to the challenge and by July 10 the whole football team had been successfully rescued and taken to recover in hospital. John flew back home. To a hero’s welcome?

“No,” he says laughing, “I landed at Heathrow in the morning and that afternoon I was back at work. It doesn’t need fuss, it really doesn’t.”

John, who was awarded the George Cross for his bravery, didn’t see the lads again until they came to Britain three months later as guests of Manchester United.

“I knew it would be an awkward moment,” says John, “so I had t-shirts printed up to commemorate their first cave dive. I don’t want them to be beholden to us or anyone else in the rescue.

“They’ve had what I would call an adventure and a chapter in their life has closed and they need to move on and hopefully not look back.”

John is looking forward to the film coming out next year. “The worst case scenario is that I look like a hunky Irishman. It could be worse.”

Thirteen Lessons that Saved Thirteen Lives: The Thai Cave Rescue by John Volanthen (Aurum Press, £20) is published on May 27. To pre-order with free UK delivery, call Express Bookshop on 01872 562310 or order via expressbookshop.co.uk