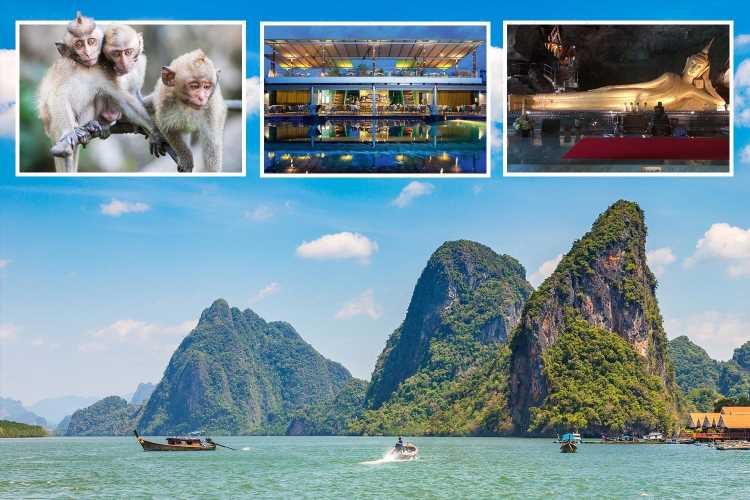 FRANTIC shopping, hours spent cooking a lunch gobbled in minutes – and a load of washing-up.

But a family Christmas need not be this way. 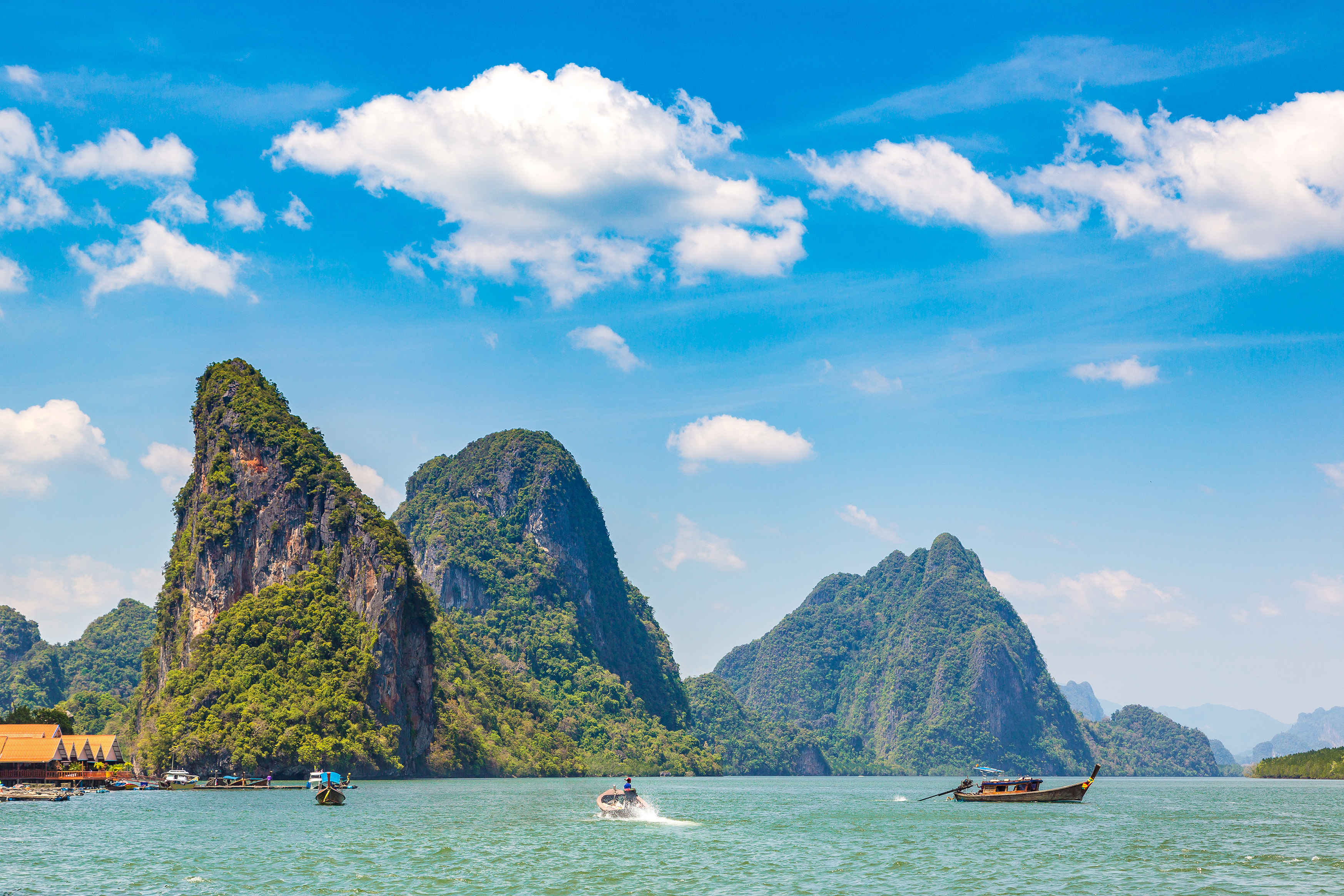 Take a multi-generational hol abroad and you’ll have none of the angst — just fun, sun and time with your loved ones.

The idea for our three-generation break came from my daughter who, after a hectic pre-Covid Christmas slaving over a hot oven, declared: “Sorry, but we’re not doing this next year. Let’s fly to a beach.”

A month later, we’d booked to celebrate a festive two weeks in Thailand – brave, as it’s an 11-hour flight and the youngest two in our family of eight would be aged three — and 16 months.

As we boarded the plane, I could see the dread in passengers’ eyes — watching and hoping we weren’t in the row next to them.

But the fabulous Tui Dreamliner flight, from Gatwick to Phuket, wasn’t the nightmare we feared.

That was thanks to Peppa Pig, Blaze and The Gruffalo played repeatedly on Albie and Mila’s tablets, sticker books, meal and sleep times and the most helpful cabin crew ever.

Also, there were enough of us to share the care and that’s the beauty of increasingly popular multi-gen hols — everyone gets a break.

We were among the last Brits to holiday there before Covid stopped flights and shut down hotels, causing nearly two years of heartache and hardship for locals reliant on tourism.

Thankfully, the Land of Smiles is now open for business again and tourist bosses hope to lure back the one million Brits who visited each year.

We’d return to our Christmas paradise, the Tui Blue Mai Khao Lak Resort, in a heartbeat.

We swapped turkey and roast potatoes for pad Thai, and sticky rice-and-plum pudding and trifle for banana pancakes and the tastiest-ever pineapples.

Instead of collapsing on to a sofa after lunch, we swam and stretched out on sunbeds.

A suited and booted Santa, sweltering in the 30C heat, even managed to find Albie and Mila 6,000 miles from home.

The 4H Mai Khao Lak also pulls out all the stops for New Year, with a massive al-fresco gala dinner near the beach and impressive fireworks shooting into the starlit sky at midnight.

Credit to the superbly friendly staff, who can’t do enough for guests at a resort with facilities for all ages — from a baby room to a gym and spa, kids’ clubs to an adult-only swim-up bar.

Restaurants serve Thai and western food and children have their own buffet, set out on low tables they can reach.

There’s a number of large pools, including a mini-waterpark with a pirate ship and water shallow enough for little ones to stand up in.

But we headed for the clean golden sands most mornings, armed with rush mats provided by the resort.

Shading under mangrove and palm trees, we spent glorious days swimming and chilling in the warm Andaman Sea, rowing out in the resort’s canoes, making sandcastles, crabbing in rock pools and eating takeaway pizza and salad from the pool bar.

Albie and Mila, both daredevils and mini-adventurers, lapped up the freedom and had a ball on slides, swings, trampolines and push-along toys parked on the sands in front of local restaurants.

Mr Bao, reached by crossing a rickety wooden bridge, was our favourite place to eat, with Thai dishes from just £2.

Along the unspoilt beachfront, you can get a massage for £8, have your hair cut or braided, get bespoke tailor-made clothes and buy souvenirs at the mini-market.

We all used the free hotel shuttle into Khao Lak town — once to visit the memorial to the victims of the 2004 Boxing Day tsunami, which devastated the area.

An 80ft Navy patrol boat swept 2km inland stands as a sad reminder of the tragedy.

There are few families who didn’t lose a loved one, yet they have rebuilt their lives and community.

The main street is buzzing with cafes, restaurants and shops, and two markets sell local crafts. Is it possible to go home without a Buddha? I don’t think so.

Tui has a choice of responsible tourism excursions — jungle and temple tours, diving and cookery courses, canoeing, snorkelling and visits to night markets — and the guides are brilliant.

Escorted by Itti, a massive Liverpool fan who knew as much about the Premier League as Gary Lineker, we visited James Bond Island.

The towering limestone rocks in Phang Nga Bay became a tourist attraction after Roger Moore had a duel on the beach in 1974’s The Man With The Golden Gun.

We approached the bay in a long-tail boat, sailing through stunningly beautiful islands and rock formations.

On another day, while we looked after the kids, their mum and dad visited by speedboat.

After canoeing through caves, we sailed back to the mainland and ate a sumptuous lunch high in the hills at the Sametnangshe Boutique restaurant overlooking some breathtaking scenery.

A superb base for hikers, you can stay here in stilted rooms or tents.

Our next stop was Wat Suwan Khuha, one of more than 40,000 Buddhist temples in Thailand and home to a reclining 150ft gold Buddha — and enough monkeys to rival Gibraltar.

Family days out close to our hotel included the Royal Thai Navy Sea turtle conservation centre, where the endangered species is protected, reared and returned to the sea.

We also went to the peaceful Seaside Retreat Elephant Sanctuary where Albie and Mila, each not much bigger than a jumbo’s ear, loved feeding bananas to the beautiful beasts.

It was one of the highlights of our first, but hopefully not last, amazing 3G holiday — full of love, laughter and a trunk-full of memories.

GETTING/STAYING THERE: TUI offers seven nights’ B&B at the 4H BLUE Mai Khao Lak, leaving from Gatwick on December 24, from £1,160 per person, including transfers, based on two adults and two children sharing a deluxe room.

Price of departing on January 15 is from £906. Half-board and all-inclusive available. See tui.co.uk.

OUT & ABOUT: James Bond Island excursion from £48pp and Seaside Retreat from £54. See tui.co.uk.

Gatwick meet and greet parking from £68 a week in December. See aph.com.

COVID: As of now, adults must be fully vaccinated and apply for a Thailand Pass.

Under-18s can travel with vaccinated parents under the new Sandbox programme. All travellers must have a PCR test within 72 hours of departure.

Kids over six have two more tests, on arrival and on day 6 or 7. Under six, lateral flow tests. 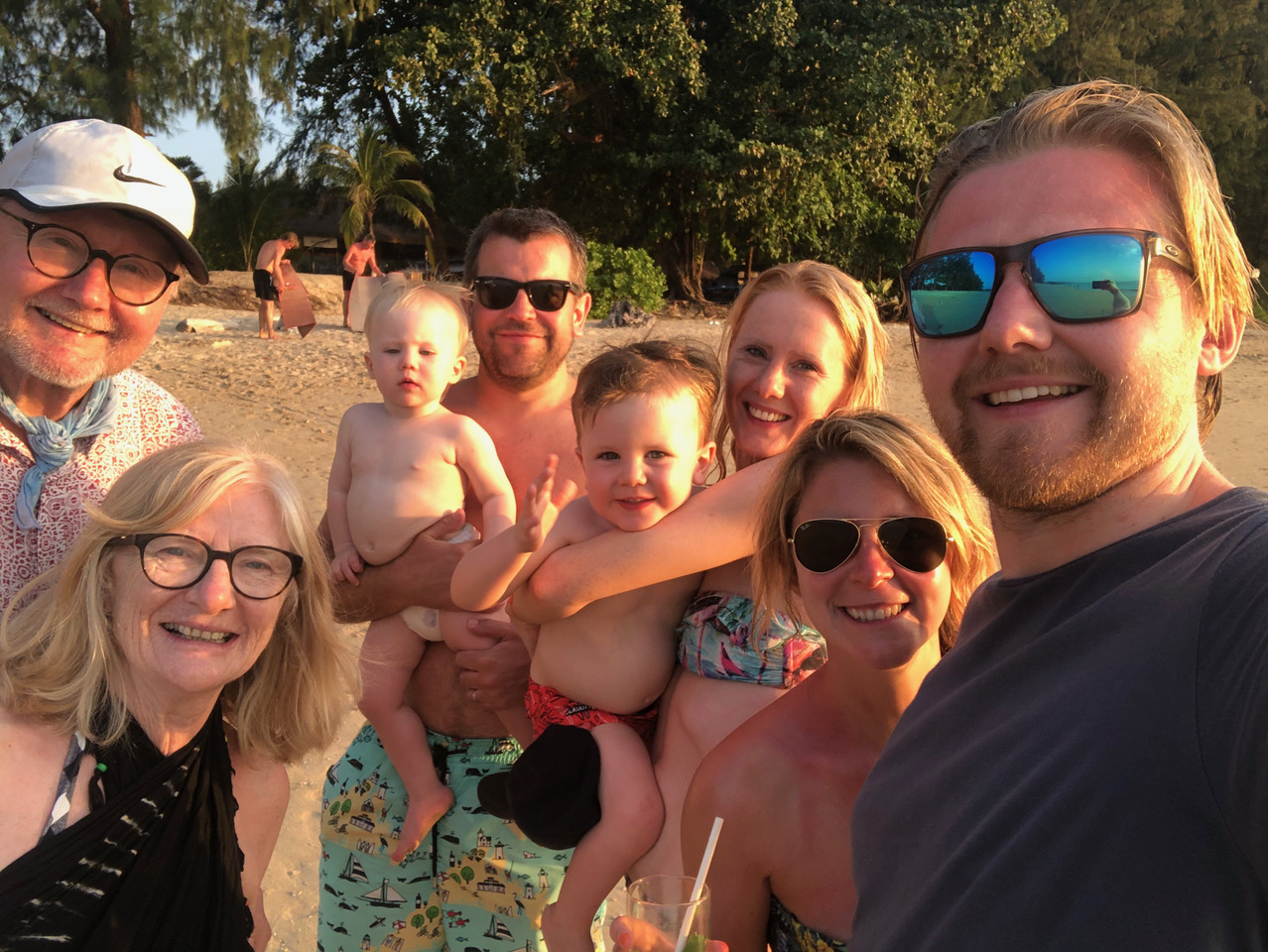 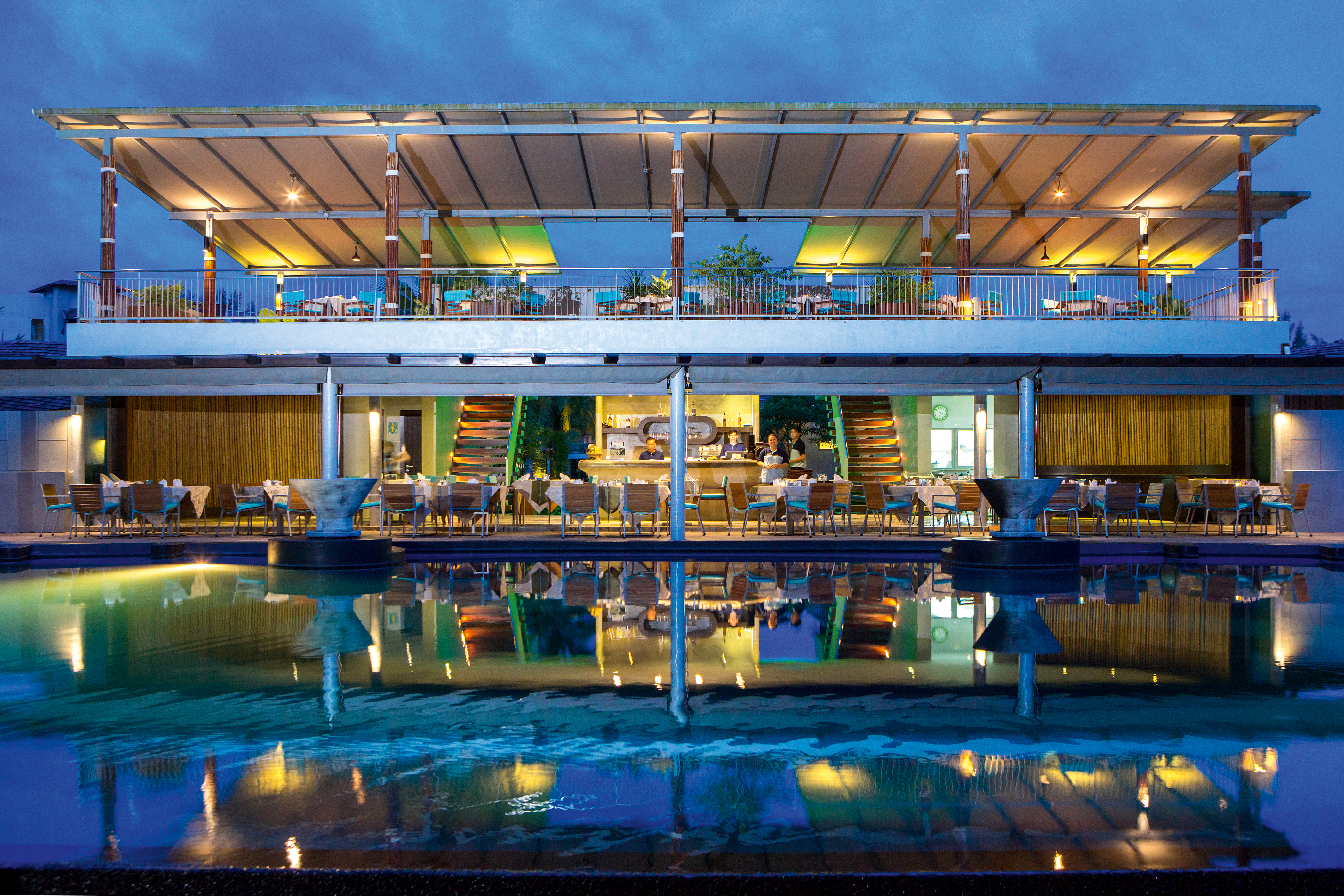 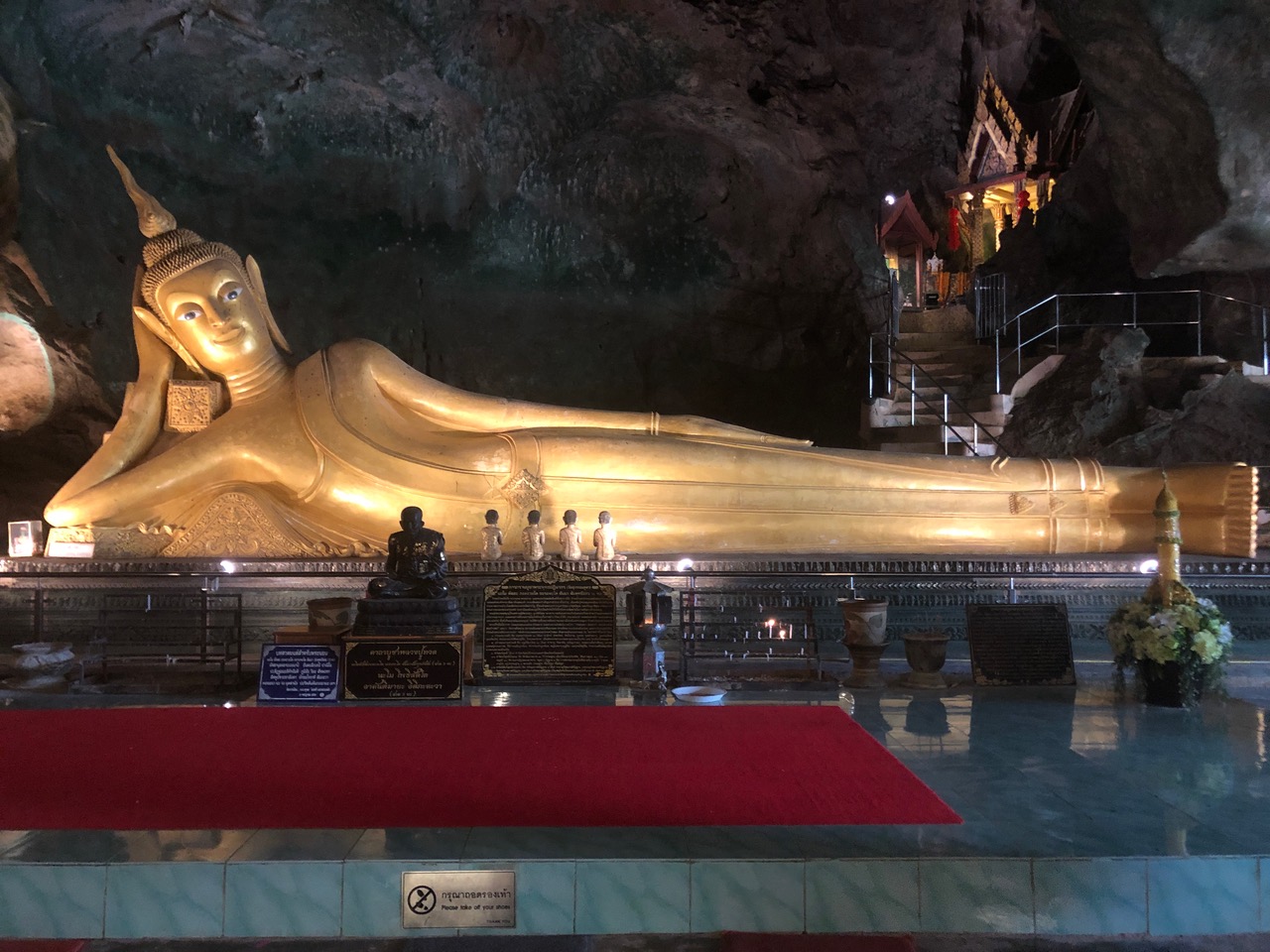 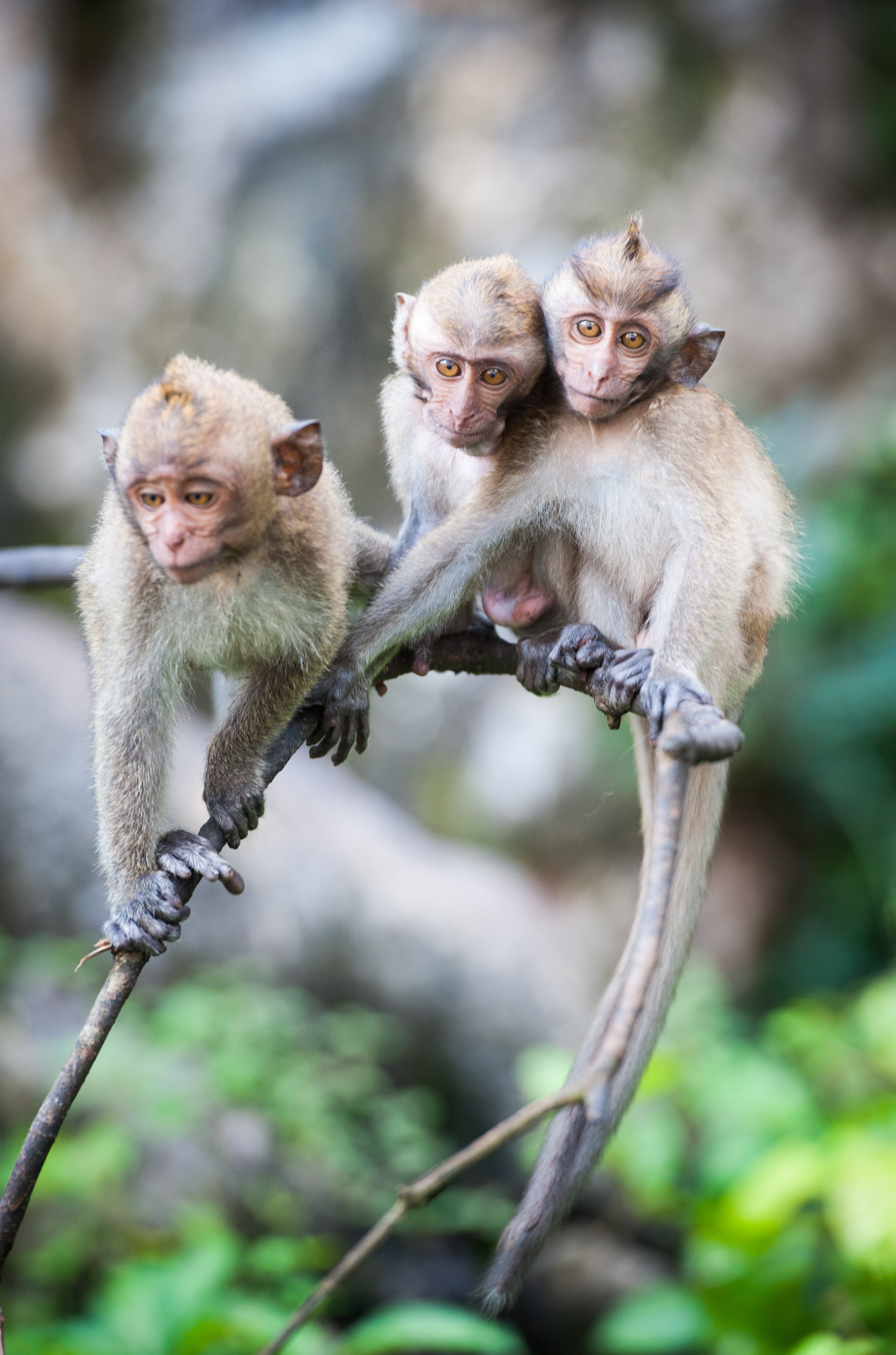