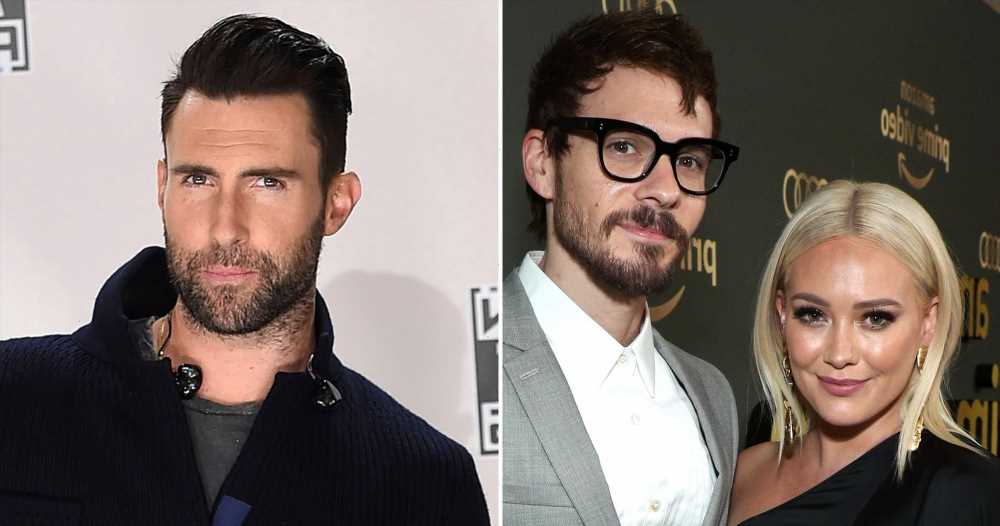 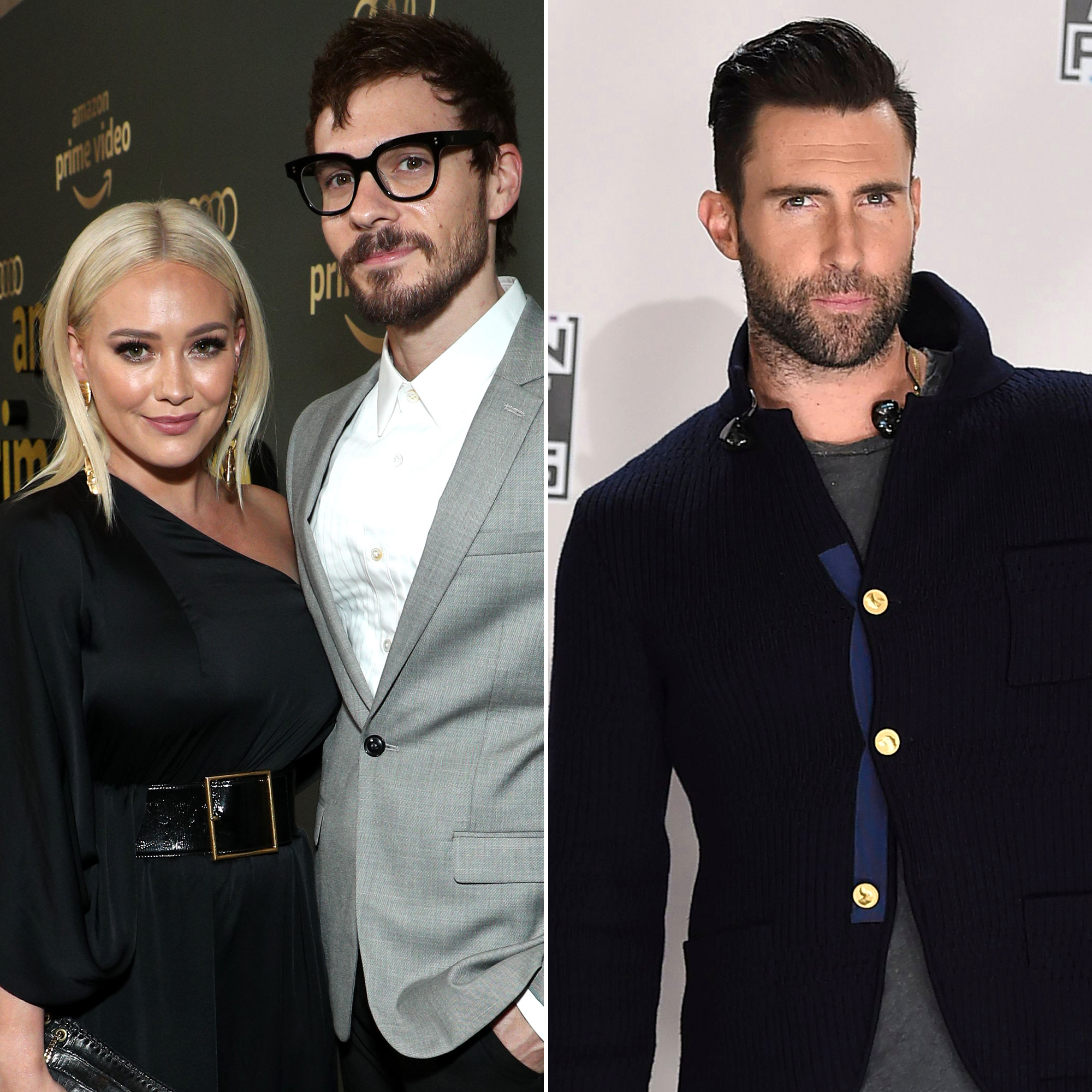 He couldn’t resist! Hilary Duff‘s husband, Matthew Koma, isn’t the only celeb who’s chimed in on Adam Levine‘s alleged infidelity — but he might be the funniest.

The Winnetka Bowling League singer, 35, trolled the former Voice coach, 43, via his Instagram Story on Wednesday, September 21, after multiple women came forward claiming they received flirty DMs from Levine. Koma edited one of the screenshots shared by the accusers, inserting a selfie to make it look like he had sent the photo to Levine.

The Maroon 5 frontman’s responses read, “Holy f–k. Holy f–king f–k. That body of yours is absurd,” as if he were replying to Koma’s thirst trap. 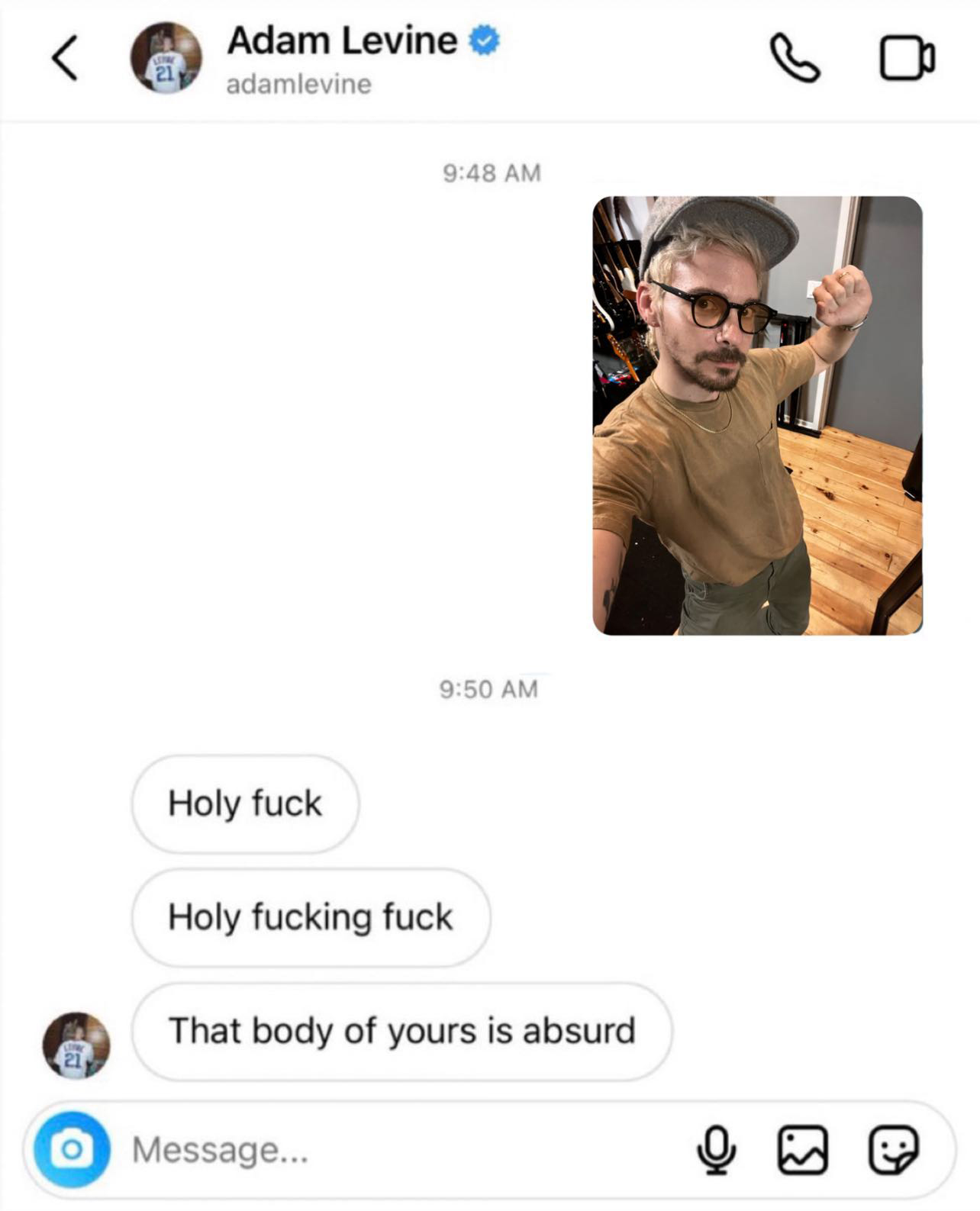 Levine came under fire earlier this week when Sumner Stroh alleged that she had an affair with the Begin Again star, claiming in a TikTok that she was “manipulated” into the relationship. “Embarrassed I was involved [with] a man with this utter lack of remorse and respect,” the 23-year-old captioned her Monday, September 19, video.

Everything to Know About Adam Levine’s Cheating Scandal: What He’s Said

Stroh claimed in her post that Levine reached out to her again after several months of not speaking and asked whether he and wife Behati Prinsloo could use the name Sumner for their third child. Multiple outlets reported earlier this month that the Victoria’s Secret model, 34, is pregnant before she confirmed the news with a baby bump photo on September 15.

The couple, who have been married since 2014, share daughters Dusty Rose, 6, and Gio Grace, 4. As Stroh’s allegations made headlines, Levine denied cheating on Prinsloo in a lengthy statement shared via social media.

“I used poor judgment in speaking with anyone other than my wife in ANY kind of flirtatious manner,” he wrote on Tuesday, September 20. “I did not have an affair, nevertheless, I crossed the line during a regrettable period of my life. In certain instances it became inappropriate. I have addressed that and taken proactive steps to remedy this with my family.”

He added at the time: “My wife and my family is all I care about in this world. To be this naive and stupid enough to risk the only thing that truly matters to me was the greatest mistake I could ever make. I will never make it again. I take full responsibility. We will get through it and we will get through it together.”

Despite his apology, several more women shared their alleged experiences with Levine and posted screenshots of messages supposedly sent by the “Misery” artist. A fitness model named Ashley Russell claimed to the Daily Mail that Levine reached out to her on Instagram earlier this year.

“When I told him he was going to get caught DMing girls like me he stopped texting me,” the 21-year-old alleged. “I think this is the true meaning of disrespect toward a woman. It makes me very sad that he is married and does this immature thing.”

Prinsloo, for her part, has not yet commented on the situation, but plenty of celebrities have shared their thoughts. “When apologizing for cheating publicly, I hate the we will get through it together part from a man,” Chrishell Stause tweeted after Stroh’s videos went viral. “Don’t speak for her. You’ve done enough.”