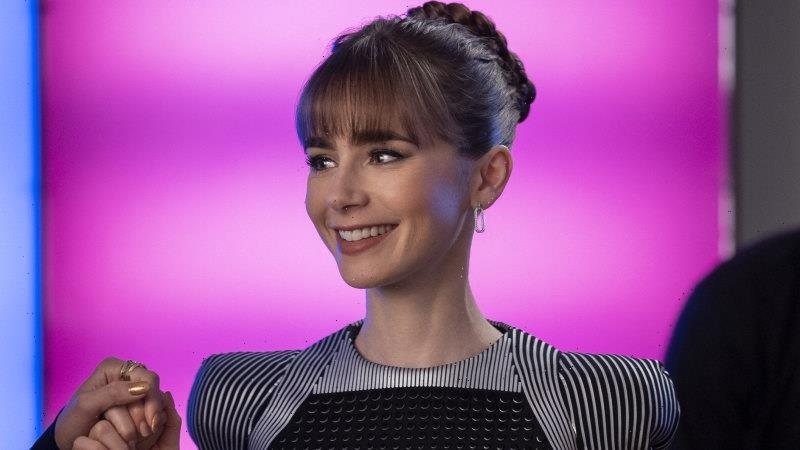 Lily Collins has been Emily in Paris for so long that she’s expected to be a Parisian authority. Three seasons into her run as Emily Cooper, an American marketing executive on assignment in the City of Light, she spends large portions of the year in France and is constantly asked for recommendations. But she’s there to work.

“I don’t have as much free time as I wish that I had to explore,” she says in a phone interview, which she conducts from her car, parked next to the road in Los Angeles before an appointment. “I’m constantly discovering new places and asking for people’s lists because I like the non-tourist spots.” 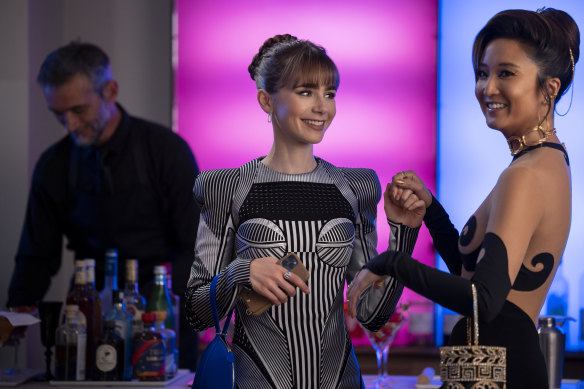 Lily Collins (centre) in the third season of Emily in Paris.Credit:Marie Etchegoyen/Netflix

Collins, 33, has been building her own list by scootering along the Seine, making regular visits to Canal Saint-Martin, and getting to know the side streets around the Clignancourt flea market. But, she admits, one of the best sights in the city is still its most famous.

“Whenever I’m in the city and I look up and I see the Eiffel Tower, it doesn’t matter how many times I’ve seen it, I still get giddy,” she says. “It’s such a feat.”

Season three of Emily in Paris began streaming on Netflix last month. Collins spoke with us about Five Minute Journals, the concept of hygge and other things she gravitates to at home, in Paris and beyond. These are edited excerpts from the conversation.

1. Greeting Cards: I have a box where I keep cards that I’m saving for people. Some are over 10 years old. I have people in mind and I’ll get them cards knowing that one day they’re going to have a 25th birthday and they will need this card. I love the idea that a single piece of paper can say so much about how you’ve been thinking of someone.

2. Self-Portraits: It’s so interesting when an artist or a photographer paints, draws or takes a self-portrait because it’s such an inside look into how someone views themselves. The late photographer Vivian Maier is a really beautiful example. 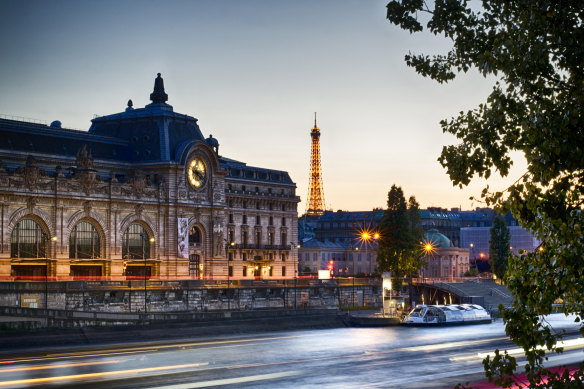 Collins still gets giddy when she catches a glimpse of the Eiffel Tower.Credit:iStock

3. The Five Minute Journal: It gives you easy prompts to answer and helps you be aware of how you can view things in multiple different ways. Instead of saying the crap that happened to you that day and how you were so upset about something, you get to look at how you could have handled certain things throughout the day better, what you were grateful for, what you’re excited about and what’s good in your life. You also write daily affirmations and things that you would like to accomplish. It’s beautiful to look back to previous journals and see how far you’ve grown.

4. Treehotel: One of the bucket-list places that I’d been wanting to stay in was the Treehotel in Swedish Lapland, which is basically a collection of beautiful tree houses. Each tree house looks like something different — a bird’s nest, a UFO, a steel dragonfly. My husband booked us one during our honeymoon that’s high in the trees. Staying there, you get to feel like an adventurer and you get that little kid feeling that I’ve always loved.

5. Word Searches: I have always carried a word search book with me on flights. It’s a way to turn my mind off. They put me in a kind of meditative trance. Also, I get a weird sense of accomplishment when I complete one.

6. Dried Flowers: When we go to farmers’ markets, I always end up finding amazing dried flowers. I sometimes keep them for years so I can look at different flowers and remember where I got them. If I get them from a farmers’ market in a different city or in a different country, I push them in books and bring them back. They’re such romantic mementos.

7. Van Go: On the Magnolia Network show Van Go, Brett Lewis converts things like vans and sprinters into homes, stores, food trucks — whatever people want. It’s an interesting way to see what people need, what they want and what their aesthetics are. It’s also a look at what the core necessities are when you pare things down and what can be done in such a small space.

8. Hygge: I’ve always been someone who loves being cosy: cosy socks, my grandma’s cosy sweater, a fire going, playing a game with friends or family — being cosy in an environment is so important to me. When I learned about the Danish concept, hygge, which means getting cosy, I felt seen, like, oh my God, someone gets me.

9. Coffee: I look for coffee shops everywhere I go. In a foreign city, they can provide a sense of home and a sense of comfort. There’s a Norwegian coffee brand called Tim Wendelboe that I’ve discovered on our many trips to Denmark. It’s probably the most incredible coffee I’ve ever had.

10. Monocle: When we’re travelling, we sometimes schedule our trips around things we read about in Monocle magazine. Art, fashion, you name it, they have the places where residents go and that celebrate local artisans. It also can help dictate where we go next. If there’s a place that is so cool and has all these amazing places to visit that we didn’t know about, maybe that’s the next destination.