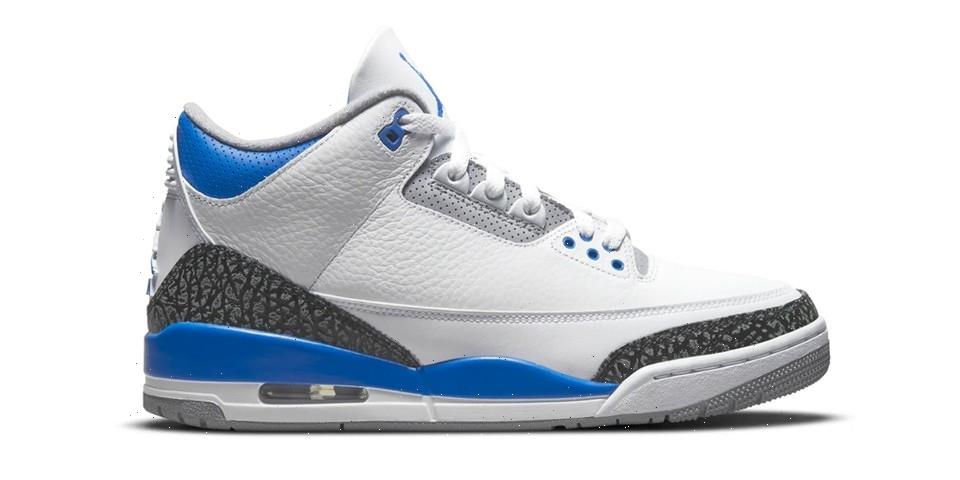 Following a series of early looks, Nike has now officially announced the release of the Air Jordan 3 Retro “Racer Blue.”

The upcoming release from Jordan Brand sees the classic footwear model dressed in a mix of “White/Black/Cement Grey/Racer Blue.” Accompanied by a matching shoebox, the shoe features a tumbled leather upper accented by 3M reflective elephant print, smooth white leather and perforated hits of blue and gray. The blue contrast is continued on the eyelets and branding, while gray sockliners, printed insoles and white/blue Air-assisted midsoles with gray rubber outsoles round up the design of the shoe.

Priced at $190 USD, the Air Jordan 3 Retro “Racer Blue” is now set to release July 10 on Nike SNKRS and at select retailers.