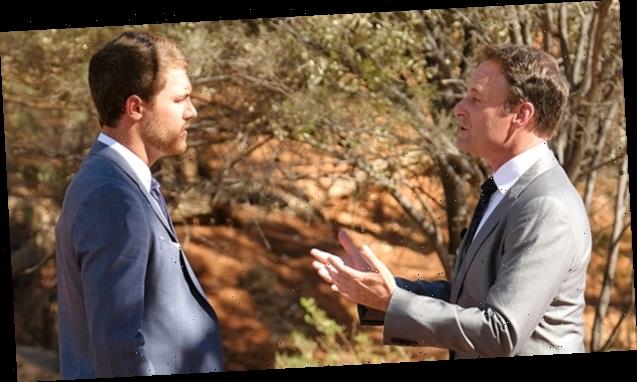 Ahead of the final rose ceremony on season 24 of ‘The Bachelor,’ one woman left Peter Weber brokenhearted when she decided to leave the show and end their relationship.

Madison Prewett left Peter Weber high and dry after their final date on season 24 of The Bachelor. During the show’s March 9 finale, Madison met Peter’s parents, and then went on her last date with Peter. She realized that there were too many issues in their relationship for her to be able to possibly accept a proposal from him at the final rose ceremony. So, rather than sticking around, she told Peter that it was over, and left Australia. They were both in tears as they had the difficult discussion about the state of their relationship.

It all started with Madison’s difficult time meeting Peter’s parents. They hit her with hard questions about the different values that she and Peter have. Afterward, they flat-out told Peter that they thought Hannah Ann Sluss was a better fit for him. “As great as things are when we’re together, I do now see that we are very different people,” Madison admitted in a confessional during the date. “It’s kind of emotional because it’s a lot going on in my mind right now. It’s hard for me to be really present in this moment because we’re kind of at that place right now where we’ve fought, we haven’t given up, but I just realized…it’s kind of time to surrender.”

Finally, she confronted Peter with how she’s feeling. “I came here hoping to find love and I did,” Madison said. “But I think about that phrase that we kept saying…can love conquer all? And it really got me thinking. I think about love and I think about how much I want you and I want this so badly, but I think when you want something so badly, a lot of times you can’t see clearly. As much as we want this, I don’t know if we can give each other what we need. Sometimes I think being a great warrior and being a good fighter is knowing when to surrender. I do think that love still wins and love still conquers all because I’m willing to walk away to get what you came here to find.”

Of course, Peter didn’t want to let her go that easily, but Madison stuck to her guns. “I just think that we see things so differently,” she explained. “We expect such different things. There’s always going to be a level of misunderstanding and I don’t want us to feel like we have to work into overtime to love each other.” Peter was confused — the day before, Madison wanted to fight for them, and now she doesn’t.

She admitted that everything changed on the night of the fantasy suites, and after the day with his parents, she simply realized how different they really were. “I wouldn’t want you to feel like you have to change any of that for someone who you want to be with,” she told Peter. “And I wouldn’t want to feel like I have to change any of that for someone I want to be with.” At the end of the day, it came down to Madison wanting to be “realistic” and think about “life outside” the show. “I don’t know that we’re best for each other,” she concluded, and they officially ended things.

Although Peter and Madison’s relationship was strong all season long, they began struggling during fantasy suites week. Before Peter’s overnight dates with the top three, Madison warned him that it would be difficult for her to accept a proposal if he slept with the other women (Victoria Fuller and/or Hannah Ann). She reiterated these feelings during their one-on-one date, and Peter had no choice but to admit that he had been intimate with the other ladies. Madison walked away from their date, leaving Peter unsure about how she felt.

Madison almost didn’t come to the final three rose ceremony, but showed up at the last minute, and hesitatingly accepted a rose from Peter. Unfortunately, the issues they had were not resolved in time for the last rose ceremony, which is why Madison decided to end things.