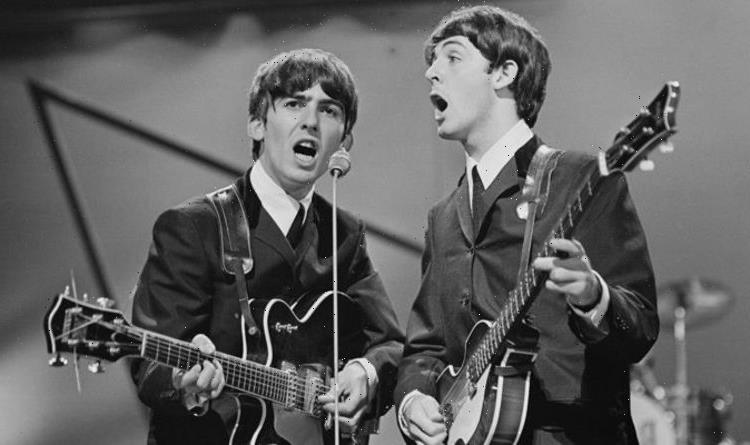 On his Instagram account, Sir Paul McCartney posted a picture of himself with the two Georges enjoying a cup of tea in The Beatles’ heyday.

The photograph was taken by Macca’s late first wife Linda McCartney, who died in April 1998 aged 56.

The surviving Beatle also paid tribute to George Harrison on February 25, for what would have been his 78th birthday. 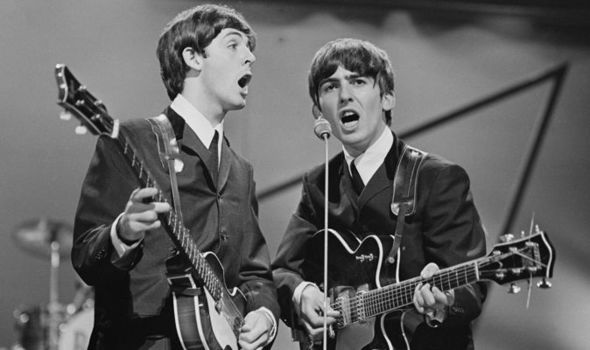 Sir Paul posted a photograph of himself with Harrison in what looks like the late 1960s.

The 78-year-old wrote on his Instagram: “Have a great day on what would have been my mate George’s birthday – Paul.”

It turns out Macca has an evergreen coniferous tree that the Quiet Beatle gifted to him before his death.

Sir Paul told All Things Considered in December how he still talks to Harrison through the tree near his East Sussex home.

Sir Paul said how Harrison was very into horticulture and a great gardener.

Macca shared: “He gave me [the] tree as a present. It’s a big fir tree and it’s by my gate.

“As I was leaving my house [on the morning of December 18], I got out of the car close the gate and looked up at the tree and said, ‘Hi, George.’

“There he is, growing strongly… that takes me back to the time when I hitchhiked with him! [George and John Lennon still have] an ever-present presence.”

Sir Paul added: “That’s the tree George gave me. George has entered that tree for me. I hope he’s happy with that.”

Last year marked what would have been John Lennon’s 80th birthday, as well as 40 years since his death.

For Lennon’s birthday, Macca posted a picture of himself with the late Beatle working on lyrics in a studio together.

He wrote: “I love this picture, it reminds me of the bond between us. Happy 80th John. Love Paul.”

On the day of Lennon’s 80th birthday on October 9, the Empire State Building in New York City was lit up sky blue with a white peace sign in his memory.

While paying tribute 40 years after his death in December 1980, Sir Paul posted another picture of the two of them together.

The 78-year-old wrote: “A sad, sad day but remembering my friend John with the great joy he brought to the world.

“I will always be proud and happy to have known and worked with this incredible Scouser! X love Paul.”