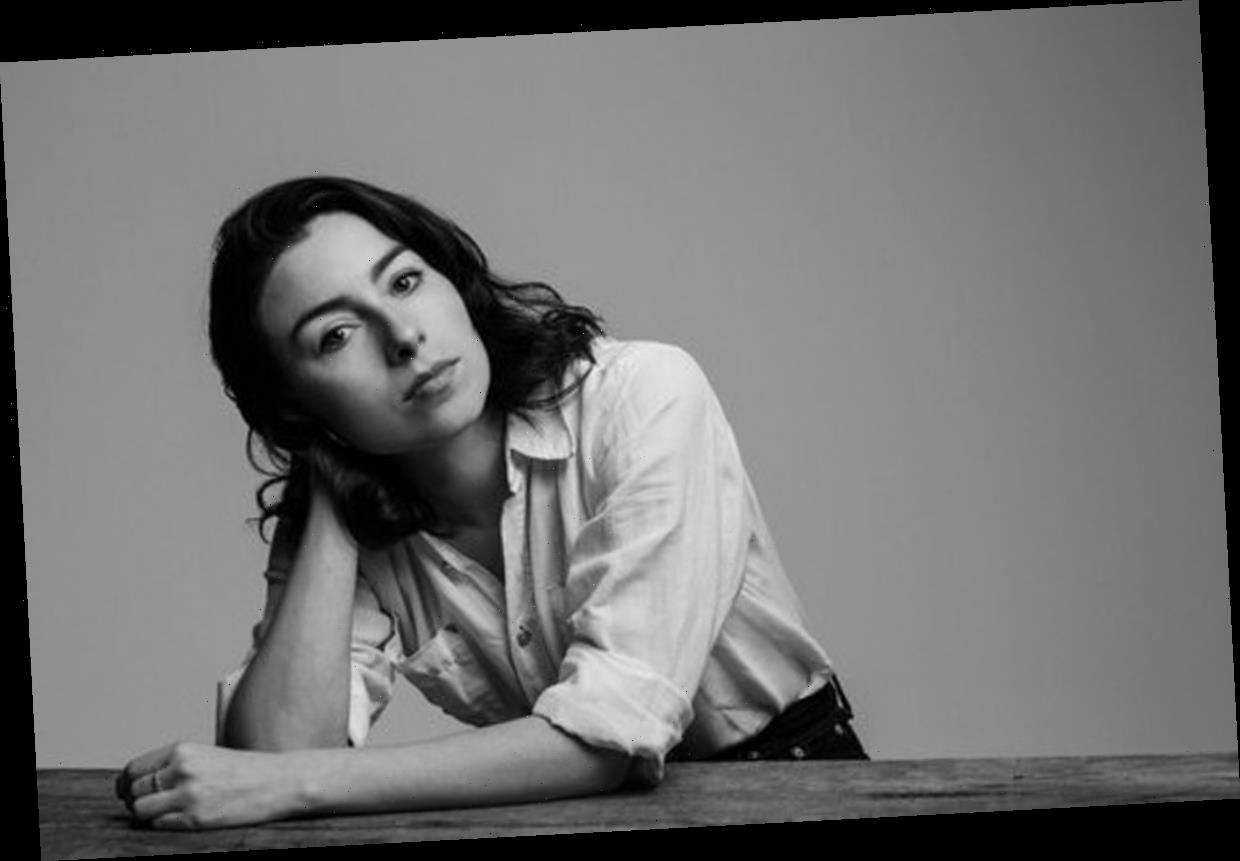 A debut essay collection that attempts to bridge the gap between the spiritual and secular realms just landed on store shelves, and — with its tales of high art, reality TV, and anti-Trump Mormon bloggers — it couldn’t be more timely. You can start reading Jordan Kisner’s Thin Places: Essays from In Between right now, exclusively on Bustle. Kisner’s debut is also available for purchase today.

The excerpt below highlights one of Thin Places‘ most pervasive tensions: two sudden changes in Kisner’s spiritual beliefs, spaced only a few years apart. After her nonreligious parents accidentally shipped her elementary school-aged self off to an evangelical summer camp, she became a born-again Christian, seemingly out of nowhere. But less than five years later, Kisner’s newfound faith vanished as suddenly as it had appeared, leaving her to wrestle with questions of how and why spiritual beliefs come into our lives.

When I was twenty I skipped spring break to spend a week in Grand Rapids, Michigan, asking Christians to tell me how they got saved. One of my classes that semester involved creating a piece of documentary theater about the cultural schism between conservative Christians and secular liberals, and it had been decided that one part of the writing team would travel to New York to talk to atheists while others of us would be sent to the Midwest to find the believers. I was sent to the believers.

I spent the week in a rental car with two other students and a professor, shuttling back and forth across strips of highway meeting our interview subjects in coffee shops, motel rooms, and their homes. I spoke with two women who told me Jesus had saved them from suicide, and one whom Jesus had saved from being shot by her boyfriend. We met with a young pastor, vibrant and curly haired, who explained the joy of following a god who instructed you to love people. Toward the end of the week, the professor and I drove at twilight to the home of an evangelical police officer who had moved to the city’s outskirts. The house stood, trim and modest, on a wind-chapped block, and the officer let us in his kitchen door as his wife was taking a casserole out of the oven. He was dressed in regular clothes, and he escorted us into the darkening living room, where his daughters sat arranging a puzzle on the carpet. There were two long couches, and we struggled out of our winter coats and settled opposite him to talk. Before I could turn on my recorder, he stopped us.

“First I want to know where you stand with God.”

“I want to know what your relationship is with Jesus Christ. Is He your Lord and Savior?”

Maybe everyone remembers themselves at twenty and thinks, Wow, I was impossibly young, but really I was so young, so eager to be good, so doe-like in the face of confrontation. After a brief silence, I managed to say that I didn’t know about Jesus Christ, whether he really was the son of God or just a good man, but I supposed his legacy was significant either way.

The man grimaced. “No, that’s wrong.” He seemed ready for my answer, as if he had been hoping to say what he said next. “Jesus Christ being the literal son of God is the basis of all human morality. It’s the truth that our whole lives hinge on.”

He went on. “If Jesus didn’t die so that I could be forgiven in my brokenness and join God in eternal life” — and here the police officer leaned forward and clasped his fingers together to make the shape of a gun, which he leveled at my forehead — “if Jesus was not the son of God, then there would be nothing to keep me from shooting you in the head right now.”

Technically, I have been saved through Jesus Christ. I was eight or maybe nine when a handful of kids delivered my soul to Jesus at summer camp. The twins primarily responsible for the conversion were canary blond, freckled head to toe, and passionate for Christ. The back seat of their mother’s car was the site of their first efforts. Camp, which we would attend together, was only a few days away, and they wanted to give me a preview.

Did I know about Jesus?

Did I know He’s the son of God, and our Lord and Savior, and God gave Him to us so He could die for our sins and send us all to heaven?

Had I taken Jesus into my heart and made Him master of my life?

Did I know that when I did, the angels would throw a huge party in heaven and then start building my most perfect house there, like, the most amazing house ever?

Could I hear Jesus knocking at the door to my heart?

Could I hear Him?

I guessed I did kind of hear the knocking. Jesus was a new fairy tale, walking on water, multiplying fish, but their description of God, an all-knowing, all-loving being who watched over every step I took — this made intuitive sense. I was already aware of a great Somethingness that was at work in the world. The signs were everywhere: the way I saw symphonies of color when I closed my eyes to think; the way ocean tides felt sentient, like a creature to whose moods I submitted my body; the discovery that air looks invisible but a bright light beamed in a dark room reveals millions of particles swirling.

I lived inside what the poet Christian Wiman calls “that universally animate energy, that primal permeability of mind and matter that children both intuit and inhabit… that clear and endlessly creative existence that a word like ‘faith’ can only stain.” Christianity offered a new language for that feeling, and, as language does, it reframed my world according to its logic.

My family had never been religious — it was by accident that they sent me to a Bible camp. (The twins had been before, and their mother suggested a group of our school friends go together.) My mother was raised Catholic, but exited the church in her twenties; my father often suggests that organized religion is the world’s oldest and most effective smoke screen for human violence, greed, and stupidity. For a brief time when I was in kindergarten, we attended services at a local Presbyterian church at the behest of my mother, but my father eventually refused to go, and so we all gave it up. My brother, so far as I know, has never felt the slightest interest in any of it.

At the camp, which took place in the mountains between Los Angeles and the Mohave, all the counselors took new names in Christ, having been forbidden to tell us their given names, a policy that now strikes me as disconcerting. My counselor, a ruddy-faced and radiant woman who I loved passionately, named herself Sonshine because she wanted the light of the Son of God to shine through her. At night, around the bonfire, the camp director gave impassioned talks about the goodness of Christ, and asked whether there were any among us who had not yet given our lives to Him.

If today is the day that you want to change everything and be born again in everlasting life, to have all your sins wiped clean and to join with God forever, come down to the fire, he’d say, looking around the little amphitheater.

Kids in sweatshirts with sunburned noses would tramp down the dusty bleachers and approach the director, looking determined and mortified. Counselors palmed their skulls and prayed over them. Some of the converts cried a little, but more often the kids watching did, the ones who had already been saved. At the end of the praying, the counselors would present the saved kids back to us proudly, like gleaming soul-trophies. I declined to be saved in this way, mostly because the spectacle made me shy. Instead, I whispered the “Jesus, I open my heart to you” speech in my sleeping bag one night at bedtime. We were sleeping out on the deck of our cabin, and while my friends exchanged nighttime chatter, I studied the silhouette of the tree line against the stars and repeated the oath as I’d learned it. After, I leaned over to one of the twins and whispered what I’d done.

I’m aware, though I wasn’t then, that it’s commonly thought that people who go from zero to born-again must be coping with some kind of trauma, or feel broken and in need of saving. That’s not universally true, nor, I think, a bad way to find faith, if that’s your thing. But as a child, I was neither traumatized nor broken; I was just naturally reverent. There wasn’t anything about my life crying out for radical change. I felt, as if on a cellular level, that God was true.