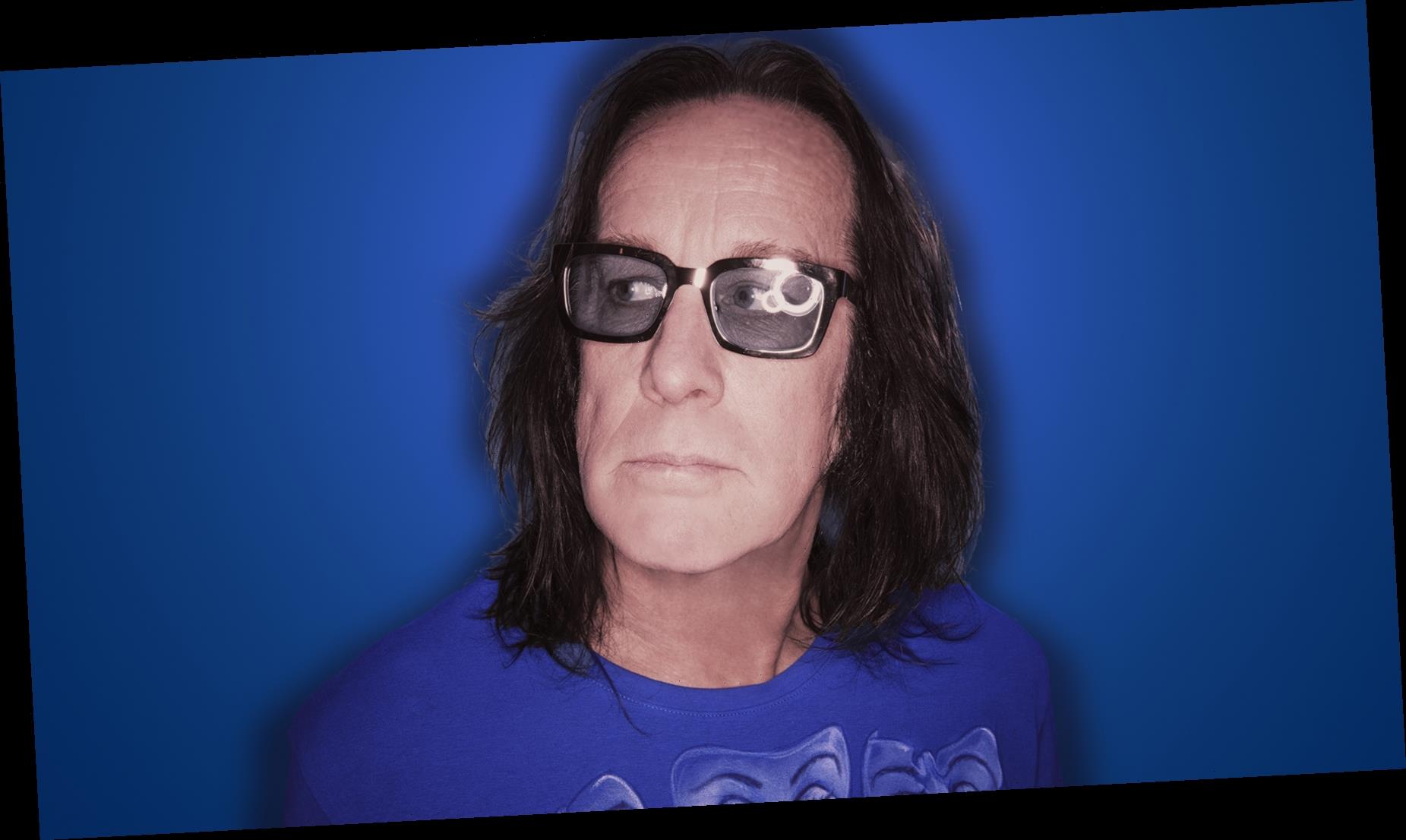 After recalling the first time he recorded a song and bought a guitar, Rundgren discusses the first synthesizer he ever owned, which he purchased at Manny’s in New York City. Weeks later, he received a phone call from the store saying, “There’s this guy in here from Pink Floyd, his name’s Dave Gilmour. He’s interested in a synthesizer but you’ve got the only one we had.” Gilmore went over to Rundgren’s, where they fiddled with the machine. “And that’s how I met Dave Gilmour,” he says with a laugh.

The first time a piece of art made Rundgren emotional was Gene Kelly’s 1962 film Gigot starring Jackie Gleason. His younger brother, however, did not enjoy it. “It was this weird kind of scene where this movie is making me really sentimental, and at the same time, I’m really pissed at my little brother because he won’t let me sit there and blubber in piece,” he says.

Rundgren has a legendary list of producer credits, working on albums like the New York Dolls self-titled 1973 debut and Meat Loaf’s Bat Out of Hell. Working on the title track of Grand Funk Railroad’s We’re an American Band was particularly wild. “The single came out, and before the week was over, DJs were already adding it,” he says of the quick process. “A week later we’re still in the studio working on the record, and the single’s in the Top 20. And by the time we finish the album, the single’s in the Top 5. And then we all go home and the single goes to Number One. Nothing like that has ever happened to me since then.”

The video concludes with Rundgren describing the first time he got high with his best friend, Randy. “While taking drugs for a lot of people is an escapist exercise — they’re just trying to get away from themselves — I always learn something about myself,” he notes. “Thankfully, a lot of it sticks with me after I’m not high anymore, so I can make some use out of it.”