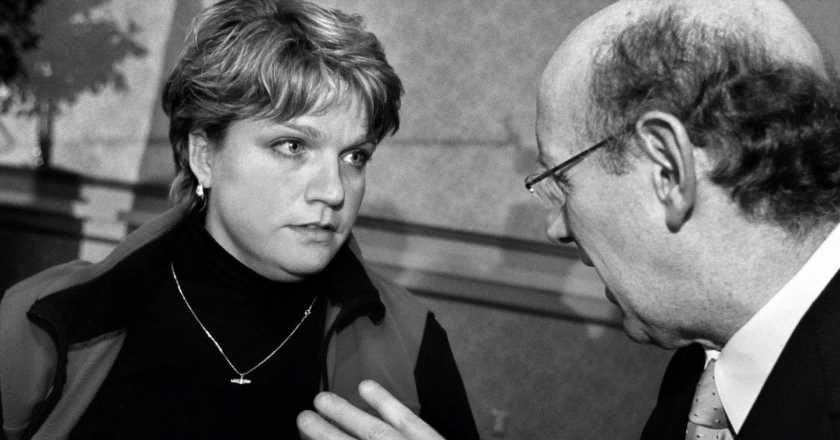 “Behind every number is someone worth fighting for.” Netflix’s moving drama Worth tells the true story of the aftermath of the 9/11 terror attacks.

11 September 2021 marks two decades since the world watched in horror as the World Trade Center was attacked by Al-Qaeda terrorists in hijacked planes. Over 2,977 civilians lost their lives, and it was estimated that a further 25,000 were injured.

Now from directorSara Colangelo comes, Worth, a moving drama based on the real events that followed the attacks, as the victims’ families struggled for fair compensation for their loved ones.

9/11: Inside The President’s War Room gives a behind-the-scenes look at the reaction to the tragedy

The gripping emotional film is inspired by Kenneth Feinberg’s memoir What Is Life Worth? which recounts the emotional reckoning he faced when he had to attempt to put a dollar value on the lives lost.

As the film’s synopsis explains: “An attorney in Washington D.C. battles against cynicism, bureaucracy and politics to help the victims of 9/11.”

Starring Michael Keaton as figurehead lawyer Kenneth Feinberg and Stanley Tucci as widower and vocal critic Charles Wolf, Worth follows the true story of the creation of the September 11th Victim Compensation Fund, a deal authorised by congress that offered payments to families of the victims of the 9/11 attacks in exchange for their agreement to not sue the airlines.

Stanley Tucci plays Charles Wolf, whose wife was killed in the 9/11 terror attacks

“The victims and their families will be compensated on the economic value that was lost,” we see Feinberg explain in the trailer. In another emotional scene, a distraught father declares “my daughter is worth just as much as anybody.”

While Feinberg has the impossible job of deciding how much to pay each victim’s surviving loved ones, Wolf challenges him to see beyond the numbers.

Charles Wolf’s wife, Katherine, was 40 when she was killed in the 9/11 attacks. As Esquire reports, she had just started a new job as an executive assistant within the financial services firm Marsh & McClennan and the company’s offices were on the 97th floor of the World Trade Center’s North Tower. Katherine’s job technically started at 9 a.m. but her boss had recently asked her to come in at 8:30 a.m. instead. When the first plane struck the north tower at 8.46am, Katherine had just settled into her desk.

After her death, he dedicated his life to 9/11 survivor’s rights, starting with his campaign to reform the September 11th Victim Compensation Fund.

“My wife died that day and everything about this formula offends me,” Tucci, as Wolf, tells Feinberg, before organising a resistance and demanding changes to the fund’s compensation structure.

Wolf continued his advocacy work on behalf of families of victims of the 9/11 attacks, providing guidance on the redevelopment of the Ground Zero site and acting as an ongoing spokesperson for family members of victims during meetings with senators, presidents, and foreign officials.

Michael Keaton and Stanley Tucci star in the drama

As The Washington Post reports, the process of overseeing the compensation fund “wrecked” Feinberg. In the trailer, Wolf questions Keaton’s Feinberg “What would your life be worth?”as he attempts to find a balance between empathy, justice and doing his job.

“You cry in private, never professionally in front of the families,” Kenneth Feinberg said in a previous interview about how he handled the responsibility. “And then you’re up all night. What do we do with this one? What about this? What about them? And it’s just debilitating.”

Even after finishing the disbursements for the 9/11 attacks, Feinberg and his firm became the go-to law firm to administer compensatory funds following other tragedies, such as the mass shootings at Virginia Tech University and Sandy Hook Elementary School, as well as the 2010 BP oil spill.

Reviews for Worth have termed it a “beautifully-rendered, highly emotional 9/11 drama,” with The Guardian calling it “a necessary tribute” that is “ the best 9/11 movie to date.”

Watch the trailer for Worth:

Worth is available to stream on Netflix now.