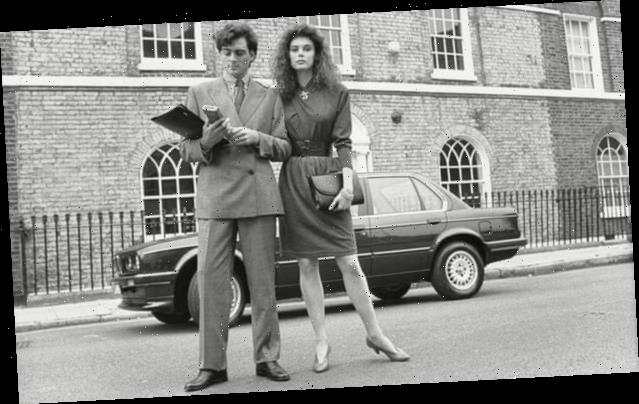 We live in a country shaped by our past but we are not very good at understanding it – not least when it comes to the debates about living standards and inequality that are central to our politics and economics. If we want to make sense of how Brexit Britain got to this point and where to go from here, the task is not just to recognise the legacy of decades past but also that times change, asking new questions of us as they do so.

Too often, the stories told on both sides of our politics drive towards the wrong questions and offer the wrong policy answers. For the left, that means asserting that inequality is always rising. This is not only wrong, but dangerous in spreading the idea it is normal, when it’s anything but.

For the right, it’s trumpeting record employment and the fact that inequality hasn’t risen recently. This doesn’t recognise that we’ve never had it so bad when it comes to living standards growth and that now it’s the poorest households faring worst.

So what is our nation’s inequality story? Last week, it became clearer by way of the information packed into one chart. The 1980s is the place to start: a decade that not only transformed us but has such a hold on collective memory that it dominates many people’s ideas of what is happening today.

This is the decade that gave us strong income growth and soaring inequality. For typical households it was a good decade, with their incomes growing by a very healthy 28%. For the rich it was boom-time Britain, with incomes surging by 64%. There’s a reason why this was the decade the yuppies turned up. As the top pulled away from the middle, the middle also pulled away from the bottom – with unemployment topping three million.

The fact that soaring inequality was combined with strong income growth is crucial for those on the left who fail to understand why Margaret Thatcher dominated that decade’s politics or for those on the right who wonder why she is so toxic to the people and places left behind.

The 1990s was a calmer decade, with steady income growth more evenly shared. Its early years saw higher housing costs putting pressure on living standards and the gap between rich and poor. It’s that surge in housing costs that we’re all living with today.

The end of that decade and the earlier years of the 2000s were good times. Everyone did well – reminding us all that there’s no reason why decent income has to translate into higher inequality. Across the 2000s, the poorest and the richest both fared decently. The former saw increases in government support, while the top did well from this phase of hyper-globalisation. It was the middle that got left behind in the first decade of this century – remember the “squeezed middle”?

And then came the financial crisis. As you might expect from a banking crisis, it was the rich that lost most initially, driving the only significant fall in inequality the UK has seen in half a century. But don’t get too excited: the big picture is that we have been stuck with the high levels of inequality bequeathed to us by the 1980s ever since.

It’s not just inequality that was broadly flat in the 2010s; so were incomes. The earnings squeeze meant average pay only returned to its pre-crisis peak last month – a full 12 years on. Had earnings growth continued on its pre-crisis trend, we would have been earning an average of £141 a week more.

We have never seen anything like this before. Families have attempted to cope with this massive hit to incomes by finding jobs – three million more of us are working, hence record employment figures – and by working longer hours. This is why families today feel so squeezed in terms of both cash and time.

As we have moved further away from the crisis, it is the people at the bottom, not the top, who are doing worst. New data last week showed that everyone’s living standards were squeezed last year by the high inflation and weak growth following the 2016 referendum, but the living standards of the poorest actually fell.

This hasn’t happened by accident or through the inherent evils of capitalism – poorer households have seen the biggest employment gains and benefited from a fast-rising minimum wage that means low pay is falling for the first time in four decades. Instead, it is the result of policy choices. Cuts since 2010 have made social security £34bn a year less generous, with the bottom 20% of families losing an average of a tenth of their incomes. The result is child poverty on the rise, increasing in four of the last five years and at risk of reaching record highs of nearly five million children by 2024.

So where does this tour of 40 years of history leave us? With some clear tasks. Most immediately, putting an end to the shameful increases in child poverty. Then recognising that our twin challenges are to reverse the inequality between people and places given to us by the 1980s, while restarting the living standards growth that evaded us in the 2010s.

In so doing so we need to hold on to some truths. The forces reshaping our economy today are not those of previous decades, but nor do all the problems created by the past simply go away by themselves. Policy matters, but it can help solve problems we inherit – or create new ones. Our job is to understand our country, not simply inhabit it.

Living up to that means digging much deeper than the simple stories both left and right tell themselves about decades gone by. That’s how we start crafting a new story of Britain – one with a happier ending.

• Torsten Bell is chief executive of the Resolution Foundation