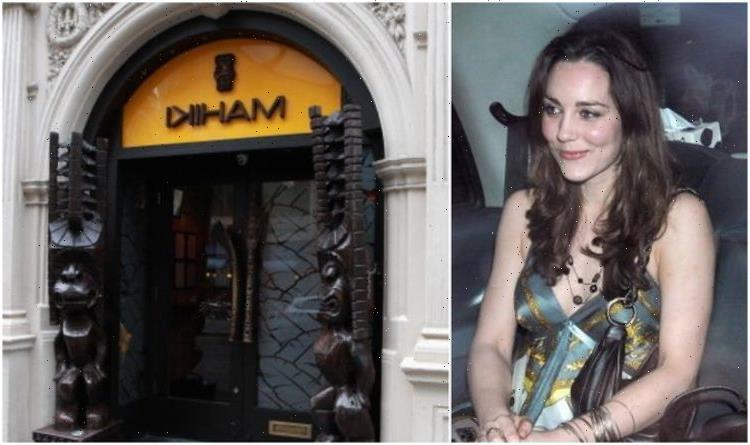 The Royal Family’s favourite party hangout, Mahiki, on 1 Dover Street, has been converted to a new club, called TABŪ. The refurbishment reportedly cost £3.5million, and the new club on the legendary Mayfair site, TABŪ, will be owned by the same management as the popular nightclub, the London Reign. The owner of the London Reign, Asher Grant, has announced his next club ‘TABŪ’ will take over the iconic former Mahiki site at 1 Dover Street in Mayfair.

Due to Mahiki being so popular among the royals, 1 Dover Street grew to become one of London’s most talked-about addresses.

It earned its place as a favourite party haunt for royals and celebrities alike.

According to a spokesperson for TABŪ: “Mahiki occupied a top spot on the London party circuit for more than 16 years.

“But now, the Dover Street venue has changed hands; new at the helm is Asher Grant, who is also the owner of A-list favourite, The London REIGN show club.

“Asher and his partners have completely transformed the 6000 square feet site with a £3.5million refurbishment; the space now boasts a swanky, Japanese-inspired cocktail lounge on the ground floor, and an edgy ‘Tokyo night club’ on the lower level.”

TABŪ will be very popular now clubs have finally opened due to coronavirus restrictions being lifted.

Asher told Express.co.uk: “Mahiki was one of the first clubs I went to when I moved to London as a young man, so the opportunity to re-ignite this famous venue was too good to pass up”.

TABŪ will open its doors for the first time on Thursday October 28.

Mahiki was the flamboyant nightclub where A-listers and royals had amazing nights out.

“The point about Mahiki is that it was FUN,” said Henry Conway, who hosted Thursday nights there for years.

“When it opened, clubbing in London used to take itself very seriously – everyone was trying to look like they were in a music video. Mahiki was camp and irreverent.

“It was trying to be the opposite of cool.”

Piers Adam, the club’s co-founder, said the secret to Mahiki’s success was its broad appeal.

The Princes felt safe at Mahiki because they knew the club owners were not going to call the papers, although the paparazzi would often wait outside.

The way the club was arranged meant it could be quite private: there was a roped-off area and a separate karaoke room.

William and Harry would reportedly come and go via the staff entrance, or arrive wearing balaclavas, and their friends too.

Kate and Pippa Middleton also enjoyed attending the royal hangout, with many photos of the sisters having a great time in the late 2000s.

Unlike other London clubs of the time, which played either R&B or house music, Mahiki played only unashamedly joyous tunes.

They were cheesy and fun, with songs by artists such as the Bee Gees followed by Britney Spears.

“We only play music that people genuinely want to dance to,” said Piers.

“Whether that’s Madonna or Sister Sledge or Wham!”