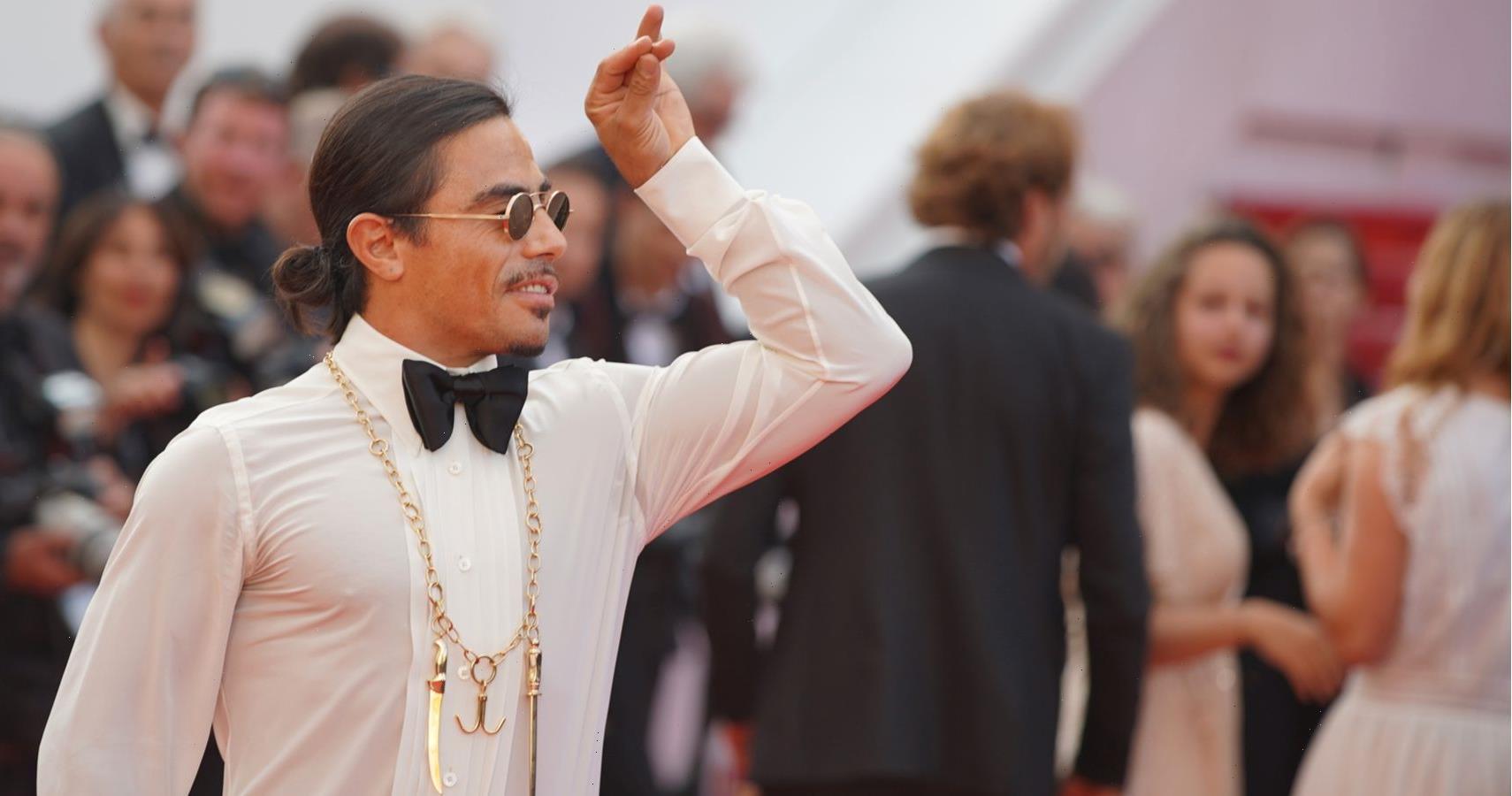 Nusret Gokce, known ardently as ‘Salt Bae’, is a popular Turkish chef, food entertainer, and restaurateur. This unique personality first came into prominence for his rather unorthodox preparation and seasoning meat, culminating in a popular ‘Internet Meme’ back in 2017. The passionate culinary professional is the proud owner of ‘Nusr-Et’, a chain of luxury steakhouses present in popular locations such as Beverly Hills in the United States, Dubai, and even London, to name a few.

It wasn’t all smooth sailing for the popular Turkish chef, as his rise to the top of fame and fortune was riddled with challenging situations that presented themselves in his personal as well as professional existence. However, the creative culinary genius managed to overcome all adversity through his rather appealing cooking techniques and unmatched passion for food, which in turn was well-received by the vast and spirited gourmand community, making him one of the most beloved and influential chefs the world has ever seen.

2010 was a special one for Nusret Gokce, as this year marked the beginning of the famous Turkish chef’s vast culinary empire. At the age of 27, Salt Bae opened the doors to his first-ever steakhouse titled ‘Nusr-Et’. It was a rather modest set-up that featured eight tables and ten employees, but it was the level of quality put forth by the tiny steakhouse that changed its fortunes forever.

Swooned by the exquisite dining experience put forth by Nusret and his tiny team, a wealthy Turkish businessman invested in the budding business, giving Nusret the liberty to further expand his business in areas such as Dubai, Doha, and even Ankara, giving the Middle East a passionate taste of the ‘Nusr-Et’ moniker.

The Start Of Something Special: The Infamous ‘Ottoman Steak’ Clip

The evolution of the ‘Salt Bae’ moniker gathered immense momentum through this mere 36-second video posted by Nusret on the popular social media portal, Instagram. The eminent video clip titled ‘Ottoman Steak’ shows the famous Turkish chef displaying his uncanny ability to slice a bone-in-steak and finishing off this rather skillful display of butchering with his trademark sprinkling of salt.

Nusret’s path to fame and fortune was inevitably set ablaze, as renowned singer Bruno Mars displayed his fair share of excitement by sharing a photograph depicting Salt Bae’s passionate take on the culinary arts on the popular social media portal, Twitter, with the post receiving a surplus of 2 million views in a short span of 48 hours, turning Salt Bae into an overnight sensation.

Salt Bae’s infamous butchering skills and patented salt sprinkling technique certainly took the internet by storm. This immense notoriety resulted in the talented Turkish chef opening thirteen other luxury steakhouses worldwide, ranging from Abu Dhabi to Miami. With a strong workforce of over 600 employees and several celebrities like Drake, P Diddy, and even DJ Khaled giving him their seal of approval, Salt Bae can quickly be deemed as one of the most successful and influential restaurateurs the world has ever seen.

Salt Bae’s culinary journey is inspiring to say the least. The talented Turkish chef is a definitive example of how hard work is the foundation of success, with his sheer passion and love for the culinary arts turning him into one of the most popular and accomplished restaurateurs the world has ever seen. His awe-inspiring tale of success can also be attributed to the power of social media, with his unique skill-set and unorthodox cooking techniques receiving a well-established platform, further accentuating his immense popularity and global reach. The hard work put forth by the chef remains stronger than ever, with the ‘Nusr-Et’ chain of luxury steakhouses staring at a rather bright and optimistic future.

READ NEXT: 15 Things You Didn’t Know About Salt Bae