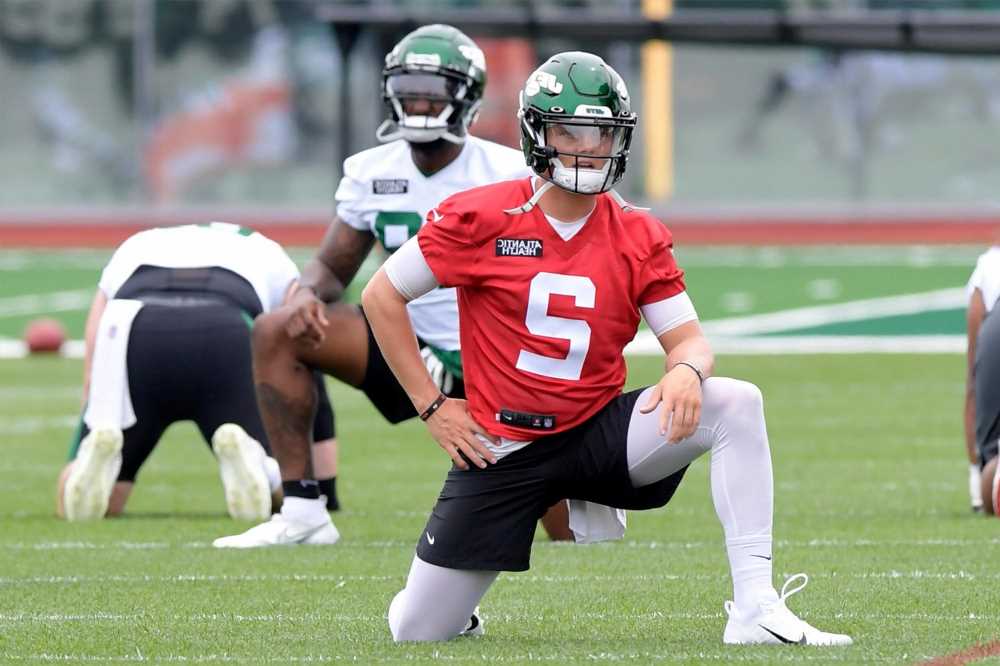 The clock is ticking for Jets to sign rookie QB

Former Jets star’s historic contract talks not ‘close at all’

Inside look at the AFC East

Dynamic rookie among Jets to watch at training camp

The Jets may be opening their first practice of training camp without their prized offseason addition.

As of Tuesday afternoon, rookie quarterback Zach Wilson remained unsigned as the two sides fight over language in his contract. Wilson is one of two draft picks who have not signed their contracts — along with 49ers quarterback Trey Lance, who was taken one spot after Wilson this year with the No. 3-overall pick.

The holdup is believed to be over offset language in the contract. Offsets allow teams to recoup money if a player is cut before his contract is over and signs with another team. Most teams require offsets, but it has become a sticking point in rookie deals over the past decade. Wilson’s four-year contract will be worth about $35.1 million with a $22.9 million signing bonus once he signs it. Under the current collective bargaining agreement, the money is slotted, leaving very little to negotiate. Still, Wilson’s agent and the Jets have found something to argue about, and now Wilson may miss the start of camp.

Wilson was the only Jets player who did not report on Tuesday. A recent social media post suggested he was in California.

“From a rookie standpoint you need as many reps as you can,” coach Robert Saleh said. “Veterans always get off days here and there anyways, so they do miss. But it’s something he’ll have to navigate through. I’ve got a lot of faith in Zach, too. He is incredibly intelligent, he’s got a tremendous drive, so when he does get here, I know somehow, someway he’ll make up for it.”

The Jets only have two quarterbacks under contract at the moment — Mike White and James Morgan. Neither has ever taken a snap in an NFL game. It will be quite a letdown if one of them is under center when the Jets take the field on Wednesday.

Saleh left the door open for the Jets to sign a veteran quarterback. One became available on Tuesday when the Packers released Blake Bortles.

OT Mekhi Becton said the foot injury that kept him sidelined this spring is healed and he is ready to practice. As for his weight, Becton declined to say what it is, but said he hit his goal weight, and he and the staff are happy with where he is.

Becton had a strong rookie season in 2020, something he wants to build on this year.

“I’m trying to take it to another level,” Becton said. “I was good last year but I’m trying to be great this year. I added a few tricks to my repertoire. It’s going to be a really good year for me.”

Saleh declined to say how many Jets players and coaches have received the COVID-19 vaccine but said the Jets are above the league average.

“You can never have enough o-line and d-line in our opinion,” Saleh said. “I believe in that philosophy, same as Joe [Douglas, GM]. He’s been a tremendous player for many years in this league. Adding him is a tremendous asset. As far as naming him the starting right tackle, George Fant has had fantastic OTAs and did a really nice job during minicamp. He has all the tools necessary to be a successful right tackle also. There’s a lot of competition from that spot and it’s going to be fun to watch.”

Fant will have to wait to compete. He was placed on the reserve/COVID-19 list on Tuesday.