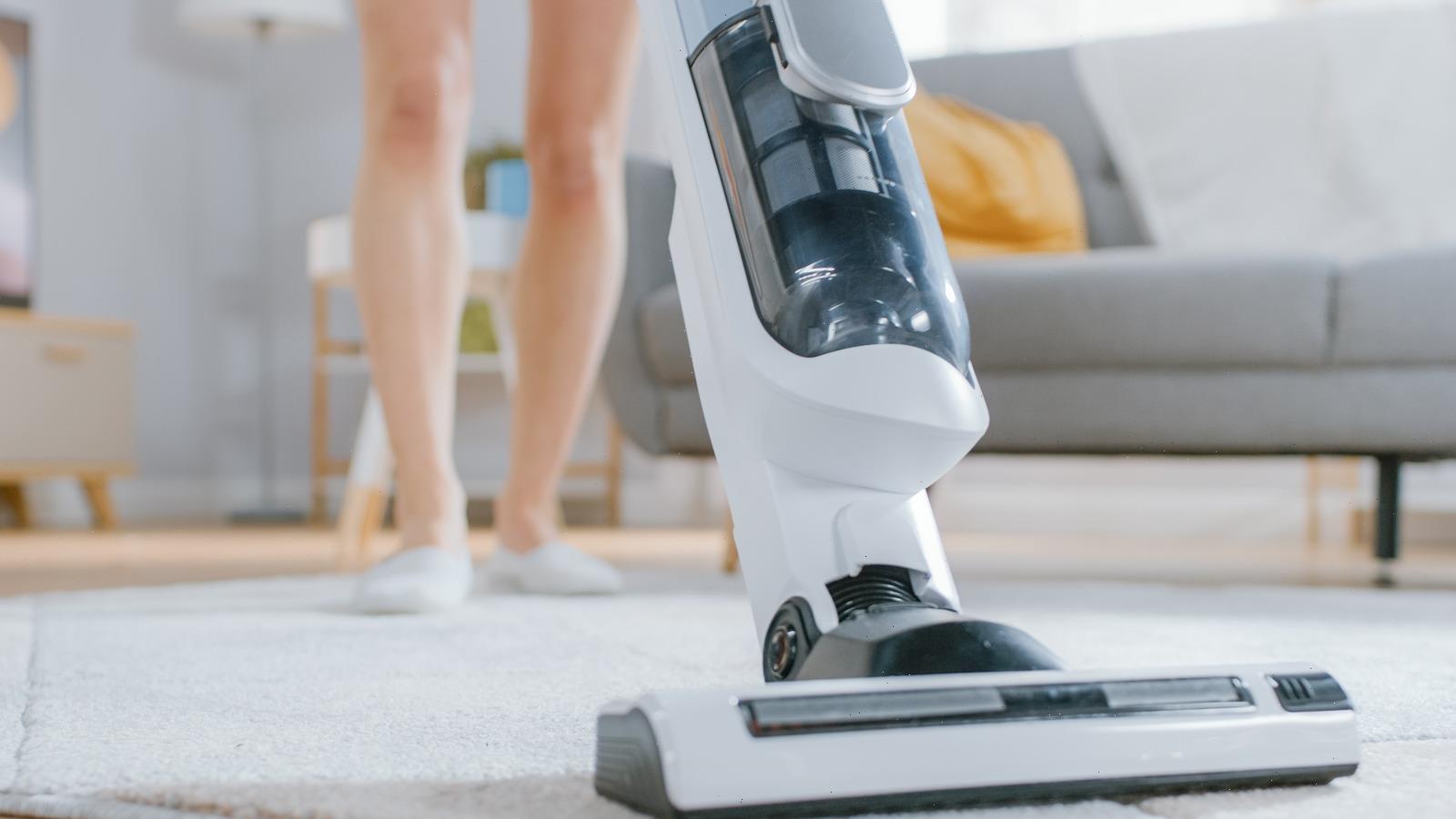 You might think that simply running your vacuum weekly or a couple of times a week is enough to keep your carpets and rugs clean. However, for many households, the vacuum leaves behind some shocking messes even if you’ve just recently finished cleaning. The problem might be even worse if you have pets that shed. According to Bissell UK, a vacuum does a good job of picking up surface dirt and debris, but it doesn’t get out the deeply ground-in dirt and stains, meaning if that’s all you do, you could be living amid filth and not even know it. Many experts recommend having your carpets professionally steam cleaned at least yearly (via HuffPost).

One TikTok user named Kit, whose user name is @cloverk8, found out just how dirty her carpets were after she ordered an unusual device that you would typically use to remove lint from your clothing or maybe furniture (via The Sun). “I saw an ad for this lint roller tool on Instagram, and a lot of people were saying they used it to clean their carpets, so I bought it, and I’m going to see if it works or not,” she said in a video on the popular social media app.

Kit revealed that her video wasn’t an advertisement for the product, which she purchased at lintrolled.com. The site said that the device would “restore your tired clothes, carpets, furniture, bedding, and upholstery to a fresh, new condition just like the day you bought them!” Kit had a brown carpet that didn’t seem especially dirty. She scraped the lint roller over a small section, and she noted that she vacuums her carpets. Despite the area appearing clean, the roller picked up a large pile of hair and other debris from the rug. Kit noted that she didn’t even have pets, and she wondered what it might have looked like if she did.

To do the TikTok rug cleaning hack yourself, simply get a lint roller similar to the one Kit used in her video, and begin systematically running it over your carpet. Once you’ve removed all the hair, dirt, dust, and fuzz from the area, simply pick it up and dispose of it. You can repeat the steps on the carpets throughout your home. The device also works on your furniture and other types of fabric. Because it’s small and handheld, if you have a large rug or a lot of carpets, you might want to divide the task among members of your household or take it slowly with some breaks in between.