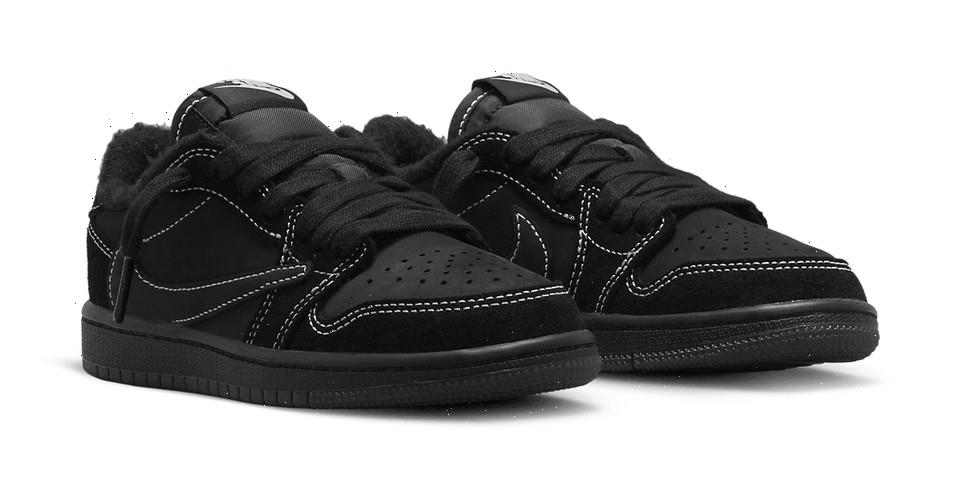 Since spotted on-foot via Travis Scott himself, the Travis Scott x Air Jordan 1 Low “Black Phantom” has been one of the most anticipated drops of the year. Various supporting on-foot and detailed looks have surfaced since, revealing the ins and outs of the sneaker. Now, Nike has shared official images of the sneaker in preschool sizing, including a look at its custom box and sockliner.

Jordan Brand and Scott have outfitted the Air Jordan 1 Low in an all-black colorway that is accented by white contrast stitching and embroidery throughout the upper. A subtle hint of red can be found on the lateral portion of the tongue with the Cactus Jack logo embroidered. The left shoe’s heel features an embroidered bee for his daughter Stormi while the right carries the typical Wings logo. Additional detailing includes a custom box and sockliner which carry various Jordan Brand, Travis Scott and Cactus Jack branding elements. Lastly, the shoe will come with black laces and alternate options of red and white with a black pattern.

Release for the entire size range of the Travis Scott x Air Jordan 1 Low “Black Phantom” is set to launch December 15 via Nike and select retailers. Take an official look at the preschool sized pair above and keep an eye out for official images of the adult pair to surface as we approach the release date.