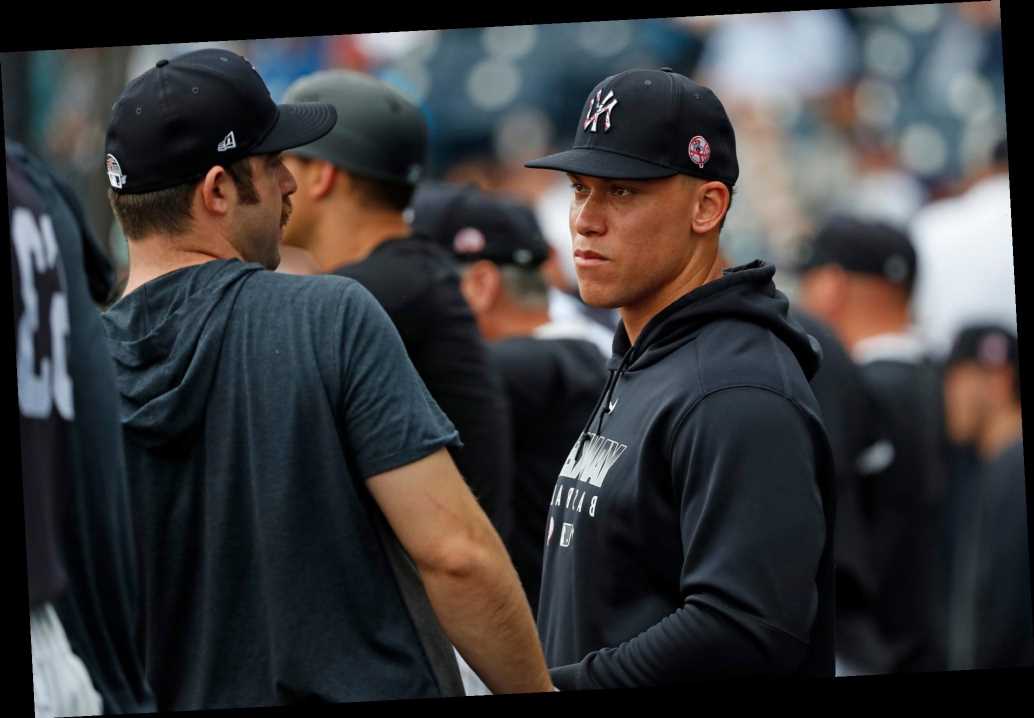 TAMPA — Aaron Judge didn’t know. Neither did the Yankees. That’s a problem.

Yes, the Yankees and Judge need to avoid injuries. Judge has missed 110 games the past two seasons and there will be more now, but the Yankees also need to pick up their diagnostic game.

Here was Judge standing in front of his locker Friday night at Steinbrenner Field, talking about his frustration over this latest injury, a stress fracture of his right first rib that occurred last September during an outfield dive against the Angels, but was not discovered until this week in a CT scan.

“Tests were run,’’ a dejected Judge said. “Most of the pain and problem was coming from the shoulder and neck and surrounding areas. The pain was radiating to other places. You give ’em the symptoms and you tell them what’s wrong and they work off of what you say.’’

Aaron Boone, when he made the announcement three hours before the Yankees lost, 5-1, to the Orioles, noted: “It’s a tough diagnosis to find.’’

Said Judge of being sidelined: “Frustrating, especially with an injury that happened at the end of last year. I still didn’t heal up. At least we have an answer so now we can start working on a solution is the biggest thing, but overall I’m just mad, I want to be out there with my team. We have a lot of goals here in 2020.’’

If the bone doesn’t heal, Judge would have to have surgery to remove the rib and there would be a lengthy rehab. Nevertheless, Judge said he is confident surgery can be avoided “because the bone is healing.’’

“Treatment is almost always conservative: rest, four to six weeks, give it time to heal,” he told The Post. “There is a small subset that does not heal, and I know they talked about surgery, but I believe that would be extremely unlikely. Most likely it will just be rest and he should be OK.’’

The Yankees are haunted again this year by injuries. Judge is the third major player the Yankees have had trouble diagnosing since the end of last season, with Luis Severino (Tommy John surgery) and James Paxton (back surgery) already sidelined.

Now, Judge will not be swinging a bat for a while. Finally.

“Since November I really haven’t given it any time off,’’ Judge said. “I didn’t know, now that we know it’s time to give it two weeks to heal up and we are doing different things in the training room, different machines to kind of speed up the healing process. In two weeks we’ll check and [see] if we are on the right track.’’

Remember, the bone must completely heal. If he has to have the surgery, much like thoracic outlet surgery, it would be a complicated rehab.

The bone would have healed more quickly if Judge had rested after the season.

“MRIs don’t show it, that’s why it’s been missed for so long,” he said. “But going into the postseason I didn’t want to miss that. So get a shot and let’s get rolling, basically.

“This happened in September. We got October, November, December, January, February. I think we are kind of in the right ballpark. Once we got the pictures and saw the fracture I said, ‘How far along is this?’ and they said, ‘Oh, we are kind of in the middle ground. It’s healing up.’ I said, ‘Perfect.’ I guess we are on the right route and do what we need to do for a fracture and see if it continues to heal. That’s why we want to take another picture in two weeks.

“The CT scan was the biggest thing that really figured it out because we did MRIs on every single part of my body and everything came back clean, so it was pretty frustrating.”

When Judge dove that night in September, he felt “a crack, felt a pop, but you got adrenaline flowing, you got postseason coming up. I want to be on the field,’’ he explained.

“If I would have known it was a rib I might have done things differently.’’

He didn’t know and neither did the Yankees. That’s a problem.