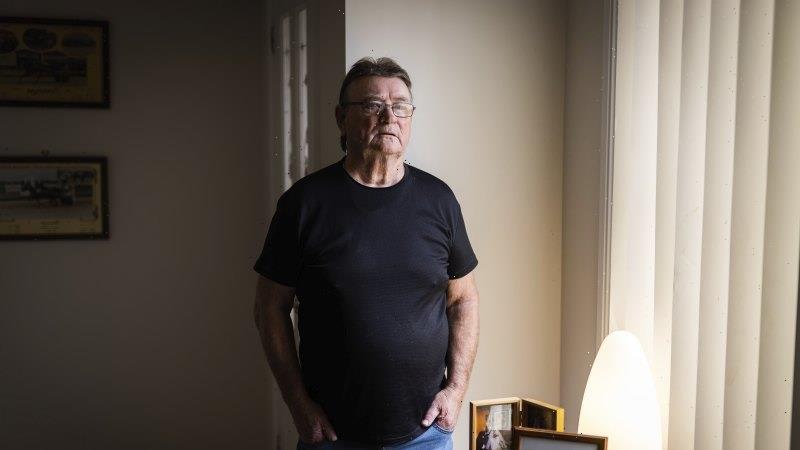 Richard King lives in a modest brick veneer unit in Hoppers Crossing, but the 77-year-old is worried about how long he can continue to afford to pay the rent.

“It’s just like the walls are closing in,” King said. “Everything is going through the roof with the cost of living. It makes it very hard, not just for me, for a lot of people.” 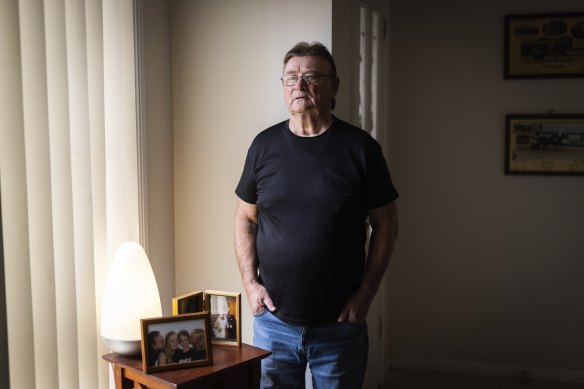 Hoppers Crossing resident Richard King has fallen behind on his rent making him at risk of losing his home. Credit:Paul Jeffers

King fell behind on his rent after he had to replace the engine in his car and has struggled to pay the increased costs for electricity, gas, water and food from his pension.

“If you’ve got dignity you try and go forward,” King said. “But the way it’s going you’re robbing Peter to pay Paul.”

King is one of a growing number of older Victorians who are under housing stress from continuing to rent or pay off a mortgage well into retirement.

Last year there were 160,100 Victorians over 55 renting, up from 90,300 in 2011, according to analysis of the 2021 census commissioned by the Housing for the Aged Action Group and undertaken by researchers at Swinburne University of Technology, Western Sydney University and Curtin University.

The increases are happening at the same time as a decline in the percentage of Victorians over 55 renting in social housing, with 3.1 per cent social renters in 2011 compared with 2.7 per cent in 2021.

Housing for the Aged Action Group chief executive Fiona York said these changes were particularly concerning given the analysis also showed that 27.2 per cent of people over 55 who were renting privately and 9.5 per cent of over-55s with a mortgage, were earning less than $40,000 per year.

“The housing crisis is really bad for older people. It is not going away – it is getting worse,” she said. “It is compounded by a lot of things, but the cost of housing and the insecurity of that housing is a major factor.”

“We have heard a lot of people say they are concerned about the issue, but we haven’t seen that addressed by any policy,” she said.

Increased cost of living is the key concern for voters according to the latest survey conducted by Resolve Strategic for The Age, which found 27 per cent of respondents prioritised keeping the cost of living low.

However, apart from the Greens – who put housing at the centre of their election pitch but will struggle to get their policies adopted – there have been few housing announcements during the campaign.

“We know we need more social and affordable housing across the state,” Pearson told The Age.

He said a re-elected Labor government would get on with the $5.3 billion Big Housing Build, which was announced in 2020.

Along with other programs, this will deliver 16,000 new social and affordable homes by 2026.

But Labor has not committed to a social housing pipeline beyond the Big Build.

When asked at the housing panel, Pearson refused to commit to extending From Homelessness to a Home, a program that moved about 2000 homeless Victorians – most of whom had been sleeping rough during the pandemic – into their own home with wrap-around support services.

Last month Labor announced an extension to its Victorian Homebuyer Fund, which allows home buyers to purchase with a 5 per cent deposit. The government buys a stake of up to 25 per cent in the home, allowing people to purchase with a smaller deposit and smaller mortgage repayments.

Riordan lamented “what can only be described as a housing, accessibility [and] affordability crisis”.

“I’ve never known it to be so bad and so difficult for people to find a home. It was always something we heard about that happened in the big smoke away from our country communities,” he told the housing panel.

“But there is not a community in Victoria today that is not touched by homelessness.”

Riordan, when asked at the panel, would also not commit a Liberal government to extending the From Homelessness to a Home program.

He pledged to work with philanthropists, charities and the private sector, who were “handcuffed by government regulations”, to create affordable and social housing.

“I am embarrassed that in a country town with blocks of land and availability, we have had people forced to sleep in their car in front of the police station, walk around the corner of the hospital and use the public facilities there for showering,” he said.

The Liberals have promised to remove stamp duty for first-home buyers, for one year, for homes worth up to $1 million, an increase on the existing limit of $600,000.

They have also promised 150,000 new housing lots will be released on Melbourne’s fringes over two years. 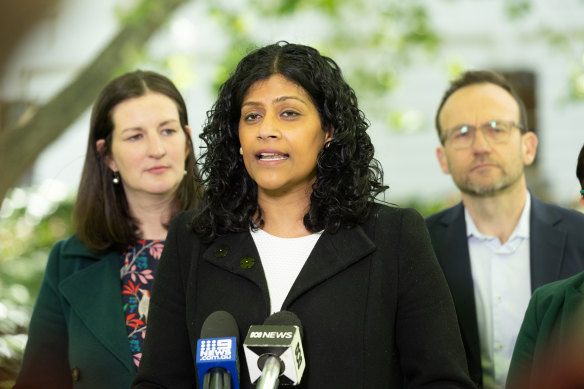 Greens leader Samantha Ratnam said the situation has moved from crisis to catastrophe in Victoria.Credit:Jason South

“The situation has indeed moved from crisis to catastrophe in Victoria,” Ratnam said.

The Greens’ plan includes building 200,000 public and affordable homes over the next 20 years, which the party costs at $6 billion in the first four years.

They say this would be partly funded by the reinstatement of the social and affordable housing levy the Andrews government dumped earlier this year following opposition from the property lobby.

The challenge for the minor party of course, is that governments and not crossbenchers deliver funding and turn their ideas into legislation.

But the Greens point to policies they initially championed and Labor later picked up, including voluntary assisted dying, a container deposit scheme, a state-controlled energy retailer, a plastic bag ban and windfall rezoning tax.

“Progressive reform in Victoria often begins its life as Greens policy and more Greens in the next parliament will push the next government to make housing affordability a priority,” Ratnam said.

“If Labor fails to form majority government housing will be a key issue in our negotiations.”

Grattan Institute economic policy program director Brendan Coates said there had been surprisingly little focus on housing during the campaign.

“What neither of the major parties or frankly, anyone is offering, is probably the most fundamental solution, which is to get more housing built in the inner and middle ring suburbs of Melbourne,” he said.

This would require the government to force councils to allow more development, which it could do by rezoning neighbourhood residential areas or relaxing rules on open space requirements, Coates said.

He points to Auckland, which “up-zoned” about three-quarters of the city in 2016 in response to a housing affordability crisis, which meant the planning laws allowed for the construction of townhouses, terraces and units within 20 kilometres of the CBD.

“By some estimates, that’s led to 5 per cent extra housing stock being built, and we’ve seen rents fall in Auckland, while they’ve risen by 10 per cent across New Zealand and by 15 per cent in Wellington,” he said.

Coates said the decline in rent had been even greater in low-cost housing.

The challenge would be managing the backlash from resident groups and heritage conservationists who argue development destroys the character of low-rise neighbourhoods.

Meanwhile, Melbourne’s overall house rents rose 9.3 per cent over the year to September to a record $470 a week, as the rental market soared after COVID-19 lockdowns ended.

“We haven’t seen a lot of discussion about policies on renting going into this election and I think it’s probably unlikely that we’ll see anything at this late point,” says Tenants Victoria chief executive Jennifer Beveridge.

The advocacy organisation wants the new government to legislate a “fairness formula” to regulate rent increases.

“About 30 per cent of the population rents their home and that number is increasing,” Beveridge said.

“People are hurting, people are increasingly finding it difficult to find their home or to keep their home, and it is becoming an issue that is very much on people’s radar at these times of elections.”

Back in his kitchen in Hoppers Crossing, King was pessimistic about whether any of the political parties would act on housing if elected.

“Number one is they’re good at talking, they are very good,” he said. “I don’t think it is going to change things.”