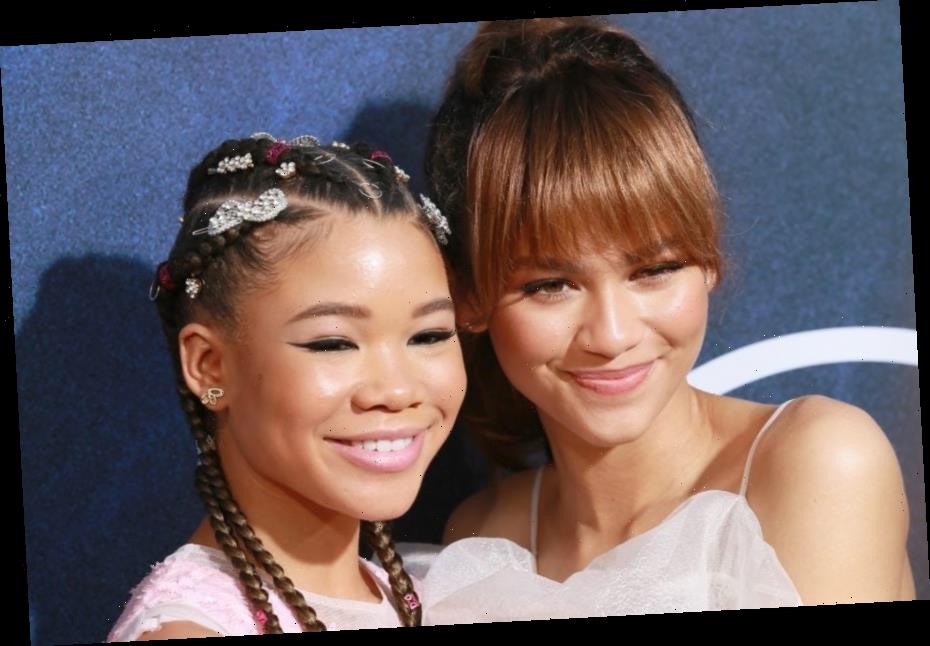 The Internet exploded with celebration as 24-year-old actress, singer, model and activist Zendaya became the youngest person ever to take home the Emmy for Best Lead Actress in a Drama series. Her performance in season 1 of HBO’s Euphoria sparked Emmy buzz early on for the young star, who’s win also made her only the second Black woman ever to take home the coveted award following Viola Davis’ historic win in the category in 2019.

Second to Zendaya’s family, the loudest virtual cheering section seemed to be the one occupied by her Black Hollywood peers.

In one rewind-worthy video clip, the star’s Euphoria co-star Storm Reid is seen anxiously awaiting to see who wins the Emmy, before she instantaneously begins jumping for joy once Zendaya’s name is called. “I’m so excited! Oh my God,” Reid says in a video posted to her Twitter page.

The 17-year-old actress plays the younger sister of Zendaya’s lead character, Rue, on the show.

In another clip shared by Insecure actor and activist Kendrick Sampson on Instagram, he and his fellow Insecure cast members, including star & creator Issa Rae, Jay Ellis and others, are also seen launching into celebration as the video of Zendaya accepting her award plays in the background. “Let’s go! We got another one,” Rae screams excitedly. Insecure also took home an Emmy of its’ own for Outstanding Single Camera Picture Editing For A Comedy Series, though the Academy disappointingly fell short of recognizing the series with a win in any of the other three major categories for which they earned nominations this year.

But that certainly didn’t dim the authentic moment of supportive celebration the cast shared for their fellow actress.

“To all the other incredible women in this category, I admire you so much,” Zendaya said while fighting back tears during her acceptance speech. “I just want to say that there is hope in the young people out there. I know that our TV show doesn’t always feel like a great example of that but, there is hope in the young people and I just want to say to all of my peers out there doing the work in the streets, I see you, I admire you, I thank you.”