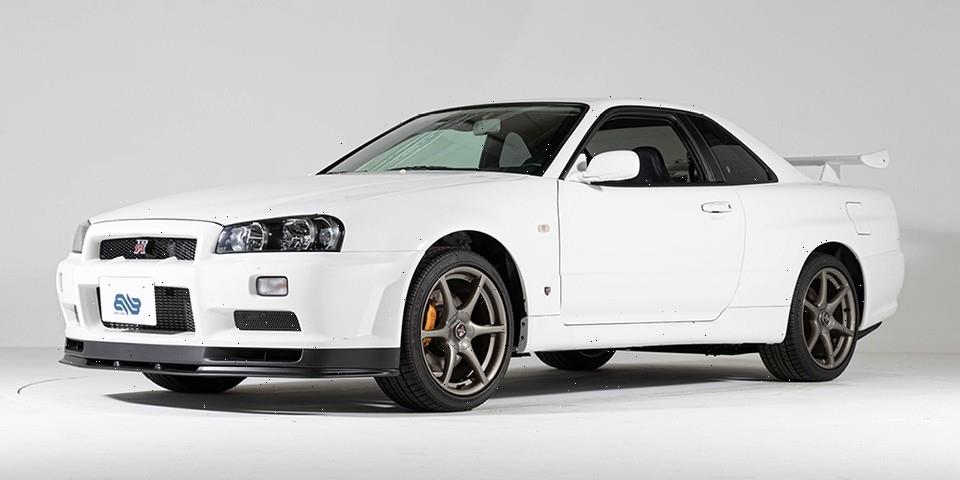 A Nissan Skyline GT-R V-Spec II Nür is one rare JDM machine with only 718 existing in the world, so finding one with just six miles on the clock is practically unicorn-status worthy. Thanks to Yahoo! Auctions, a 2002 example is currently up for grabs and is on its way to becoming one of the most expensive Skyline’s there’s ever been, no doubt thanks to the rising prices of these cars which also saw another clean example sell on Bring a Trailer just last month for $315,000 USD.

This Skyline GT-R is the V-Spec II Nür edition, meaning it comes with all the V-Spec II upgrades as well as a host of other Nür (standing for Nürburgring) components. So, alongside the upgraded twin-turbocharged 2.6-liter RB26DETT inline-six engine that produces 276 HP comes a new set of brakes that are the same in the cars used for Japan’s N1 endurance racing series, a gold serial number plate, bronze-tinged factory 18” rims, a Getrag six-speed manual transmission and an ATTESA all-wheel-drive system, and finally, an electronically-controlled active limited-slip rear differential.

Combined, these upgrades make the Skyline GT-R V-Spec II Nür the best R34 there ever was, and no doubt the rarest and most sought-after of them all. Those who want to purchase the car must remember that importing it to the U.S. is troublesome at best and can only be driven 2,500 miles per year under the “Show and Display” rule, while the car could be used elsewhere such as in the U.K. without restrictions — but why would you do that, it only has six miles and it’s probably best to keep this never-registered car under wraps.