Lately, one of the biggest debates on the parent side of TikTok is whether or not you allow sleepovers. Like a snowball to an avalanche, one-off videos started circulating, all about parents saying they don’t care if it upsets other parents, and sleepovers are off the table. Soon, everyone started having an opinion on that, and now the question is on everyone’s mind. “Should sleepovers be allowed?” Well, this psychiatrist and father of six has the answer.

Back in July, Dr. Mitnaul uploaded a TikTok with the caption, “5 Things I Would Never Do as a Child & Adolescent Psychiatrist,” saying he wouldn’t let his kids have a smartphone, put a TV in his kid’s room, talk negatively about his spouse in front of his kids, giving an abundance of chores, and no sleepovers.

Now, as you can imagine, this caused a bit of an uproar, especially with his adamant response to no sleepovers. So, he uploaded a follow-up video, explaining exactly why he’d never allow a sleepover, and the internet agreed with him fully.

In the video, we see him discuss how one reason he won’t allow sleepovers is the disruption of schedule and habits the parents set forth, such as a screwed-up sleep schedule, too much sugar, etc. The other big point was that he claimed that exposures and inappropriate things come from places with less adult supervision, ie, sleepovers.

He said, “Sleepovers often provide the right opportunity for kids to get into things that are way over their head, whether they intend to or not.” Afterward, he recommends creating a loving environment where kids can express themselves, but be secure and know that adults are nearby, so no traumatic events could deeply affect their psyche.

Discover the best products to help kids sleep according to real moms. 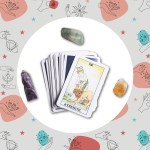 
8 WitchTokers to Follow to Add Some Magic to Your FYP