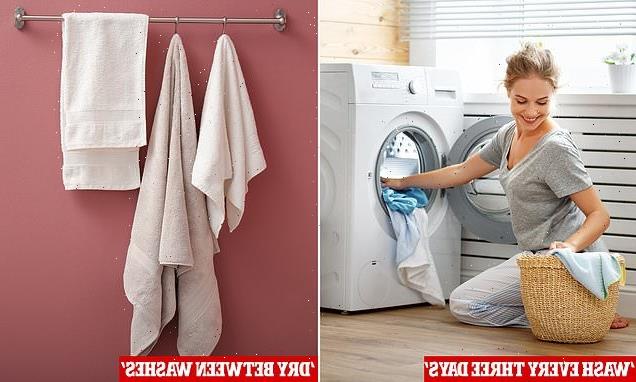 Damp bath towels are the perfect environment for bacteria to breed, which is why experts recommend washing them after every three uses.

According to the team at Bed Threads towels should be washed every three to five times you uses them, as a rule of thumb.

They then explained other factors which could mean you should be changing your towels regularly – including whether or not they have time to dry between uses. 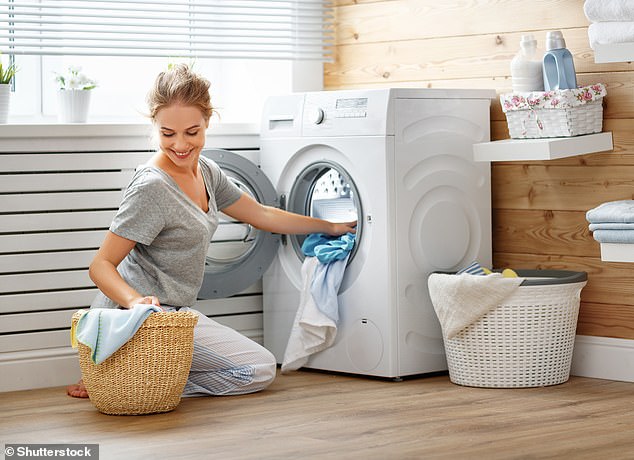 You should wash your bath towels after every three uses – more if they don’t dry fully each time, experts say

How often do you wash your towels?

How often do you wash your towels?

‘Hang your towel somewhere ventilated and allow it to dry completely before using it again. Ideally, somewhere other than your bathroom,’ they said.

If your towel is still damp when you go to use it again then there’s a chance it’s a breeding zone for odour-causing bacteria.

This bacteria thrives off dark, moist environments – with the addition of dead human skin cells a bonus for the fast-growing colonies.

The type of towel you use around the home can impact the drying time, the experts also revealed, and should be taken into consideration.

Traditional thick-pile, cotton bath towels need to be washed most often because they take much longer to dry than lightweight options.

The experts recommended washing all of the towels in your house if someone has been unwell.

And their recommendations were backed up by the Cleaning Institute, who also sighted three to five days for towels.