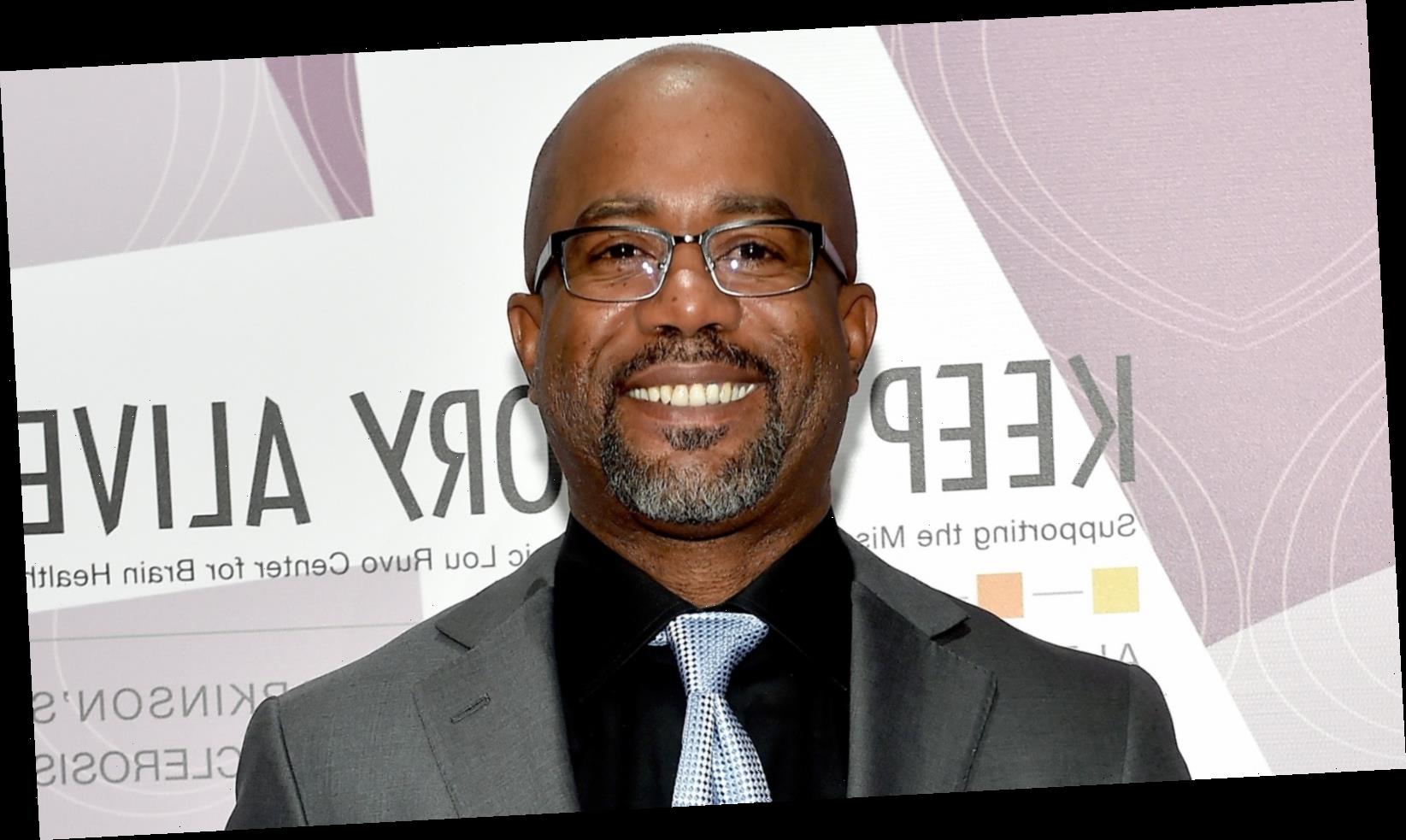 Darius Rucker is slated to host the 2020 Country Music Association Awards on Nov. 11, 2020, alongside co-host Reba McEntire, according to People. Not only that, but Rucker will present Charley Pride with a Lifetime Achievement Award at the event, according to Deadline, and the combined milestones made Rucker reminisce on his life and how he’s journeyed as a Black musician in the predominantly white world of country music. On an episode of Color Me Country with Rissi Palmer, which aired on Nov. 8, 2020 on Apple Music Country, Rucker recalled seeing Pride on the show Hee Haw, which featured country music.

“I remember the first time I saw Charley on Hee Haw,” Rucker said. “Hee Haw was so big for me because I love music … here comes this guy that looks like me singing ‘Kiss An Angel Good Mornin” and you’re like, ‘Oh my goodness.’ Now, decades and decades later, to be a part of him getting an award … There’s nobody that deserves it more than Charley. Nobody. To be a part of that, I’m so honored. I’m honored to call him a friend.”

While Rucker is getting the chance to pay homage to an idol, the singer is a legend in his own right. He started out as the frontman in his rock band Hootie & the Blowfish, which was a ’90s success, and has since gone on to slay the country music scene. So what’s the musician worth?

How Darius Rucker shares his wealth

Darius Rucker kicked off his musical career as the singer and rhythm guitarist for his band Hootie & the Blowfish, according to his official website. Then, in 2008, Rucker changed genres and entered the world of country music, according to Deadline. Rucker has achieved great success as a country singer, even winning the Grammy for Best Solo Country Performance and his albums have topped the Billboard Country albums charts, according to his website. It’s no surprise, then, that Rucker has a considerable fortune thanks to his prolific musical career. According to Celebrity Net Worth, Rucker is worth $12 million.

But the South Carolina native isn’t one to hoard his wealth. In fact, Rucker made headlines in 2015 for giving away 11 homes while on tour that summer. One of the homes Rucker gave was to a veteran from South Carolina, according to the Press Herald. In 2017, Rucker made headlines again for teaming up with Habitat for Humanity in his hometown of Charleston, S.C., and building homes for families in need of affordable housing, according to People. So there’s Rucker: a ’90s rockstar, a country music king, and a philanthropist with a heart of gold. He’s at the top of our charts, for sure!