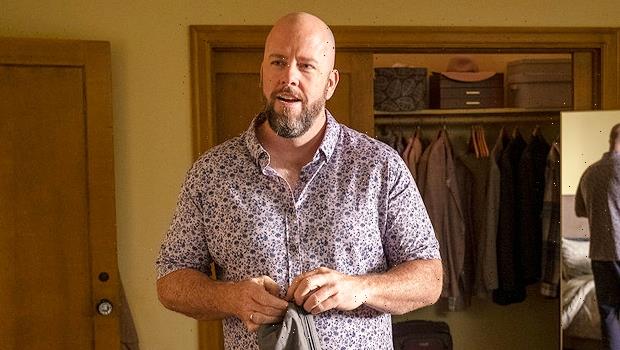 The final season of ‘This Is Us’ is on the horizon. Chris Sullivan told HL EXCLUSIVELY that even if every couple doesn’t get a happy ending, everyone will end up ‘exactly where they’re meant to.’

This Is Us’ sixth and final season will premiere in 2022, and we’re already tearing up at the thought of saying goodbye to the Pearsons. The cast is currently filming the final episodes, and HollywoodLife chatted EXCLUSIVELY with Chris Sullivan about the ending of the show.

“It’s going to end up exactly where they’re meant to. This Is Us a lot of times… it feels like an ideal or people talk about it like this ideal family, this perfect family,” Chris told HollywoodLife while he was promoting his partnership with Big Lots and On Our Sleeves‘ One Million Classrooms Project. “But you are looking at a family full of addicts, of people dealing with anxiety, of people who can’t keep a relationship together, of people who have eating disorders. People who have depression. People who need medication to equalize their moods. I think that it’s interesting that people view that group of people as the ideal family because it is. It is the ideal family. A lot of times we look at our own families with all the same problems and we judge them. We label them dysfunctional. The only difference between the Pearsons and maybe my own family or our own families is that it is TV and the writers have these characters turned back towards each other no matter what. It’s a handbook for living. It is a playbook for relationships and the good news is that just because people don’t end up together, just because people pass away, it doesn’t mean that that’s not exactly the way things were supposed to go. Everything is going to be just fine.” 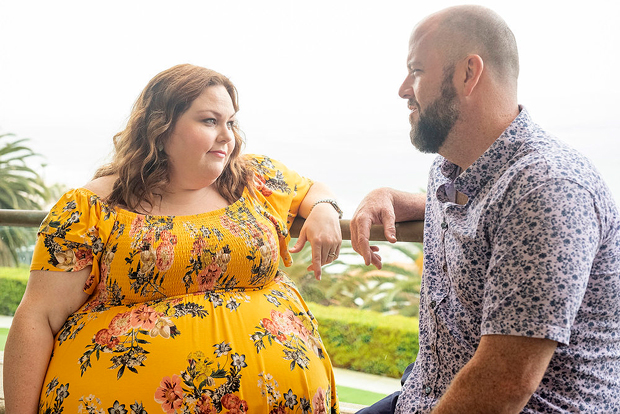 This Is Us fans were shocked in the final moments of the season 5 finale. A new time jump revealed that Toby and Kate had gotten a divorce, and she was in the midst of marrying Phillip. The final season will have to explain just how and why Katoby called it quits.

After its premiere in 2016, This Is Us became a phenomenon. Now that the show is officially coming to an end, Chris admitted it’ll be a “scary time” for him, but he’s ready for it.

“I think the interesting thing about public successes is that the hundreds of failures are usually done in private. You know, all of the failures don’t make news, the big success does, and so the kind of life of an actor is a life of developing our relationship with uncertainty and rejection,” he continued. “For every This Is Us, there were 100 auditions that did not go well and so there’s a lot of inner work that I’ve been doing, especially in the last four or five years. I have had a lot of spiritual work. When I do that work in the best of times, when the worst of times come around, I’m more prepared for that eventuality. The cycle of everything good and bad is never-ending. The good times will not always be here, and the bad times will not always be here. I think it’s important to remember that in both cases to not rest easy when things are good and to not cling to the darkness as if it’s the truth and will always be the truth. When This Is Us comes to an end, it will be a scary time. It will be a time full of anxiety. There will be a time full of uncertainty until the next thing comes along, and the tools that I have developed to deal with uncertain times and anxieties will definitely be coming in handy.”

Much like his character Toby, Chris has struggled with anxiety and depression. He opened up about why the On Our Sleeves campaign means so much to him and why he’s determined to change the stigma around mental health. 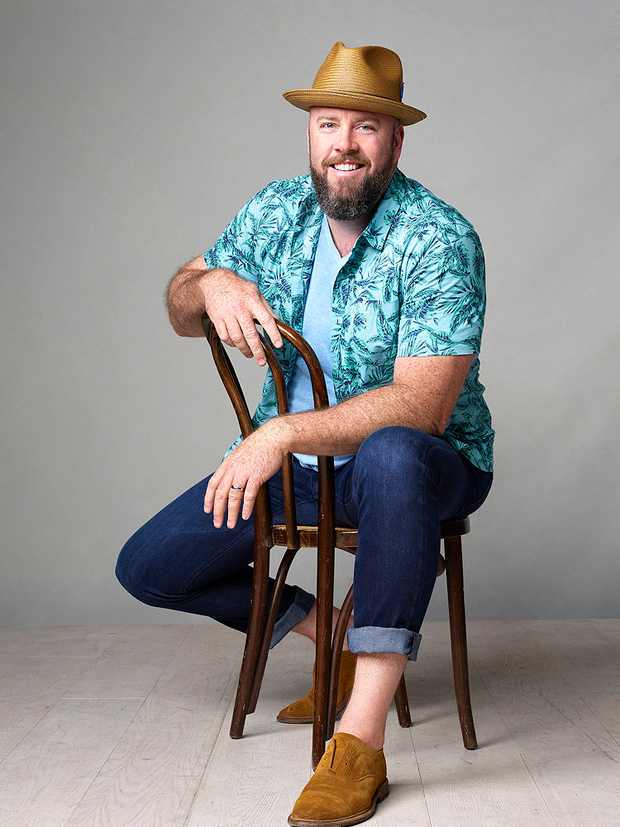 “I’ve been a partner with On Our Sleeves because it spoke directly to my struggles with depression and anxiety and the research that they’ve been doing in conjunction with the Nationwide Children’s Hospital,” the Emmy-nominated actor said. “It brought up a lot of really shocking information to my attention. One in five children is currently living with significant mental illness, and I didn’t realize that half of all lifetime mental illnesses are developed by the age of 14. I think the interesting part about these discussions and the discussions that On Our Sleeves is trying to start by providing schools with curriculums and tools to have these conversations is that the stigma around talking about mental health is the problem. Mental health is not the problem.”

He continued, “Everyone is struggling. I think when you have difficult feelings, when you’re dealing with depression or anxiety, you feel alone. You feel as if you are the only person in the world going through this because we have all gotten so good at hiding it. We’re not all actors. We don’t all wear quote-unquote our hearts on our sleeves. You don’t always know what someone is feeling. Kids watch us, watch adults, and they watch us pretend that everything is OK, but they know that it’s not. It teaches them to keep their feelings a secret. It teaches them to keep what they’re thinking to themselves, and that’s what we have to change. We have to end that kind of stigma around the conversation about mental health and mental illness so that kids can come and let those things out because if it’s mentionable, it’s manageable. If you can talk about it, then people can help you.”