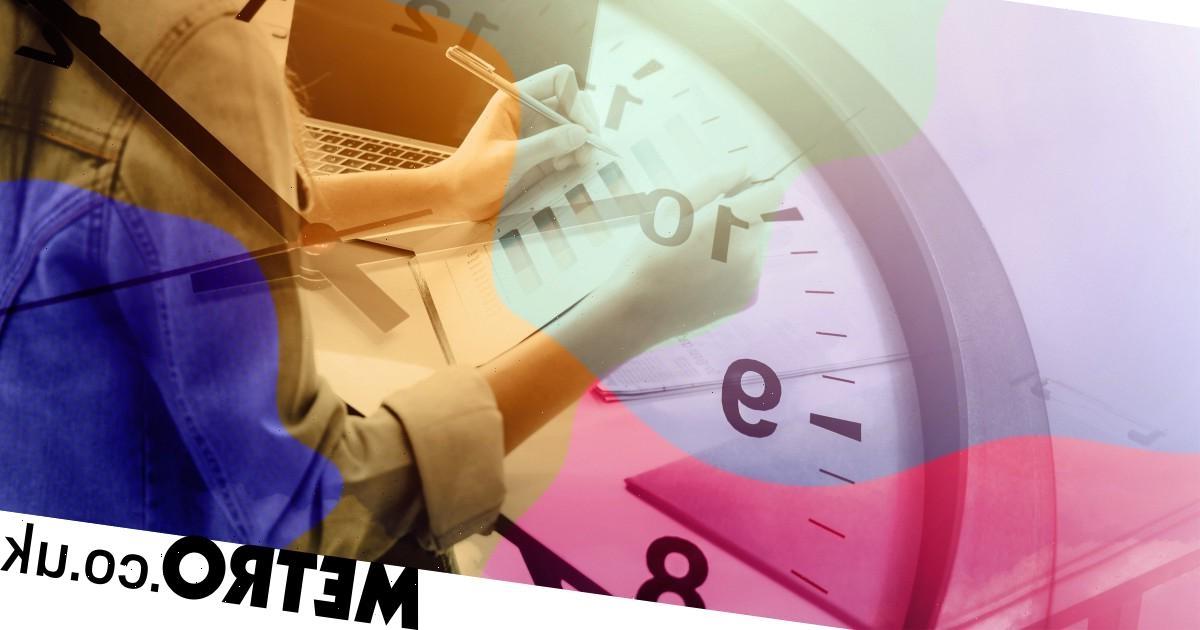 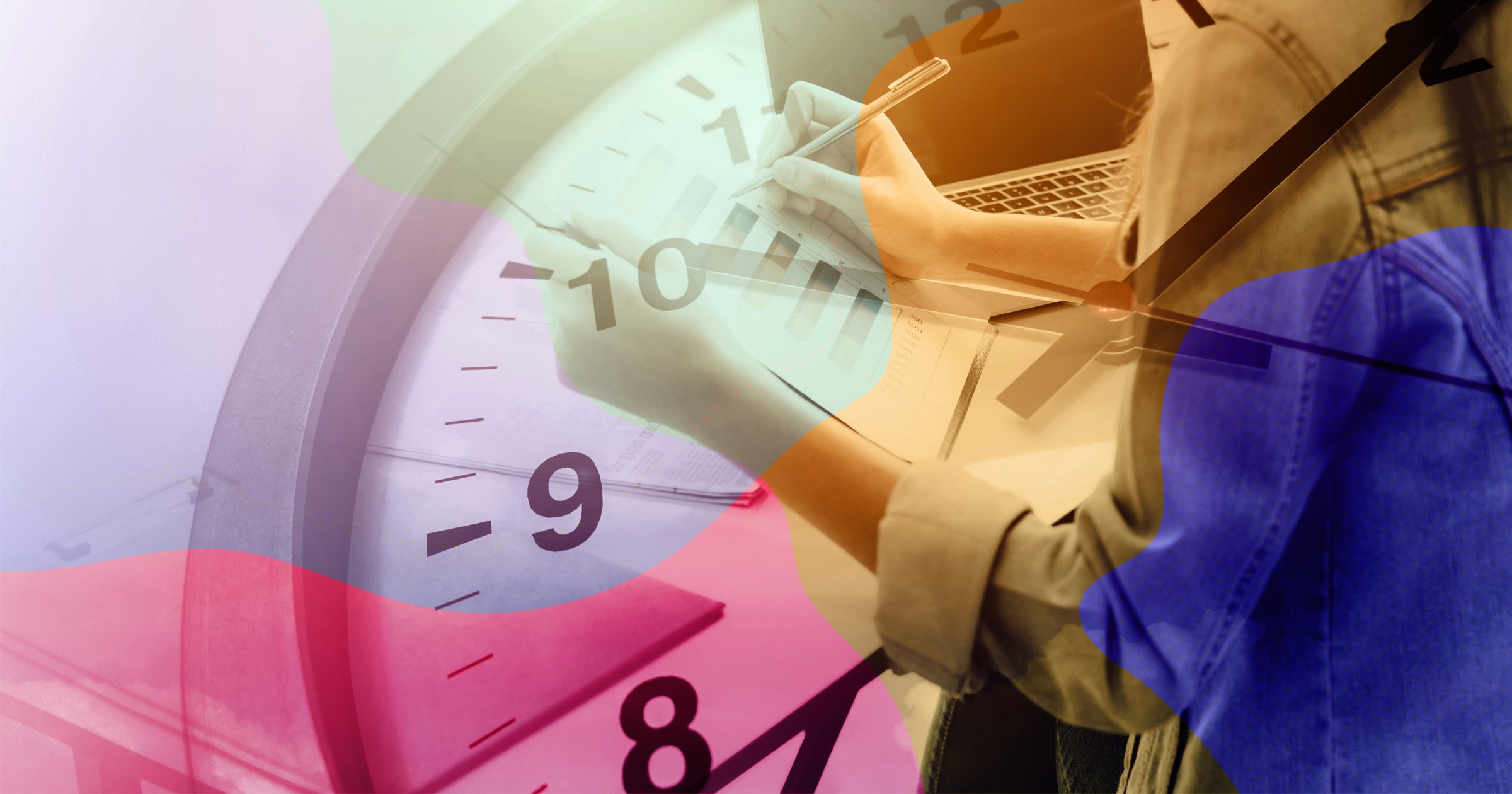 Have you noticed when you have a deadline, you’re usually able to get your work done just in time?

Or when you don’t have a huge amount to do, you still seem to fill the day?

A productivity law from the 1950’s might explain why, and prove it’s not your time management skills, but human nature.

What is Parkinson’s Law?

‘Work expands so as to fill the time available for its completion,’ wrote Cyril Northcote Parkinson, a historian and author in 1955, first in The Economist and later in a book called Parkinson’s Law: The Pursuit Of Progress.

Parkinson identified work stretching to fit time after working in the Civil Service. He described how bureaucracies grow, and how in organisations, people will create work for themselves and others to make them look busy and important.

The law also applies to personal workloads and to-do lists too. Parkinson describes a woman writing a postcard; because she has nothing else to do, she spends all day finding the card, the address and deciding what to write. Small tasks can take a long time, but when you have lots to do, they can be achieved quickly.

How does Parkinson’s Law work?

Parkinson’s Law suggests when we have more time, we put in less concerted effort or create extra work for ourselves, so things take longer. When there is less time, we put in more effort and are more efficient, getting the job done quickly.

‘Research has shown when people are given extra time to complete a task, they will take advantage of that time even if they don’t really need it, and performance is not necessarily improved,’ Gill Tanner, a behavioural scientist at CoachHub, tells Metro.co.uk.

‘People tend to leave things until the last minute to complete, even if they have been given a generous amount of time (procrastination) or they start the task in reasonable time but manage to make it last until the deadline, even if it didn’t really warrant it, because of tweaks and various distractions (perfectionism).’

Can you overcome Parkinson’s law?

Generally, Parkinson’s Law is accepted as true when it comes to work and human nature.

David Garrick, a consultant from leadership and management consultancy Connect Three says you only really benefit from work stretching if you are time-rich and quality-poor.

‘If (a person has) taken up a hobby in retirement, they can then happily while away the hours honing their skills at painting, baking or gardening.’

It might not be possible to beat Parkinson’s Law, but you can use it in a positive way.

‘If we don’t use it to our advantage and just let the work fill up the available time, we become less productive,’ says Gill.

Work’s nature to shrink when we have limited time can help us focus, especially if you work well under pressure.

‘I find it useful because it helps me to get stuff done and be pretty productive,’ says business consultant and founder of Innovate and Thrive, Steph Sanderson. ‘If I have time, I’ll daydream, scroll Instagram, or make a cup of tea, and I lack clarity on what needs to be done.

‘When Parkinson’s Law kicks in, it gives me a sense of urgency and laser focus on what I need to do.’

How to make Parkinson’s Law work for you

Be aware of Parkinson’s Law

While work can be fun, generally we want to get it done well and quicky. Understanding Parkinson’s Law means you can use it to increase productivity rather than slow you down.

‘If we have been given a task to do by a certain deadline, we can work out how long we need for the task and complete it in that time rather than thinking about how long we have, leaving us some spare time,’ says Gill.

Work both stretches and shrinks to fit time so you can also use the principle to take time back.

Gill explains: ‘Challenge long-accepted norms: for example, why do meetings nearly always take one hour? Estimate how long the meeting will take and schedule it for that amount of time.’

While longer deadlines might seem preferable, they can cause over complication.

‘Set achievable but challenging deadlines so you don’t have the opportunity to over-work things,’ recommends David. ‘Often people can spend a lot of effort trying to do things to a gold standard when silver or even bronze would do just fine.’

However, if deadlines are too tight, it causes stress, and you will be less productive says Gill. Amend deadlines if necessary and aim for being ‘challenged but not stressed’, she says.

Use the desire to fill time to your advantage. ‘Try scheduling mini work sessions between meetings,’ suggests Steph. ‘Because you have a hard stop and your brain wants to achieve something, it can help you get things done.

‘If you don’t want to leave things to the last minute, create a sense of urgency by breaking down tasks into smaller ones and setting deadlines for each of them. These deadlines feel fixed which can help you pace your work better.’

Create boundaries between work and home

The goal isn’t always to get more done, but to manage work and life on our own terms. With more people now working flexible hours or at home, the blurring of work and life means work could, in theory, never end.

Put in place non-negotiable deadlines, log off properly and create boundaries between work and life, because when you could be working anytime, it’s easy for work to end up taking longer.

Despite so much of our self-worth being wrapped up in productivity and getting things done, you’re not alone in your inclination to leave work to the last minute, or terrible at focus because you fill your days with tiny tasks.

Parkinson’s Law is part of human nature, and it’s almost inevitable that things take longer when we have more time.

Next time you’re getting dangerously close to a deadline, remember it’s not you, it’s Parkinson’s Law.