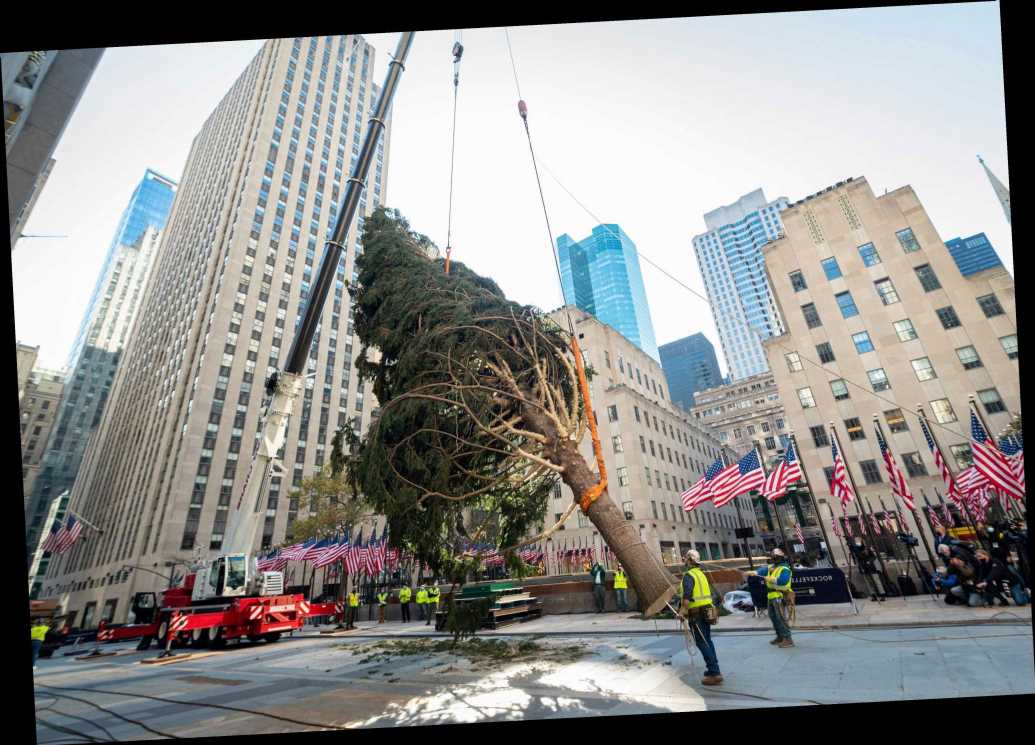 It’s as if it were grown on the Island of Misfit Toys.

Every year, New York City’s Rockefeller Center erects its iconic Christmas tree. The plush conifer, which sits pretty on Rockefeller Plaza, is traditionally massive and opulent — topped with a roughly 900-pound Swarovski crystal. The flashy display signals to the city, and America at large, that the holiday season — brimming with loved ones, yuletide cheer and a whole lot of capitalism — has officially begun.

Last week, Rockefeller Center gave a preview on Twitter of the donated, 75-foot Norway spruce from Oneonta, New York, that would adorn its plaza. The tree looked as healthy and lush as any mature plant that hadn’t been uprooted and forced into transit would appear.

But when that same tree arrived at Rockefeller Plaza on Saturday, it fittingly had, uh, very 2020 vibes:

As a crane began to hoist the leafy lady upright, its boughs began to fall, leaving noticeably large gaps in its greenery. 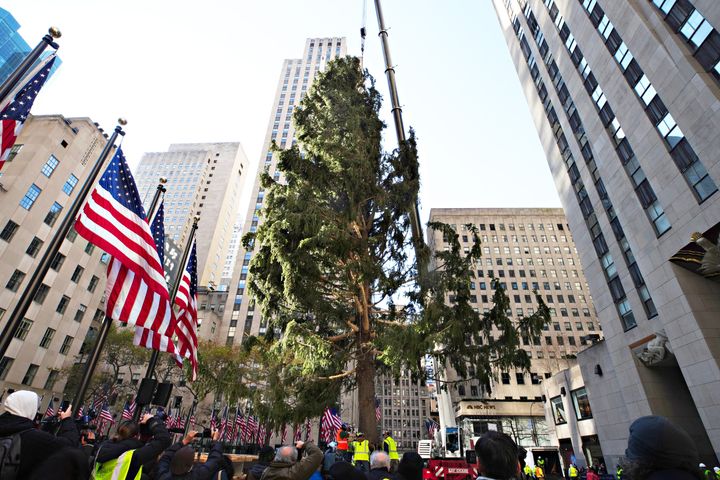 In response to images and videos uploaded online of the shabby tree, Twitter users began to crack Charlie Brown jokes and note that the tree — much like the rough year most Americans have experienced due to the pandemic and a tense presidential election — is the epitome of 2020.

Yet, much like the seemingly inadequate gifts abandoned on the Island of Misfit Toys in 1964’s “Rudolph the Red-Nosed Reindeer,” many online felt the Rockefeller Center’s 2020 Christmas tree’s imperfections had been judged too harshly. Some said it would look different when its branches had settled and it was decorated.

One Twitter user, who said they had worked at Rockefeller Center, noted that each year the tree “usually looks like this at first.”

“They go in and fill in the holes with loose branches and floof it up,” the Twitter user said.

Even the tree itself has defended its appearance. A blog that is apparently written by the Rockefeller Christmas tree also noted that she will be getting “some work done” and that the haters will “eat your words” when they light her up on Dec. 2.

And although the tree may not have been much to look at on the outside, it did contain one adorable stowaway — who provided many social media users with an early Christmas gift in the form of some very cute photos.

Someone who worked for the company that transported the tree to New York discovered a little saw-whet owl perched on its branches. The bird was taken to Ravensbeard Wildlife Center, where it’s currently being cared for.

On the other hand, looking at things from this owl’s perspective — getting its home cut down and dragged to Manhattan was probably classic 2020.