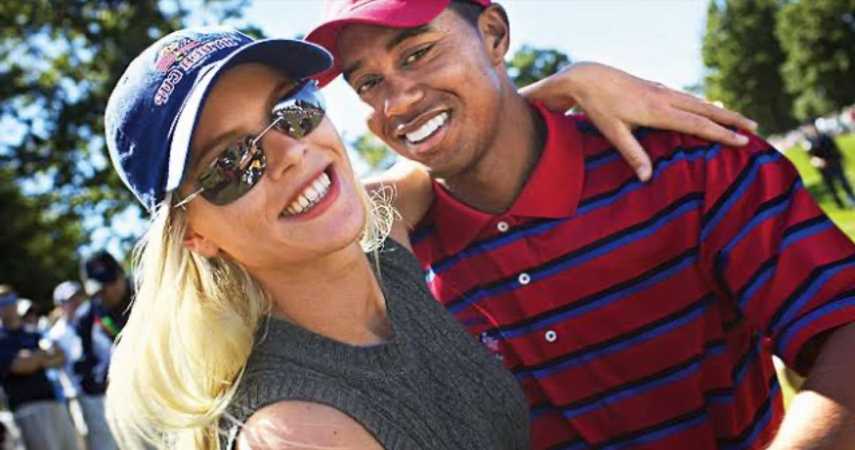 Elin Nordegren, Swedish former model. She is also the ex-wife of professional golfer, Tiger Woods, with whom she shares two children. Elin has finally sold the North Palm Beach, Florida mansion she built after their divorce for $28.64 million — after a major price cut.

The listing was held by Todd Peter and Cristina Condon of Sotheby’s International Realty.

A palm-lined driveway approaches the property, and dual staircases ascend to the dramatic entry. The staircase wraps around a floor-to-ceiling crystal chandelier. Other highlights include a gym, a wine cellar, a movie theater and a billiards room with a bar.

Almost every room overlooks the ocean, including the office and the second-story primary suite, which has picture windows, paneled walls and multiple fireplaces.

Balconies, patios and a cabana-style space are found at the back of the home, along with a palm-topped swimming pool and spa. A rooftop deck overlooks the estate, and at the edge of the property, a spacious lawn looks out on the Atlantic.

Todd Peter and Cristina Condon of Sotheby’s International Realty handled both ends of the deal, according to the Los Angeles Times.

A native of Sweden, Nordegren met Woods in 2001 and married him three years later. They have two children together. The 40-year-old also shares a child with former NFL Pro Bowler Jordan Cameron.

According to Wall Street Journal, architects called upon the British West Indies style when designing the house. Angela Reynolds, who previously did the interiors of Céline Dion’s home in nearby Jupiter (that property sold for $38.5 million in 2016) handled the decor.

Elin Nordegren became very private in the wake of her tumultuous August 2010 divorce from Woods. The former couple, who wed in 2004, split after the golfer became embroiled in a shocking sex scandal as numerous women came forward alleging extramarital affairs.

“I have moved on and I am in a good place,” Nordegren told PEOPLE in 2014. “My relationship with Tiger is centered around our children and we are doing really good – we really are – and I am so happy that is the case. He is a great father.”

Nordegren moved on romantically in 2011 with coal magnate Chris Cline, who was her new neighbor in the South Florida town. The pair split in 2017, and Cline died alongside his daughter Kameron in a helicopter crash in July 2019

Woods and Nordegren split custody of their children during the coronavirus lockdown, a source close to Woods told PEOPLE in April. Woods quarantined with his girlfriend, Erica Herman, while Nordegren had family members at her house.

READ NEXT: Sylvester Stallone And Jennifer Flavin Canceled Their Divorce And Reconcile Their Marriage