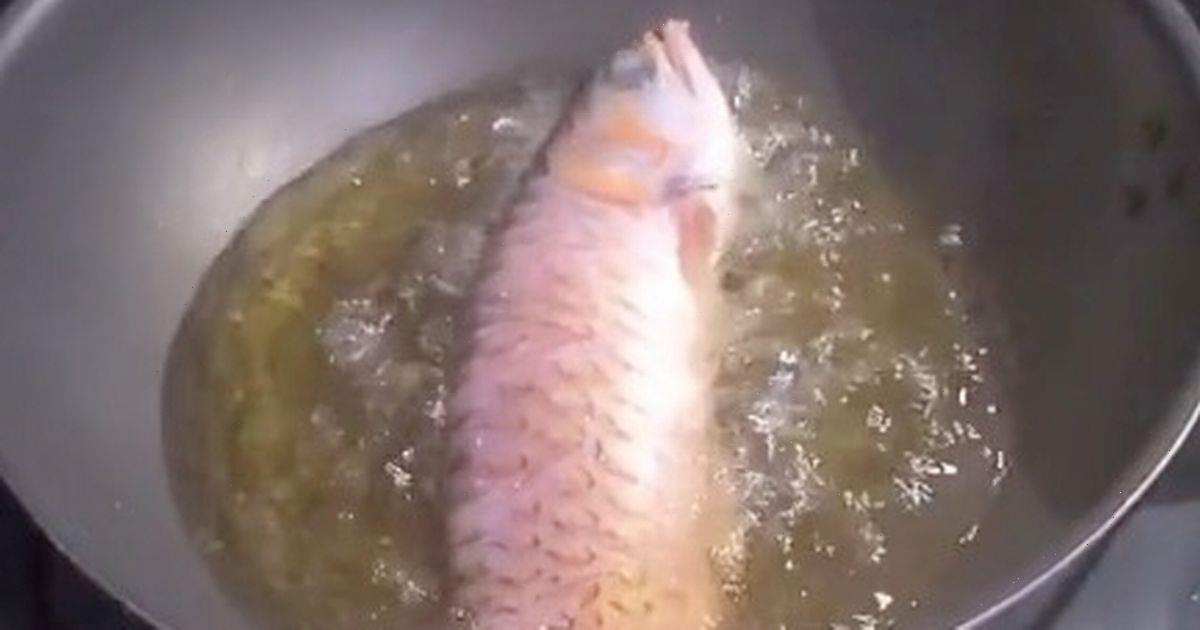 A husband was left bewildered after his wife deep-fried his pet fish — because he refused to clean the tank.

Mia Kurniawan had been asking her other half for weeks to wash the glass structure housing his Arowana, a large shiny fish that is one of the most expensive aquarium pets in the world.

Despite multiple promises to do so, she often ended up cleaning it for him.

Tired of nagging, she resorted to rinsing, scaling, seasoning, and frying the fish to eat, and filmed the entire thing on video. After sharing the video online, Mia Kurniawan has received more than 3.9 million hits on TikTok.

She claims that she only resorted to the sizzling solution because the fish had become ill, and still chose to fry it.

Her caption reads: “This is because my husband kept promising to clean the aquarium after I told him to, therefore I did it myself."

"However, the fish got sick in the end. I thought it would be delicious if I fried it."

According to the news site Coconuts, Mia's husband was initially upset at the tasty fate of his favourite fish.

However, he was soon able to see the funny side, and the couple is now on good terms again, according to reports.

This most recent frying fiasco mimics a similar incident in Indonesia last year where a father subjected his son's pet Arowana to the same fate, again for failing to clean the tank regularly.

In this instance, the dad even sent pictures to his son live during the preparation of the fried fish dish.

The Asian Arowana animal is listed as an endangered species. It is a hugely popular pet in Indonesia but is banned in the United States of America due to conservation concerns.

In the UK, you can only import them if you get a permit from the Animal Health Department of DEFRA.