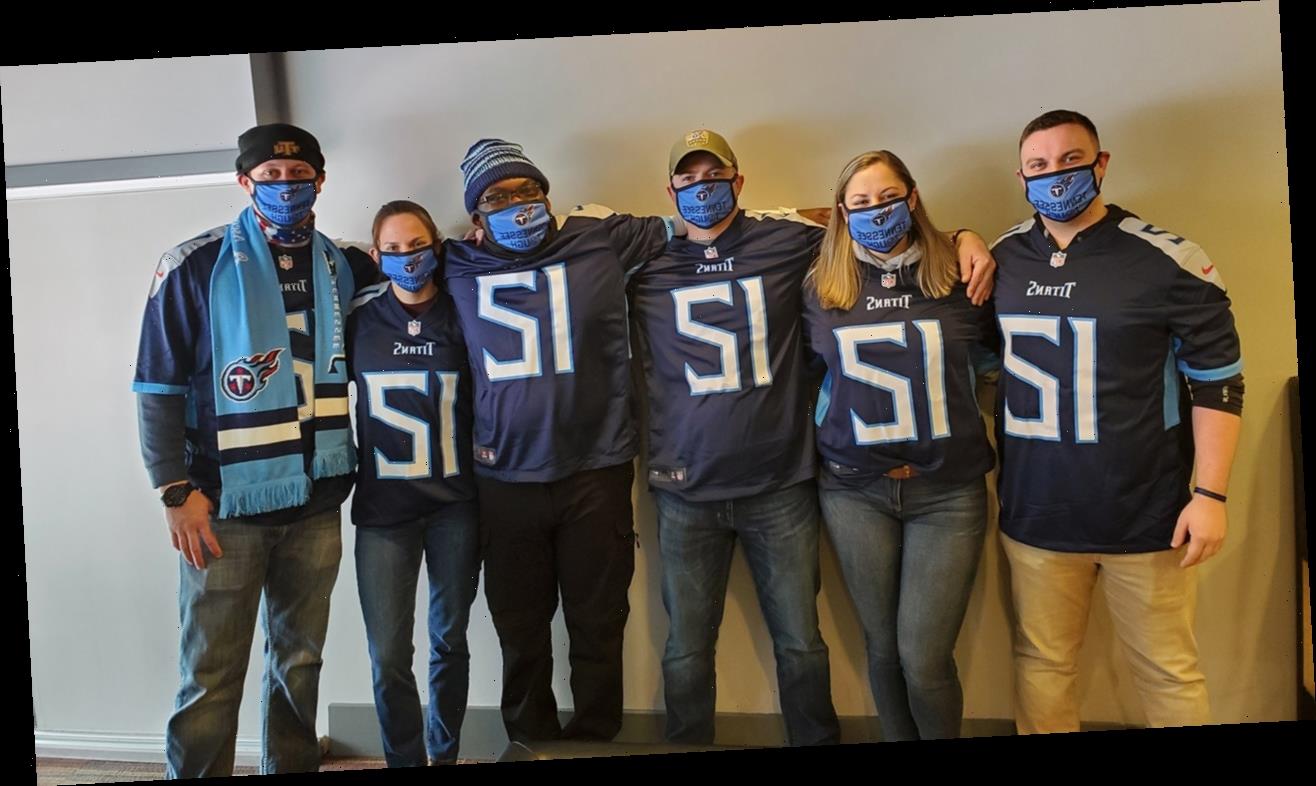 The Tennessee Titans honored six first responders who were on the scene moments before an RV exploded in downtown Nashville on Christmas Day.

Brenna Hosey, Tyler Luellen, Michael Sipos, Amanda Topping, James Wells and Sgt. Timothy Miller were the "Honorary 12th Titans" for the game against the Baltimore Ravens and also plunged a sword into the field to mark the countdown to the kickoff of the wild-card playoff game.

The Metro Nashville Police Department posted pictures and video from the pregame festivities at Nissan Stadium.

"While we can never thank these officers enough for their heroic acts, it is an absolute privilege to have the opportunity to honor them at the game on Sunday," Titans president and CEO Burke Nihill said in a statement days before the game.

The bombing occurred on Christmas Day. Police said the RV sounded warnings to evacuate and a 15-minute countdown to clear the area. The voice of the woman on the recording is believed to be a robotic, computerized voice, law enforcement sources told the Associated Press. The RV also blasted a song before it detonated, identified by law enforcement as "Downtown" by Petula Clark.

The explosion damaged an AT&T building and wreaked havoc on cellphone service for days.

Anthony Quinn Warner, 63, was believed to be behind the bombing. He died in the explosion.