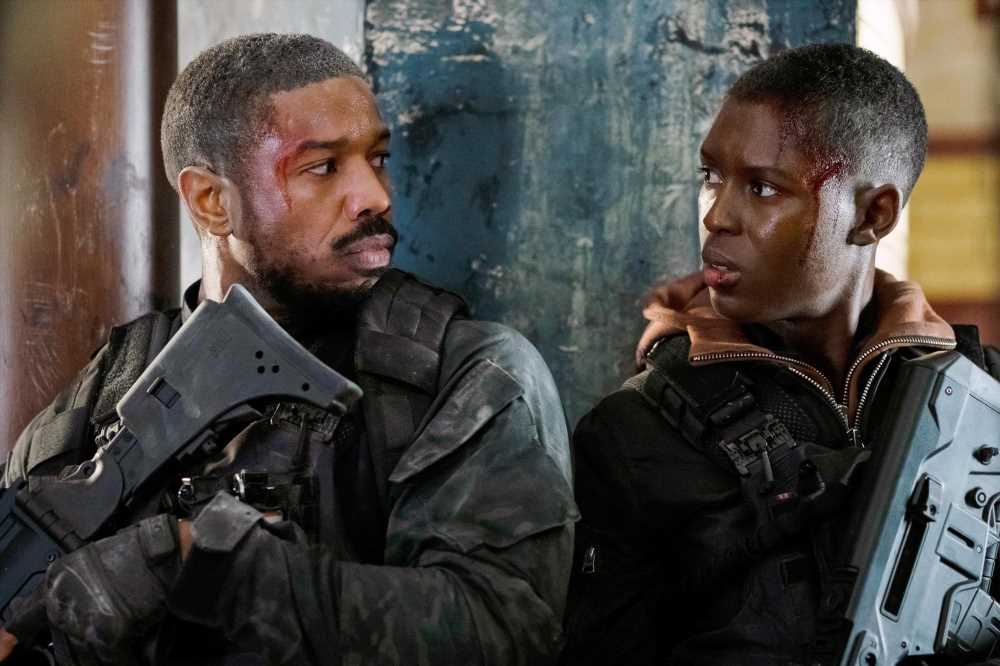 Given the news cycle, I never thought I’d miss the Russians so much. They made bang-up movie villains during the Cold War and in its immediate aftermath. Remember Famke Janssen’s violently insatiable Xenia Onatopp in the 1995 James Bond film “GoldenEye”? Fantastic.

Now, old-fashioned Russian foils are back in “Tom Clancy’s Without Remorse,” an overly familiar revenge film that bears no resemblance to the original novel and stars Michael B. Jordan as John Clark.

Sadly, though, these lame-o Russians are no longer bursting with color and personality like St. Basil’s Cathedral in Red Square. They are positively Siberian.

The cold-blooded baddies start by killing the wife and unborn child of Navy SEAL John Kelly (Jordan; the character’s name change is explained) during an assassination attempt on multiple SEALs on US soil. John survives, and goes into full Charles Bronson-in-“Death Wish” mode, murdering anybody with even tangential involvement in the crime without government approval.

The best stop on his vigilante justice tour comes early on, outside Dulles Airport. He slams into the SUV of a Russian boss, douses the car in gasoline, sets it ablaze and … hops in? Yes, John interrogates the slimeball in a smoky, vehicular oven, and then shoots him in the throat.

James Bond never did that. Roger Moore wouldn’t have dared soiling his pristine white tuxedo with blood and soot.

John, having taken lives and delayed countless flights, goes to prison, but nonetheless demands to be put on the team to kill the man responsible for his pain — Viktor Rykov (Brett Gelman).

“Sir, if this guy is as bad as you say he is, then you need somebody like me. And there’s nobody like me,” John says.

Man, truer words have never been spoken. Jordan is great, but the movie casts other strong actors such as Jodie Turner-Smith, Jamie Bell and Guy Pearce to fight alongside him, and renders them virtually unidentifiable. That’s not to say they’re disappearing into their roles — they’re disappearing full-stop, into Mr. and Ms. Cellophanes.

The see-thru SEALs arrive secretly in Russia via Leipzig, Germany, and it’s there that the action sequences nosedive. Obviously, none of this was filmed in the actual country — the Kremlin would give that request a big fat “Nyet!” — so the last 40 minutes of the movie are filled with repetitive indoor shootouts that are too dark and anti-climactic to care about.

Then, like a well-placed whoopee cushion, the laughable ending arrives. I won’t give it away, but it borrows devices from a zillion thrillers: a vast conspiracy, a hidden tape recorder, a defiant exit. You’ve seen and yawned at it all. The final action scene takes two previous ones and combines them into something comically unbelievable.

The last moment of the film suggests there’s many more to come. Indeed, Clancy has written 20 books featuring John Clark. But, even with a star as charismatic and physically formidable as Jordan, audiences won’t be hungry for a single sequel.