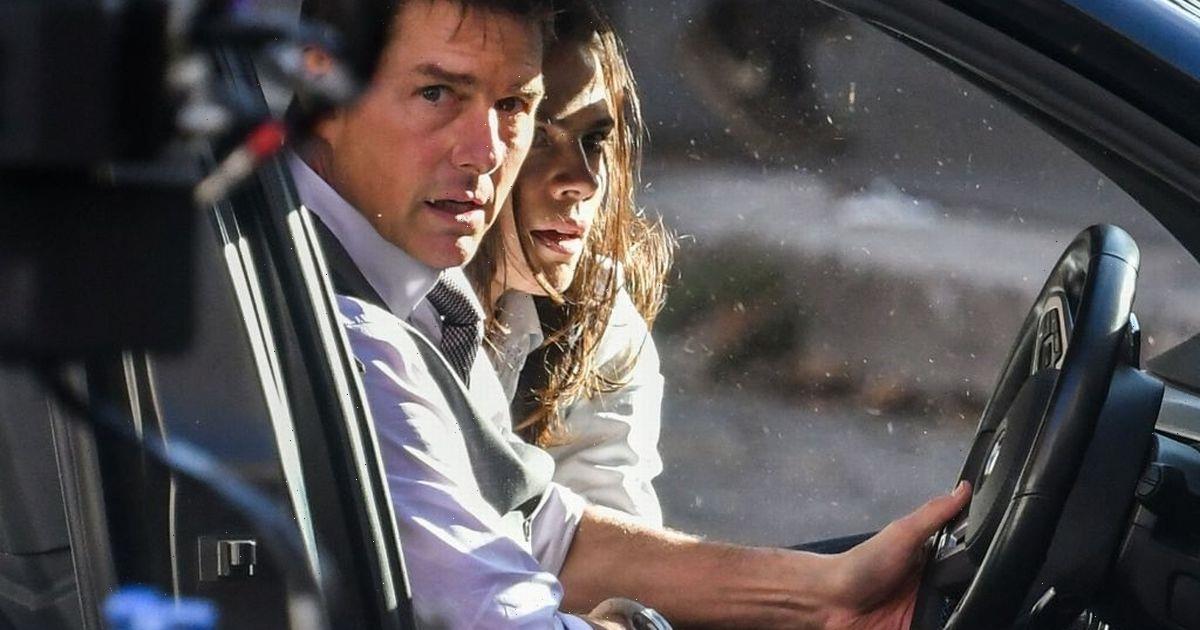 Tom Cruise is said to be having to self isolate after an outbreak of Covid-19 spread through his team working on upcoming blockbuster Mission: Impossible.

According to reports, a total of 14 members of staff have tested positive for the virus causing filming to grind to a halt.

Obeying the rules, Tom and the his colleagues are now self isolating for two weeks.

Insiders claim that Tom spent the day shooting the film with dancers who later tested positive.

A source told The Sun: "Tom is absolutely fuming about what's happened, especially given his rant to his staff last year.

"It's going to badly affect filming and they'll be playing catch-up when they finally come back.

"Fourteen crew members have got Covid — most of them are close aides of Tom's. The whole shooting crew, about 60 people, have all had to self-isolate for 14 days."

The film has been plagued with production difficulties as Tom battled to keep plans afloat amid the backdrop of a pandemic.

He famously was recorded in an explicit rage in December after catching crew seemingly bending the rules.

Prior to the Covid outbreak, the latest hiccup reported on set came due to the weather.

In April the cast and crew were filming in Yorkshire but the nature wasn't playing ball.

Winding weather is said to have halted filming as strong gust made the stunts unsafe to shoot.

Rogue branches were also said to have infuriated Tom.

“The branches hanging over were knocking on the roof of the trailer which Tom and some of the other cast had been using," a source told The Sun.

"Apparently the noise was becoming beyond irritating and they couldn’t stand it any longer.

"Two local lads were called out to sort out the problem and cut down the offending branches."

Mission: Impossible is slated for release in May 2022.

However, it's not know if Tom and studio bosses will be able to pull off the deadline due to the ongoing pandemic.

He previously warned that the battered film industry was counting on it.