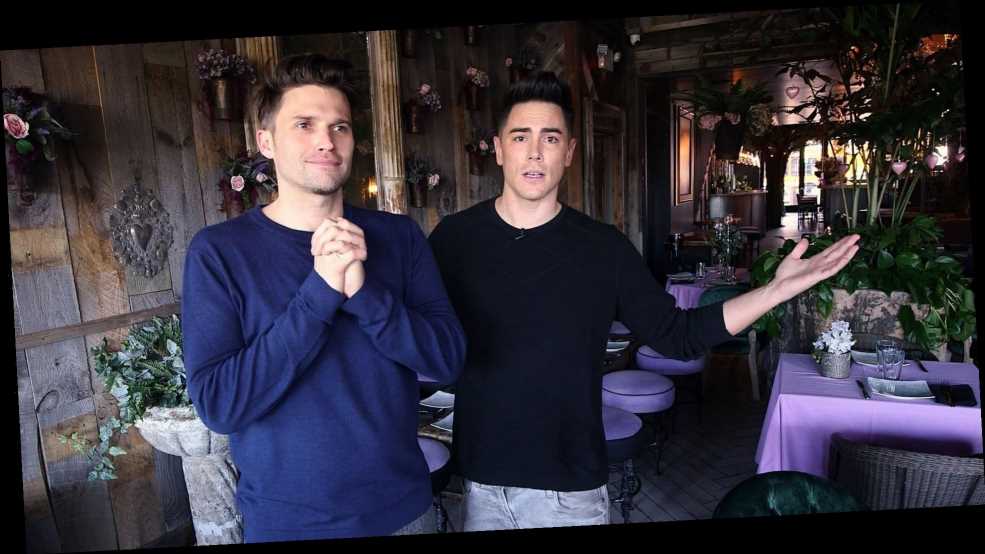 Straight from the source! Tom Sandoval and Tom Schwartz gave Us Weekly an exclusive tour of Tom Tom — the West Hollywood bar they co-own with Lisa Vanderpump and her husband Ken Todd — and shared their “favorite” parts of the trendy locale.

“The best secret of Tom Tom is that its food is amazing,” Sandoval, 36, says as the tour kicked off in front of the sleek 90-foot bar. “It’s spectacular.” 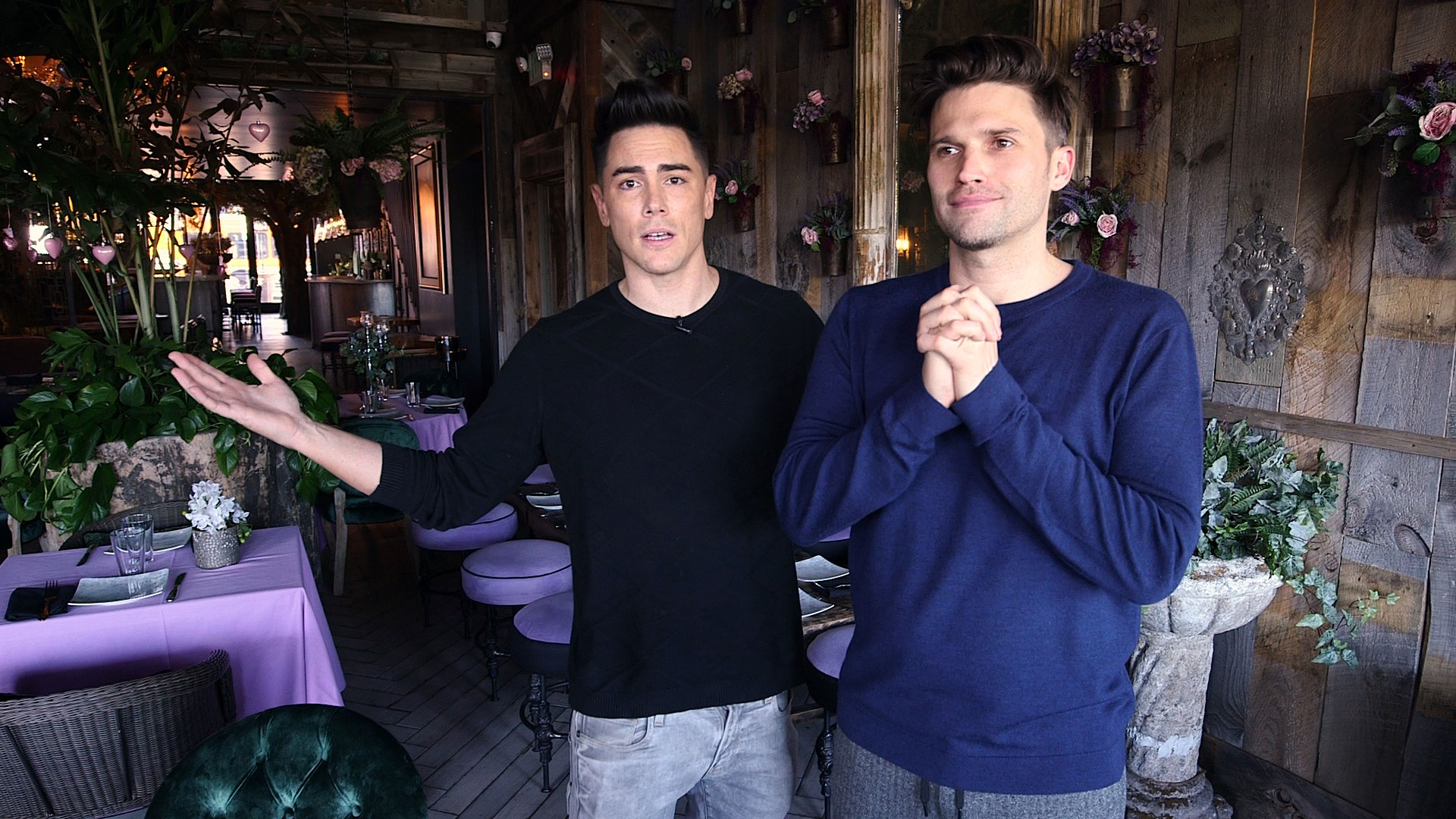 As the Vanderpump Rules stars make their way further inside the restaurant, past the custom-made chandeliers and a large clock, Schwartz explains the general vibe of the space. “We want it to be a sensory experience,” he says in the video. “We kind of want it to be a nice little departure from reality.”

The tall blue velvet booths just beyond the bar are one of Sandoval’s “favorite things” at the eatery. “When you sit down inside of it, you’ll hear a sound difference,” he says. “It really, sort of, muffles any background noise and you’re able to have a very intimate, private conversation because this acts as almost like a sound booth.”

Schwartz’s preferred spot inside Tom Tom is located on the garden patio, which he described as “warm and romantic but not pretentious.” The specific locale is a ten-person table in the back section of the outdoor area, which the Bravo personality has dubbed one of his “favorite spots in all of Tom Tom.” 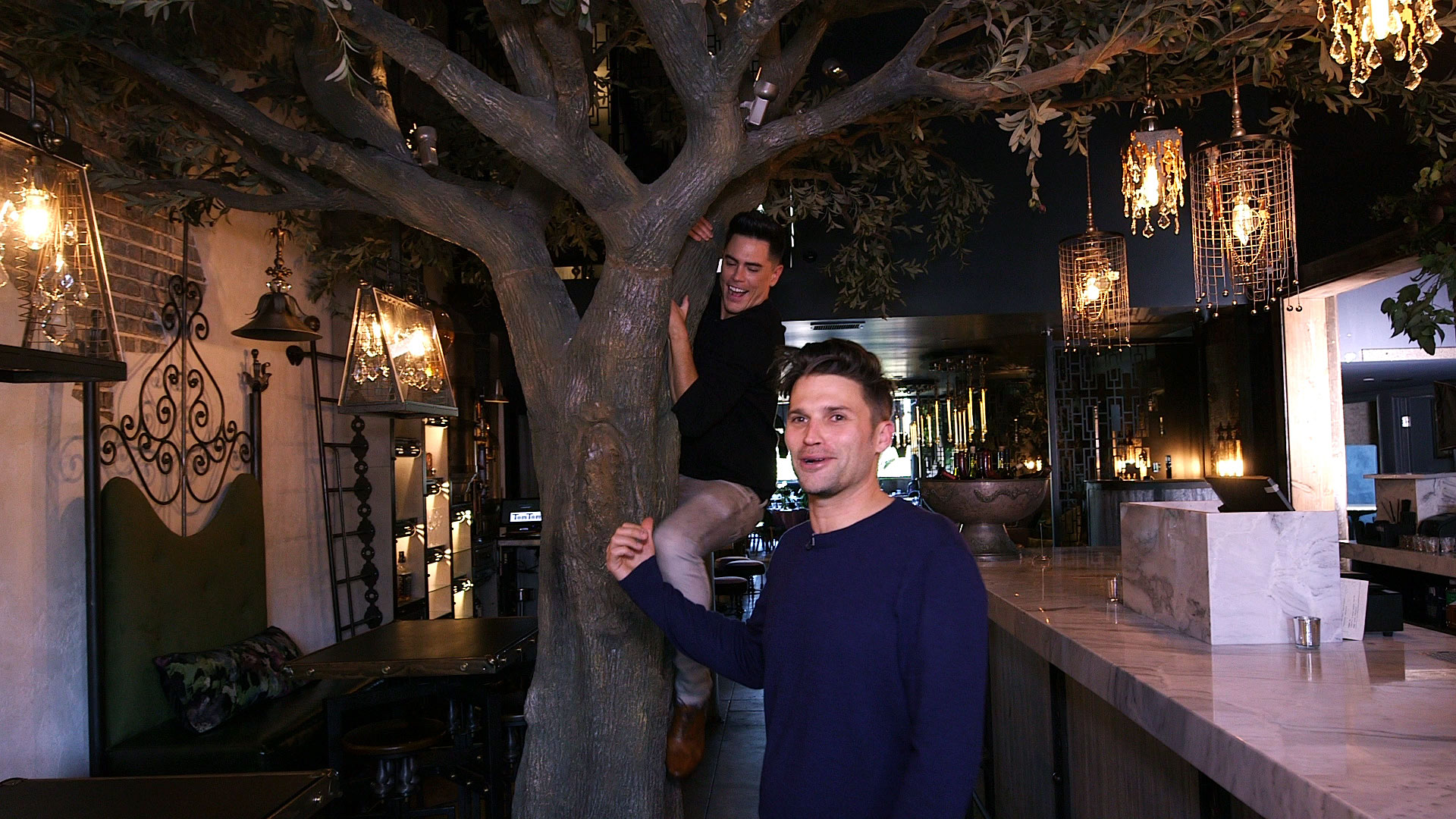 “I love sitting back here and having a drink. It conjures so many great memories. I get really sentimental about it,” Schwartz explains. “We’ve been here 10 years and at one point this was just a dream and now it’s a reality.”

A part of the establishment that many Pump Rules viewers might recognize is the framed photo of Sandoval and Schwartz sharing a kiss, which currently hangs on a wall between the bar and the patio. Schwartz called the black-and-white snapshot “the official handshake of Tom Tom West Hollywood,” but admitted that customers are occasionally confused by it.

“People ask sometimes why this is up,” he admits. “And honestly, it’s a celebration of chance, of serendipity …”

Watch the full video above for an in-depth look inside Tom Tom!