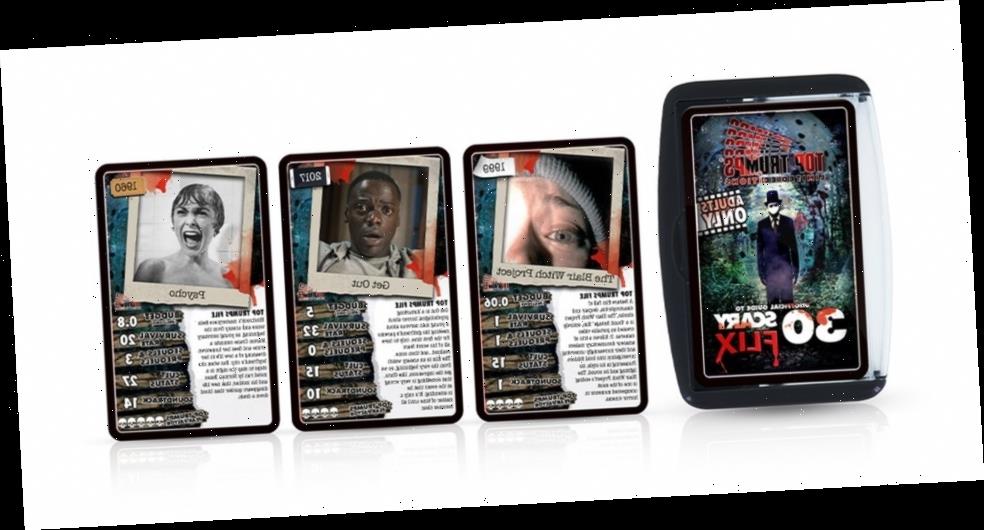 First released in 1978, card game Top Trumps has been a household name across the globe ever since. From football and military hardware, to Star Wars and The Simpsons, an abundance of variations of the game have been released.

Now just in time for halloween, Top Trumps arrives depicting 30 of the scariest movies from over the years. Entitled ‘Top 30 Scary Flix’ this latest iteration compares classic horrors from throughout the ages, from classic to contemporary, spooky to gruesome.

Those included in the pack are films like The Exorcist, Psycho, Nightmare on Elm Street, Silence of the Lambs, Paranormal Activity and Alien.