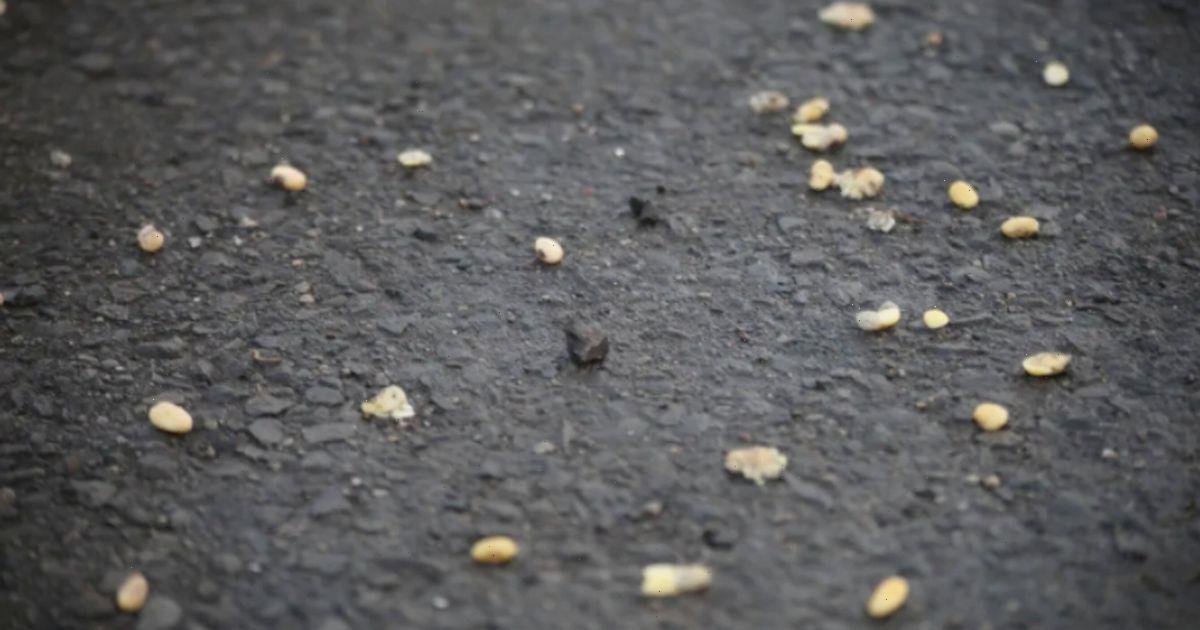 Residents of a small town in Ontario, Canada, were stunned to have woken up in their own version of Cloudy with a chance of meatballs.

Burlington Street East in Hamilton was left covered in soybeans after a malfunction in the agri-industrial centre sent them 'raining down' over the street overnight, between December 28 and 29.

Adrienne Van Halem had left her home to walk her dog that morning when she found something had been sprinkled over all of the cars, houses and porches on the northside of the neighbourhood.

Sharing her story to Reddit, she claimed she originally mistook the mysterious off-white substance as snow before later realising it was bean husks.

"My whole block is covered in the soybean skins," the homeowner said, with a picture of soybeans scattered over a car window.

She later added in an interview with CBC: "It struck me as unusual, of course.

"It's just gross and messy and surprising to have beans raining down." Following the incident, the 35-year-old called nearby Bunge, a food company that operates an oilseed processing plant in the area, to ask what happened.

She later received a voicemail confirming the facility was involved, and the next day a letter arrived acknowledging what happened, along with a gift card for a car wash.

Bunge spokesperson Deb Seidel wrote in an email to CBC News that pieces of soybeans were 'discharged inadvertently' in a 'rare occurrence.'

She added: "While the hulls discharge posed no health or safety risk to either neighbours or employees, we understand that the residue was an annoyance for our neighbours."

Seidel confirmed that gift certificates were handed out to those affected and Ontario's Ministry of the Environment is currently "working on identifying and implementing corrective action from the incident."