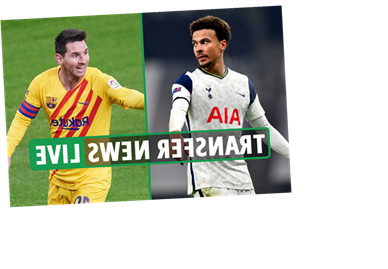 THE transfer window is open as teams look to make changes ahead of a tough second half of the season.

All Europe's top leagues are currently experiencing competitive title races – and we've the very latest from La Liga, Serie A and of course the Premier League.

Get all the latest transfer news, gossip and updates here…