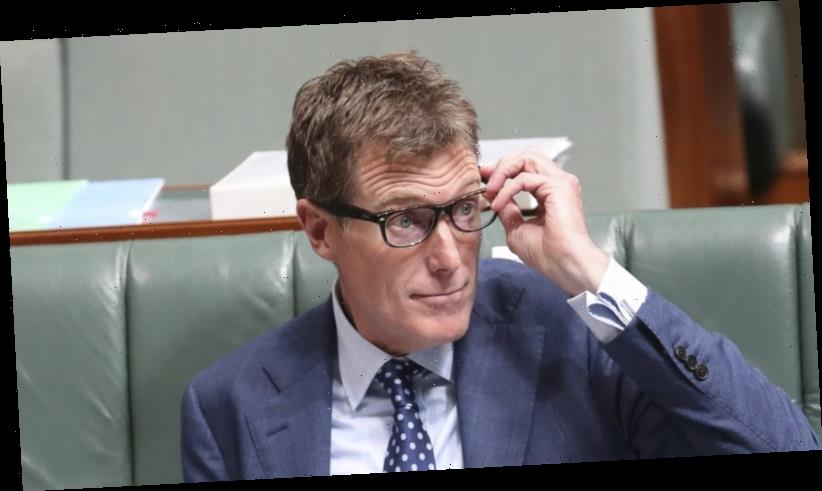 Former Prime Minister Malcolm Turnbull has revealed he warned cabinet minister Christian Porter that his personal conduct could expose him to blackmail from spies.

Mr Turnbull told the ABC's Four Corners that on December 6, 2017, he hauled in the then-Social Services Minister for a dressing down after hearing reports that he had been seen out drinking in the company of young women at a bar in Canberra, and warned him he could be exposing himself to blackmail. 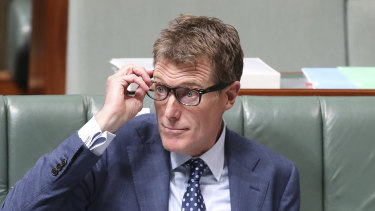 Mr Turnbull told Q&A after the program was aired that he was not aware of the full details of the incident, which witnesses told the ABC involved Mr Porter "cuddling and kissing" a female Liberal staffer and that had he known the full extent, he might not have promoted the minister to the position of Attorney-General.

"I may well have been too forgiving if I'd known at the time what was broadcast tonight would have made further inquiries before I made him Attorney-General," Mr Turnbull said.

The event was witnessed by at least five people who told the ABC's Four Corners they were shocked by it. One witness was a public servant who used a journalist's phone to photograph the incident.

Four Corners reported other witnesses included Mr Porter's ministerial colleague Alan Tudge and Mr Tudge's staffer Rachelle Miller, who revealed she was having an affair with her boss at the time.

Both Mr Tudge and Mr Porter were married at the time.

"When we were at the bar I noticed that Minister Porter was with someone in the corner and they were clearly very intimate, they were cuddling and they were kissing," Ms Miller told the ABC.

"It was quite confronting given that we were in such a public place … it was definitely a step too far.

"I remember turning around to Alan and saying 'Oh my God, I cannot believe I'm seeing what I'm seeing, what are we going to do?"

She said that Mr Tudge demanded the photograph be deleted.

At the time, Mr Turnbull was about to elevate Mr Porter to Attorney-General and into the National Security Committee.

"I reminded him that Canberra was full of spies, not all of them worked for us," Mr Turnbull said.

"The risk of compromise is very, very real, it's not just the stuff of spy novels, people who put themselves into positions where they can be compromised or blackmails are really taking risks and unacceptable risks."

Asked how Mr Porter reacted to the dressing down, Mr Turnbull said: "he clearly didn't enjoy it."

"The message was very clear that if there was reports like that, that emerged in the future that would have very, very severe consequences for his role in the ministry under my leadership."

Three months later, the revelations that Barnaby Joyce was expecting a child with his now-partner and former staffer Vikki Campion prompted the then-prime minister to introduce a bonk ban – forbidding ministers from sleeping with their staff. 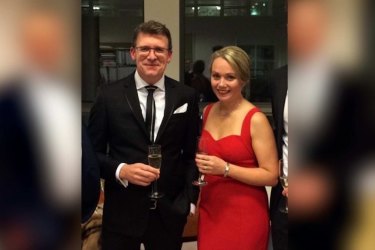 Federal Population Minister Alan Tudge with his staffer Rachelle Miller. Ms Miller has revealed they were having an affair.

Mr Turnbull revealed the ban was introduced not solely because of Mr Joyce's behaviour but also the reported behaviour of Mr Tudge and Mr Porter.

Ms Miller, also married, said her affair was consensual but that she felt as though she had no power in the relationship.

Their affair began in June 2017 and lasted until November.

"I lived to bitterly regret it," she said.

"I didn’t feel I had any power at all to be able to stand up for myself," she said.

Both Ms Miller and Mr Tudge are no longer married.

"Tonight, matters that occurred in my personal life in 2017 were aired on the ABC’s Four Corners program," Mr Tudge said in a statement.

"I regret my actions immensely and the hurt it caused my family. I also regret the hurt that Ms Miller has experienced."

The most important news, analysis and insights delivered to your inbox at the start and end of each day. Sign up here.