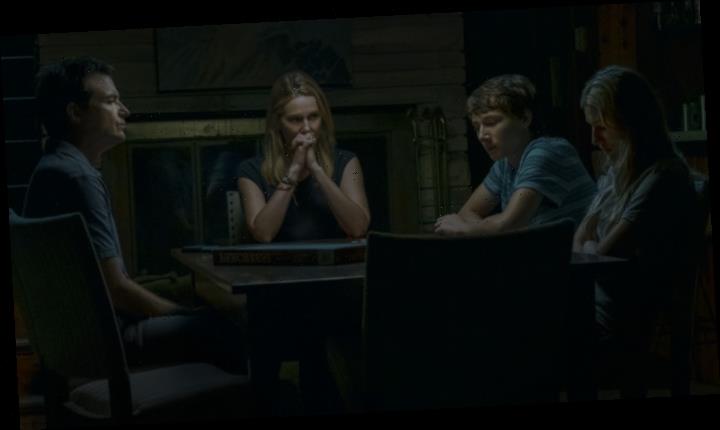 In today’s TV News Roundup, Netflix released the first trailer for the third season of “Ozark” and the premiere weekend of “Tyler Perry’s Young Dylan” broke ratings records on Nickelodeon.

Mike Vogel, Adam Demos and Margaret Odette have joined the cast of the upcoming Netflix dramedy series “Sex/Life.” Vogel will play the husband of series protagonist Billie (Sarah Shahi); Demos will play the music mogul heartbreak that Billie hasn’t gotten over; Odette will play Billie’s best friend who accompanies her on the dating scene of Manhattan. Additionally, an entirely female directing team will helm the series, including Patricia Rozema, Jessika Borsiczky, Samira Radsi and Sheree Folkson. “Sex/Life” is executive produced by showrunner and writer Stacy Rukeyser, as well as Jordan Hawley and Borsiczky.

Netflix has announced new series regulars for its upcoming spy thriller “In from the Cold.” Ivanna Sakhno will play a young Russian intelligence agent caught between her mentor and the promise of a “New Russia.” Cillian O’Sullivan will play a rogue CIA agent convincing Russians to switch allegiances. Lydia Fleming will play a teenager competitive figure skater unaware that her mother is a spy. Charles Brice will play a computer hacker working with the CIA. Alyona Khmelnitskaya will play a KFB field operative turned Soviet instructor. Ami Canaan Mann directs the first episodes.

Annalynne McCord has joined Starz‘ “Raising Kanan.“ McCord will play Toni, a chic Upper East Side publicist who prides herself on her toughness and attitude. The show is executive produced by creator Courtney A. Kemp, through her company End of Episode, and 50 Cent, through his company G-Unit Film and Television. Sascha Penn serves as creator and showrunner. Other executive producers include Mark Canton through Atmosphere Entertainment MM, End of Episode’s Chris Selak and Danielle DeJesus, Shana Stein, Bart Wenrich and Kevin Fox. Rob Hardy also serves as executive producer and he will direct the premiere episode.

Dani Montalvo and Luke Humphrey will star in the feature “I Was Lorena Bobbitt” for Lifetime as the real-life Lorena and John Bobbitt, respectively. Additionally, a PSA will run following the movie for the National Coalition Against Domestic violence as part of Lifetime’s public affairs campaign “Stop Violence Against Women.” The film, which will debut later this summer, is the latest in Lifetime’s “Ripped From the Headlines” franchise. Lorena Gallo (formerly Bobbitt) is an executive producer on the project, as is Andy Streitfeld, Jeff Vanderwal and Charles Tremayne. It comes from Cineflix Productions.

Ginger Gonzaga has been cast in the drama pilot “The Cleaning Lady.” Gonzaga will play the undocumented half-sister of series lead Reyna (Shannyn Sossamon), who welcomes Reyna and her son into her home to live with her own family. “The Cleaning Lady” comes from Warner Bros Television and Fox Entertainment. Miranda Kwok, Melissa Carter, Michael Offer and Shay Mitchell serve as executive producers.

CBS News reporter Seth Doane will serve as a correspondent on “60 in 6,” an upcoming program that will stream on Quibi. The announcement was made by “60 Minutes” executive producer Bill Owens. Previously, “60 in 6” announced journalists Laurie Segall, Wesley Lowery and Enrique Acevedo to the dedicated unit that will produce a weekly program of approximately six minutes per episode.

Faith Jenkins has joined “Divorce Court” as the program’s new judge. Jenkins will provide judgement for cases ranging from divorce court to other domestic disputes beginning in July 2020. Before joining “Divorce Court,” Jenkins had served as a barred attorney in New York for 14 years. The series comes from Lincolnwood Productions and is distributed by Fox First Run.

Netflix has released a trailer for Season 3 of “Ozark.” The new footage shows the Byrdes now operating a casino and struggling to keep their family safe as their criminal empire grows. All episodes of the new season will launch on the streamer March 27. The series comes from MRC Television and is executive produced by show creators Bill Dubuque and Mark Williams, as well as star Jason Bateman, showrunner Chris Mundy, and John Shiban.

HBO has released the trailer for its upcoming documentary “Kill Chain: The Cyber War on America’s Election.” The film will dive into the weaknesses of election technology and confront the risks those vulnerabilities pose by following Finnish hacker and cyber security expert Harri Hursti. Interviews with various politicians, cyber experts and key figures in election security also supplement Hursti’s journey. The documentary is executive produced by Jason Blum, Jeremy Gold, Marci Wiseman and Mary Lisio for Blumhouse, and Nancy Abraham and Lisa Heller for HBO. It will premiere on March 26 at 9 p.m.

Urban Movie Channel released a trailer of “Behind Her Faith.“ The new docuseries will provide viewers with a behind-the-scenes look at the power of faith and its driving force on successful women in entertainment, sports, music, business, politics, and ministry. Each episode will center on one subject as they open up to viewers about their “greatest achievements and their biggest successes as well their disappointments and most heartbreaking moments.” The first installment of “Behind Her Faith” will feature Essence Atkins, Aisha Hinds, Niecy Nash and Angelica Nwandu.

Discovery, Inc. and Chip and Joanna Gaines have announced “Growing Floret,” a new original series for their upcoming joint-venture, Magnolia Network. The series follows Floret Flower Farm, one of the most successful organic flower farms in the United States, as its team attempts to turn more than 20 acres of chemically damaged into a self-sustaining flower garden. Magnolia launches Oct. 4.

Cumulus Media’s Westwood One has released the first and second episodes of “Whoop It Up with Vicki,” a new podcast from former “Real Housewives of Orange County” star Vicki Gunvalson. Joined by friends and guests, Gunvalson dishes on “Real Housewives” and shares personal stories of her own life. The podcast is available on Apple Podcasts, Spotify, Stitcher, TuneIn, Pocket Casts, Google Podcasts and other platforms.