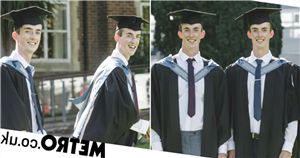 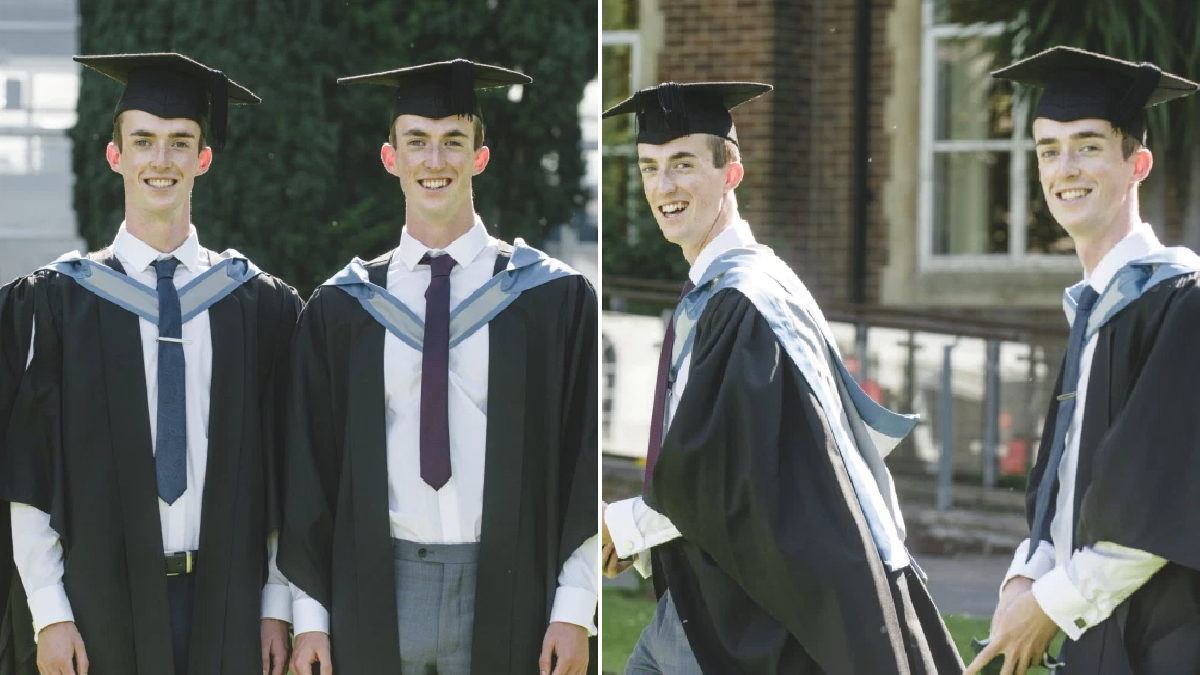 Twins Adam and Jack Tremlett, 23, have both graduated from Exeter University on the same day at the same ceremony after training to become doctors during the pandemic.

Jack said their mother’s job as a nurse played a big part in their joint decision to get into medicine.

He said: ‘I think mum’s stories of life in the NHS did inspire us.

‘The chances of getting into medical school are low as it’s so competitive, so we didn’t expect both of us to get places in Exeter.’

The also two admit their choice to both become doctors is largely down to their competitiveness and their determination to ‘inspire each other to be the best we can’.

As if getting a medical degree wasn’t enough to be getting on with in a normal year, the twins also had to contend with learning the ropes during a pandemic.

The two had placements disrupted and were put in some of the most difficult wards at the height of the pandemic, with Adam saying he was ‘thrown in at the deep end’ as he completed placements in A&E and respiratory wards.

Adam said: ‘We’ve got a tried and tested technique of throwing exam questions at each other and testing each other.

‘The only issue has been that we often have to smile awkwardly in hospital when a colleague mistakes one of us for the other.’

Now, however, mix-ups at work will be few and far between, as the twins will be working at different hospitals.

Vice Dean of Education at the University of Exeter Medical School, Professor Ian Fussell, said: ‘We’re so proud of all they’ve achieved, and I’m sure they’ll make exceptional health practitioners and leaders.

‘We’re delighted to celebrate their gradation with them, ahead of a full in-person ceremony when we can do that.’