Mother knows best! Tyra Banks is known for her confidence and promotion of body positivity — and the supermodel is crediting her mom, Carolyn London, for instilling such messages in her from a young age.

“I think a lot of it had to do with my mother. You know, me being really, really skinny and awkward at one time and feeling unhappy about that. Her helping me to get through that and saying that my whole worth is not this skinny body and one day it will gain some weight and you know, everything’s gonna be okay,” Banks, 46, told Us Weekly exclusively while promoting the latest Nine West collection and campaign at ABG West Style Studio in West Hollywood on Thursday, March 5. “And then me gaining weight and then the fashion industry saying that was too big and her being there and saying, ‘They will not define you. You will not lose weight for these people. Let’s figure out a different clientele. Let’s figure out somebody that can appreciate who you are and who you’re becoming.’”

The America’s Next Top Model alum noted that her mother’s advice has allowed her “to be able to continue to be positive,” even as she’s a bit fuller than normal. “Right now I’m like 25 pounds, 30 pounds heavier than I normally am, and I’m rocking it in these Nine West ads 25 pounds heavier,” she revealed. 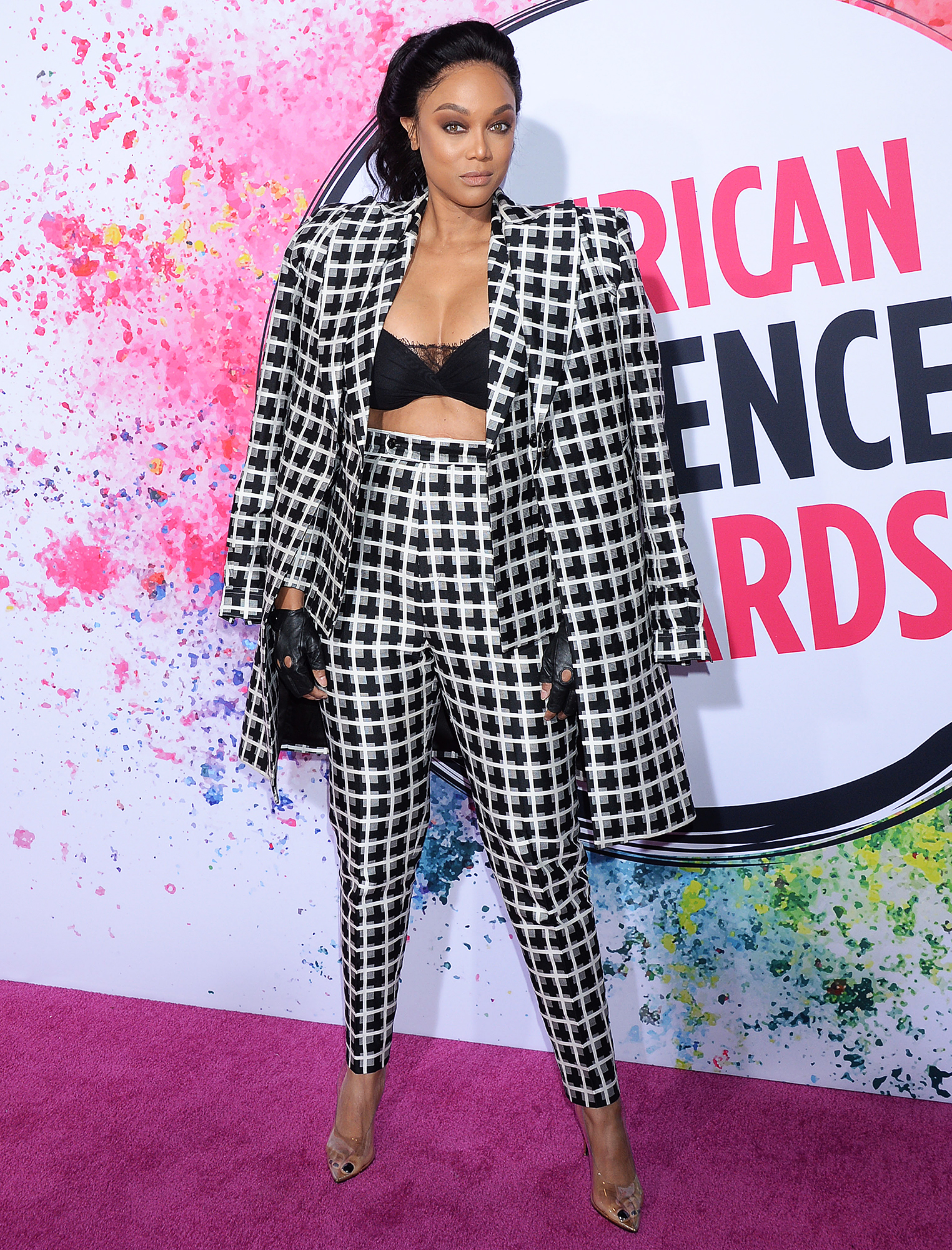 “[Nine West] didn’t tell me to lose weight but, you know, is that the most comfortable body for me? Not necessarily,” the businesswoman admitted. “But I don’t trip out about it, you know? I’m sitting down, I’m feeling a roll here and there. I’m like, ‘OK, let me get this blazer. I’m gonna work this blazer, so that I can feel comfortable and feel relaxed, but still feel beautiful.’ That’s what it is. I don’t trip out about it.”

Banks, who shares four-year-old son York with ex-boyfriend Erik Asla, noted how her fashion style has become “a lot more comfortable” as of late. She said she doesn’t “have to sacrifice hugs” with York because of the types of clothing she wears.

“I used to wear like a lot of more strappy heels and I still like those, but I’m not wearing those all day. That’s more like a night moment or something,” she told Us. “If I need to wear my heels all day, it is going to be a pump — and that’s since being a mom. Being a momma, the blazers are typically made of wool and now, I wear the sweatshirt type of material blazer. Even if my son is pulling on it, it’s not going to mess me up.”

Banks has been a major figure who has helped to change the modeling industry. Through her long-running America’s Top Model franchise, she cast aspiring models of diverse ethnicities, looks and body sizes. Her show also helped to launch the careers of Winnie Harlow, Eva Marcille and Analeigh Tipton, among others.

Earlier this year, the Tyra alum called out the fashion industry for adjusting to the times out of necessity rather than a willingness to accommodate differences. “Oh, you changed? Yeah, you changed because you had to. Because if you didn’t, no one would want your ass,” she said in a YouTube video in January, which promoted her upcoming ModelLand amusement park. “It’s too late, because today I am wise enough to know my beauty is not defined by you. Beauty is all shapes and sizes. All colors and genders. Young and old. Tall and short. Thin and thick.”

Banks is a Global Brand Ambassador for fashion retailer Nine West. Speaking to Us on Thursday, the Coyote Ugly actress revealed what she loves most about the brand.

“It looks more expensive than it is. So I do like that, and I like that there is such a plethora of things to choose from,” she explained. “We got the bright stuff, we got the animal skin, we’ve got the barely-there stuff, we’ve got the translucent with the leather on the bottom. I love the purse that’s embossed, so it just looks lux.”

With reporting by Carly Sloane