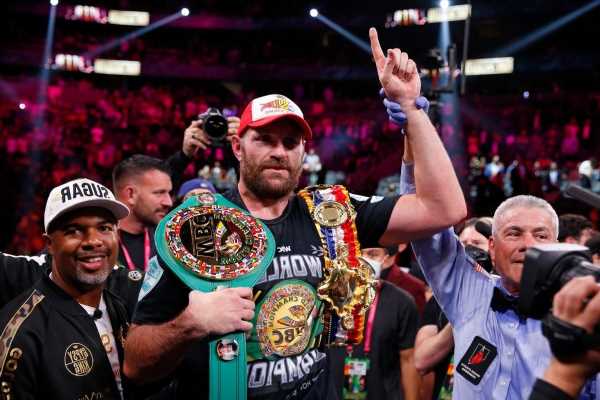 Carl Froch has claimed he “wouldn’t be surprised” if Tyson Fury retired from boxing following his knockout victory over Deontay Wilder.

Fury won an instant classic in Las Vegas to defend his WBC heavyweight and defeat Wilder in the third meeting of their trilogy.

The ‘Gypsy King’ has been urged to wait for a unification fight against the winner of champion Oleksandr Usyk and Anthony Joshua’s rematch, while Dillian Whyte is the WBC’s challenger ahead of his fight against Otto Wallin later this month.

But while former super middleweight champion Froch admits that a fight with any of those heavyweight rivals would appeal to boxing fans, he suggested that Fury may not be thinking that way.

“People want to see AJ rectify his bad performance against Usyk, or maybe even see Usyk against Fury. Let’s not forget about Dillian Whyte, a top fighter who has been tapping on the door for that WBC title for many years. Whyte deserves his shot.

“But for Fury to defend against Whyte, then face the winner of AJ and Usyk? I don’t think he needs to. I am putting myself in Fury’s shoes. The last thing he will want to do at the moment is talk about who to fight next. I would not be surprised if he has one eye on retirement.”

Fury did not call anyone out in the ring following his 11th round knockout of Wilder, adding post-fight: “Before I start thinking about other men, I am going to bask in my victory.”