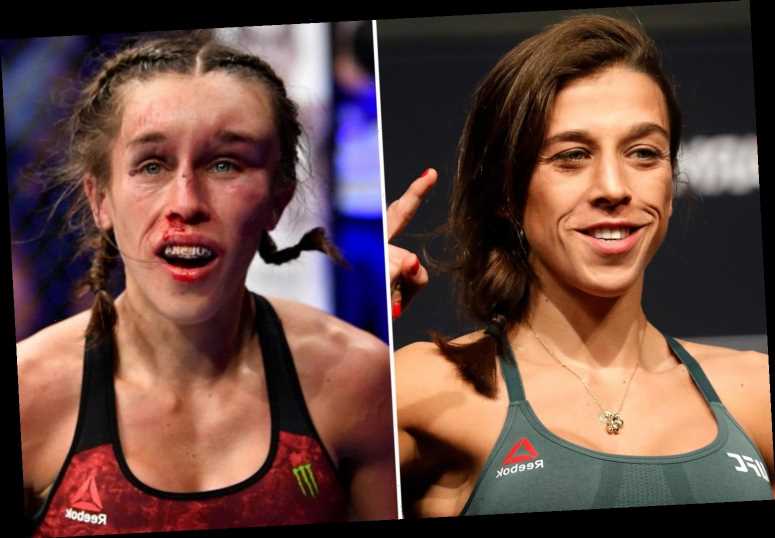 JOANNA JEDRZEJCZYK was left barely recognisable after her sensational fight with Weili Zhang at UFC 248.

Zhang was defending her strawweight crown against former champion Jedrzejczyk and the pair left it all in the cage in what is already being dubbed the greatest female fight in UFC history. 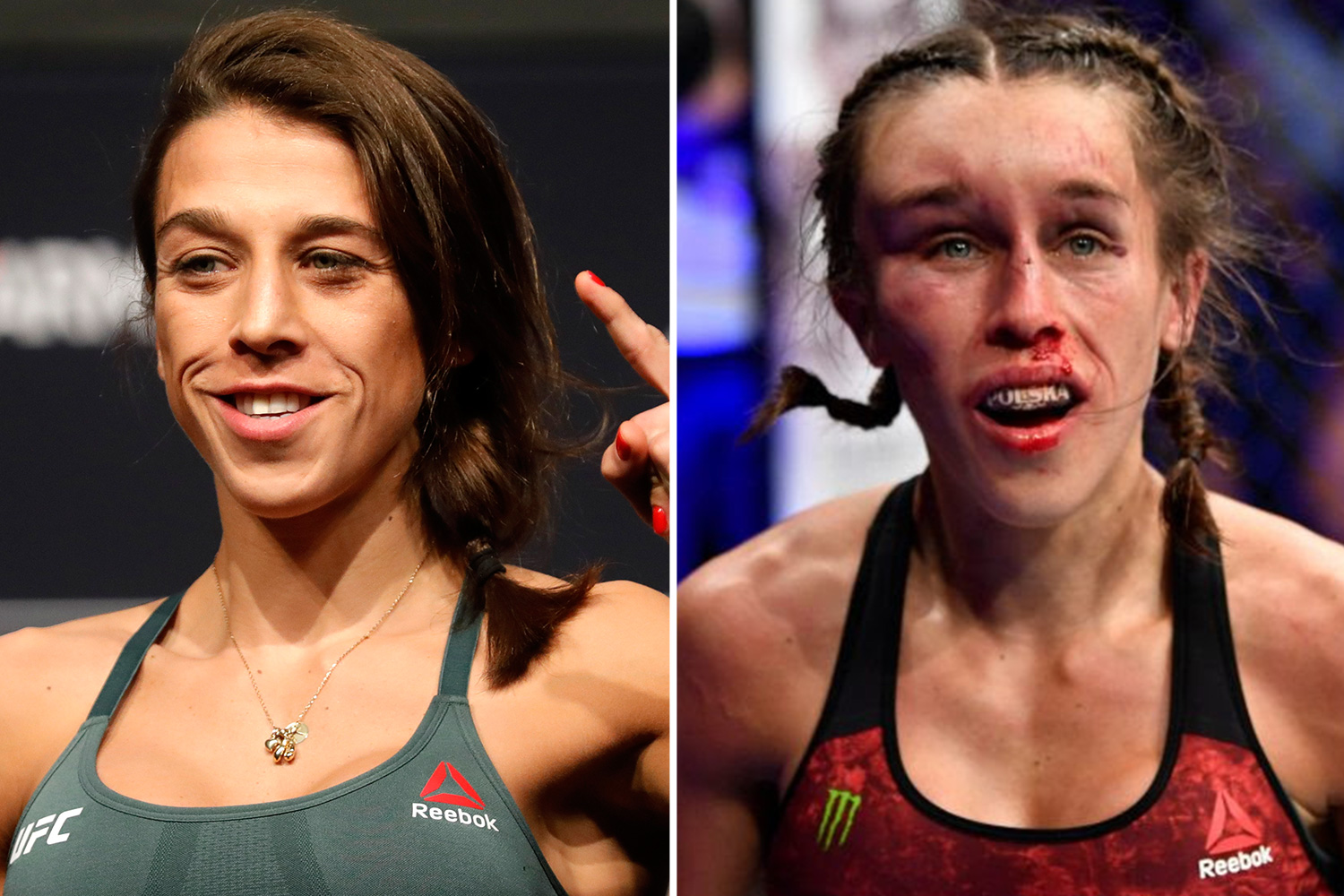 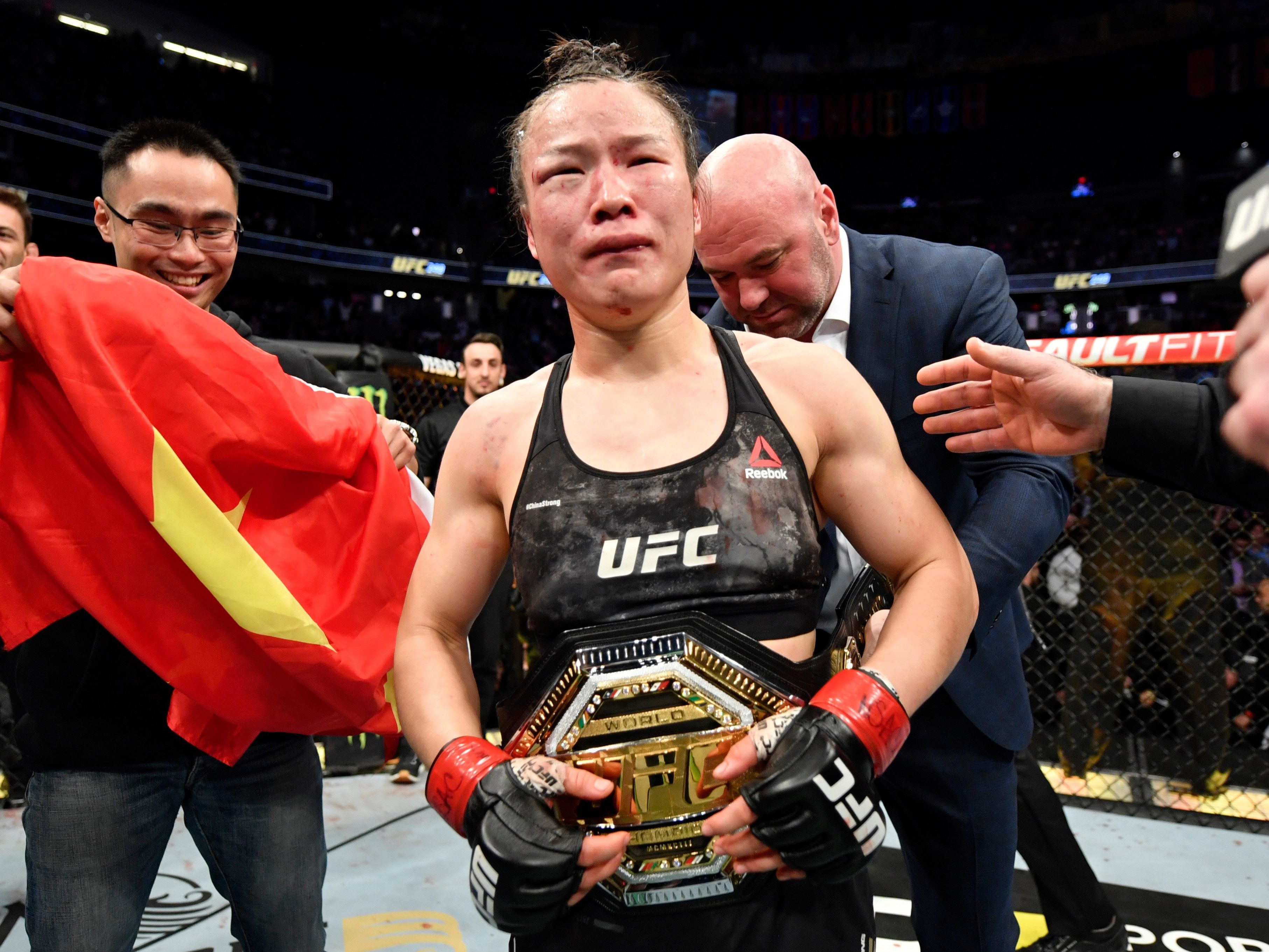 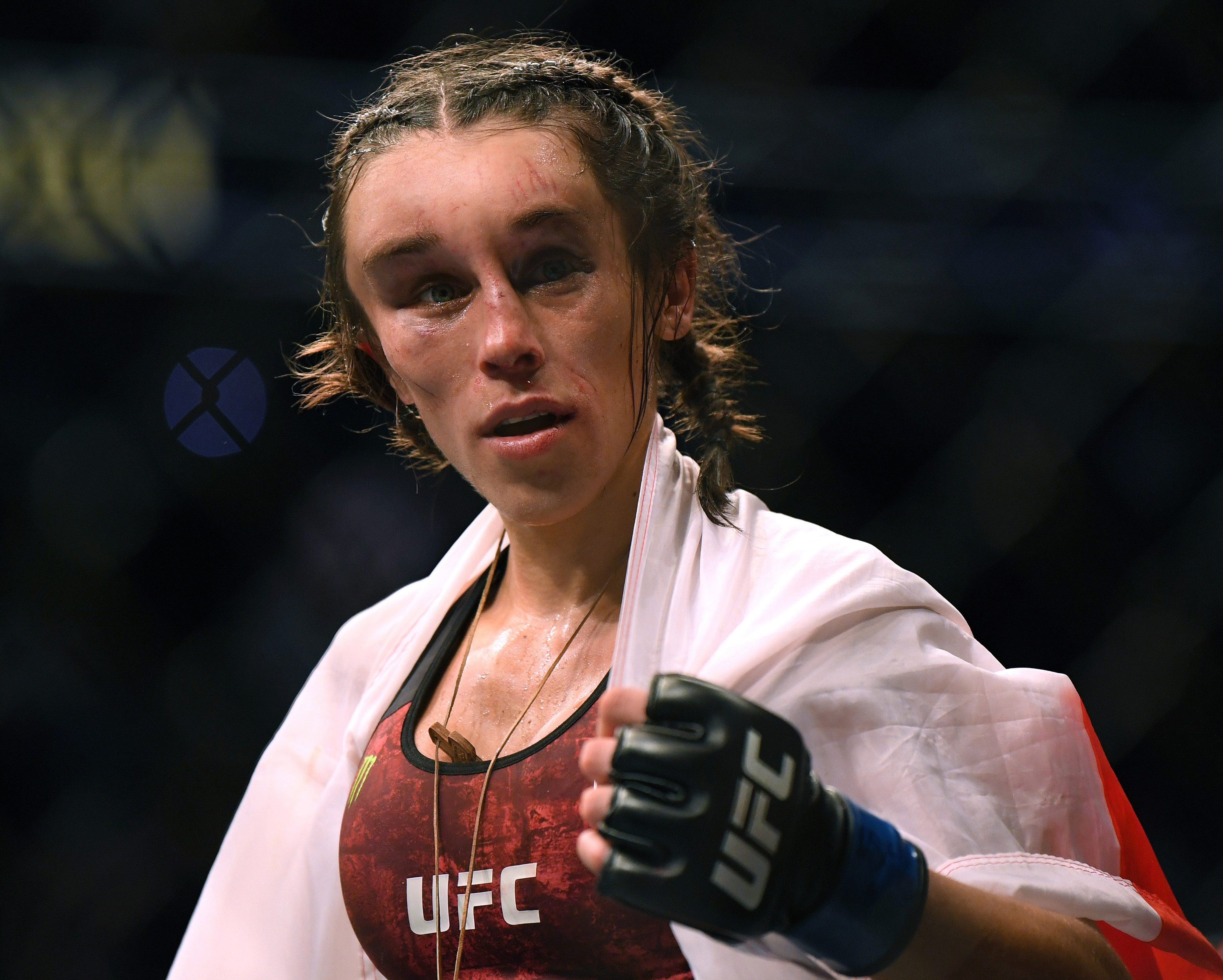 But the duo were then rushed to hospital having both suffered battered and bruised faces.

Jedrzejczyk lost by narrow split-decision and left with a horrifyingly huge hematoma on her forehead for her part in the instant classic.

After the loss, Jedrzejczyk said: "You see my swelling? She did great.

"There was something missing but I felt all the punches and the swelling was bothering me.

"My head was going on and off. Congrats, champ. I'm very happy we had a good fight."

Zhang won Jedrzejczyk's former belt against Jessica Andrade last August and made the first successful defence of the 115lb title – but admitted afterwards she was holding her breathe as the scorecards were read out.

She said: "I wasn't really sure that I got it, it was a great performance and we're all martial artists here.

"We're artisans, we don't want any trash talk here, we want mutual respect. We want to set a good example for the kids." 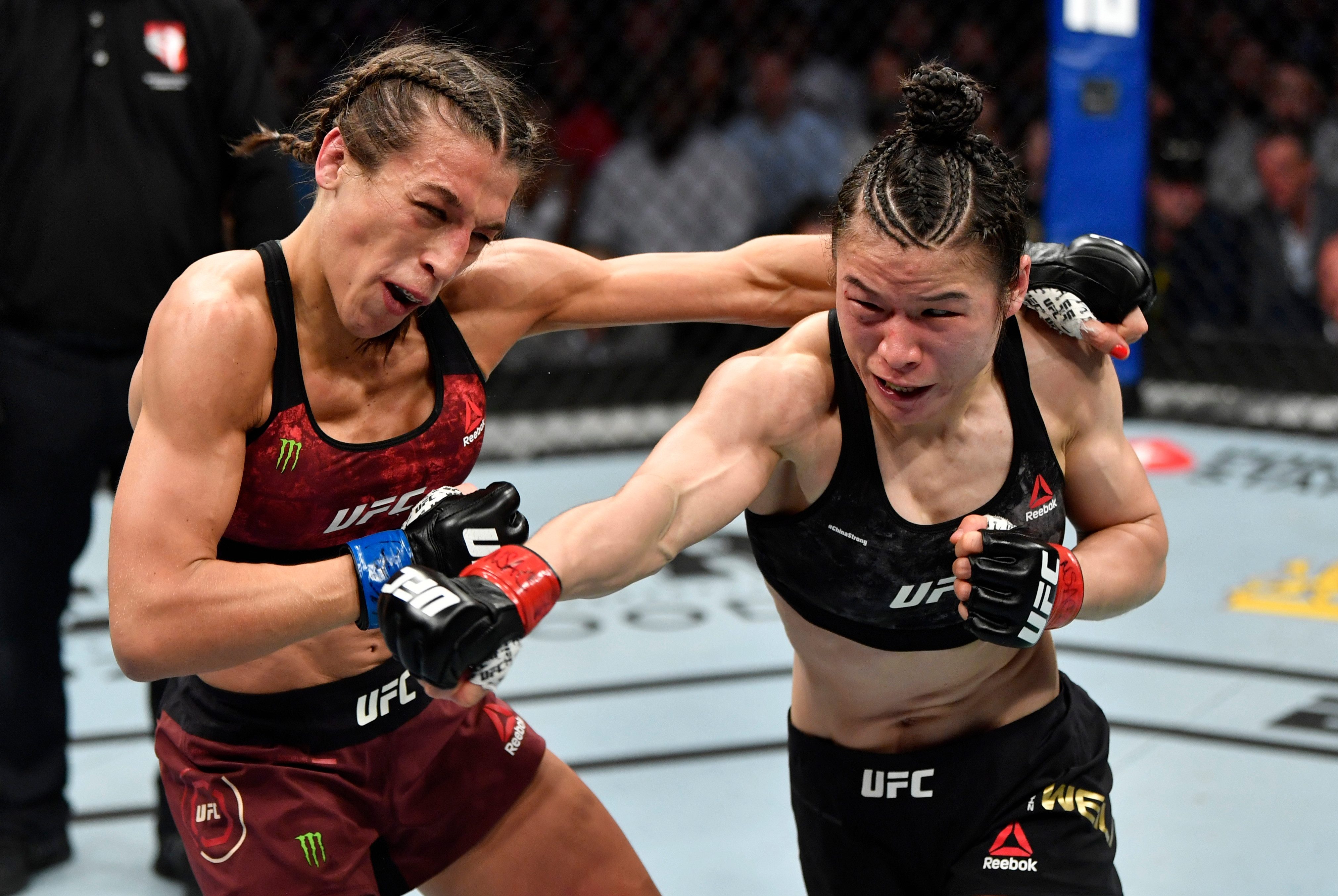 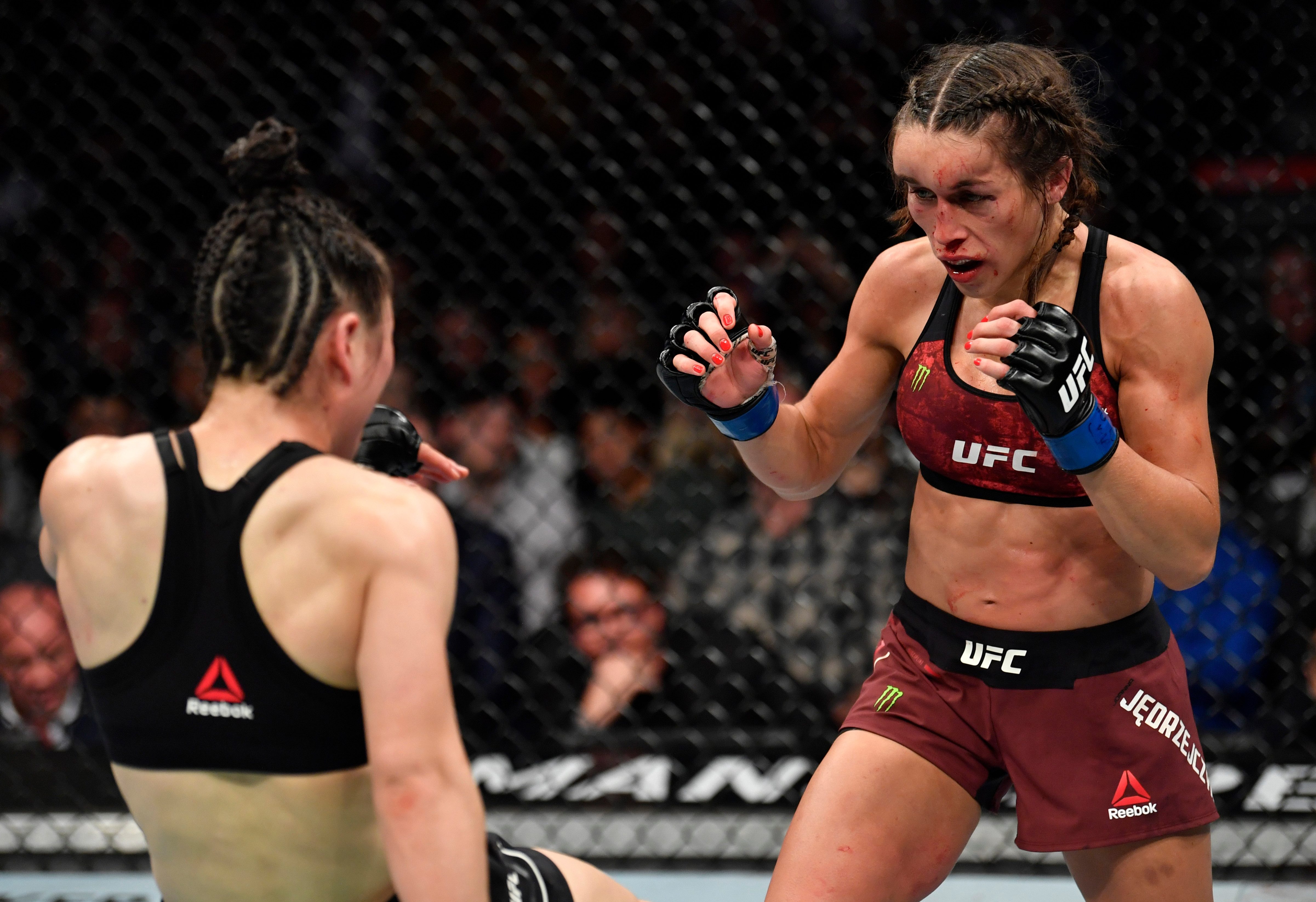