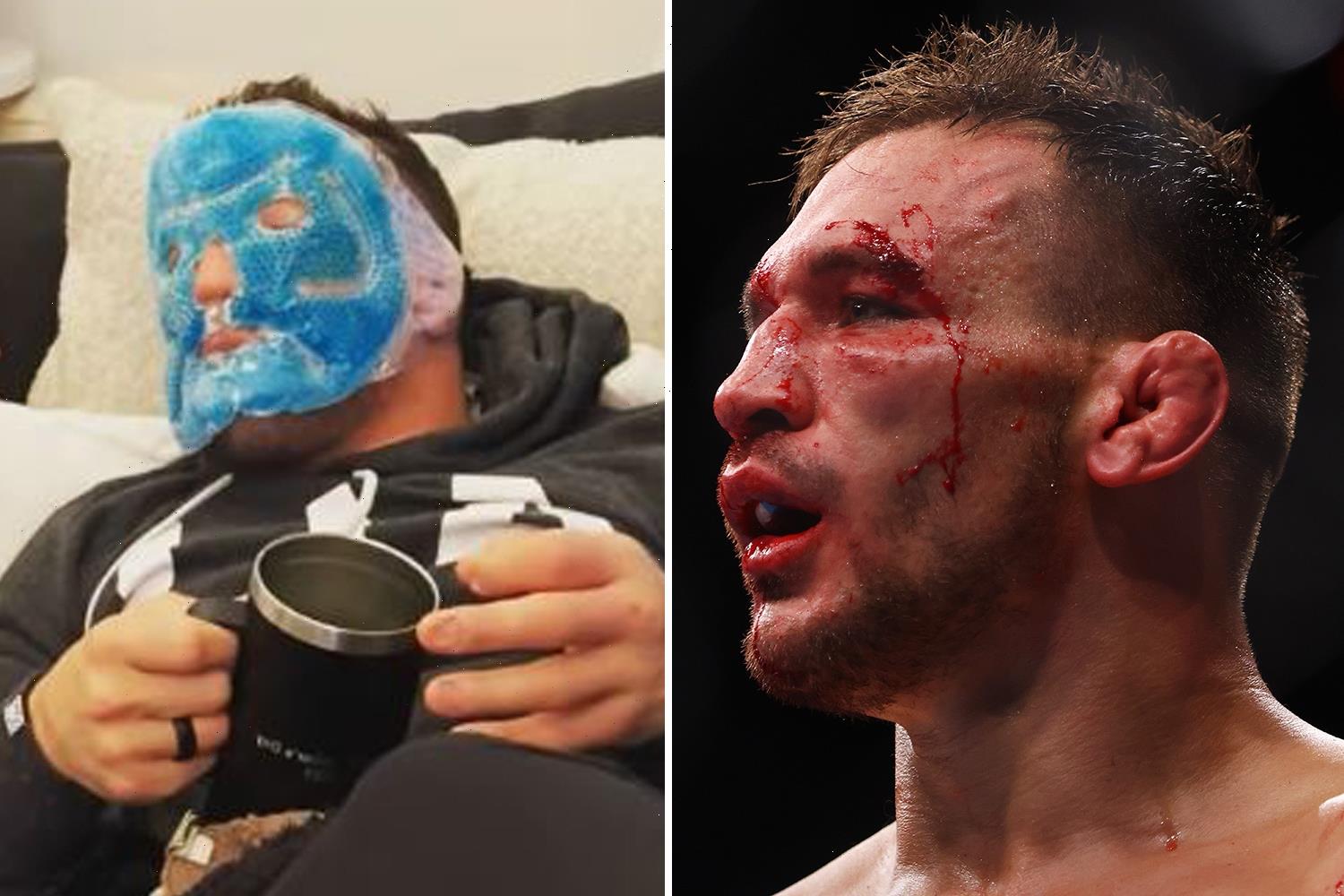 MICHAEL CHANDLER's war with Justin Gaethje left him needing an ice mask to reduce the swelling on his face. 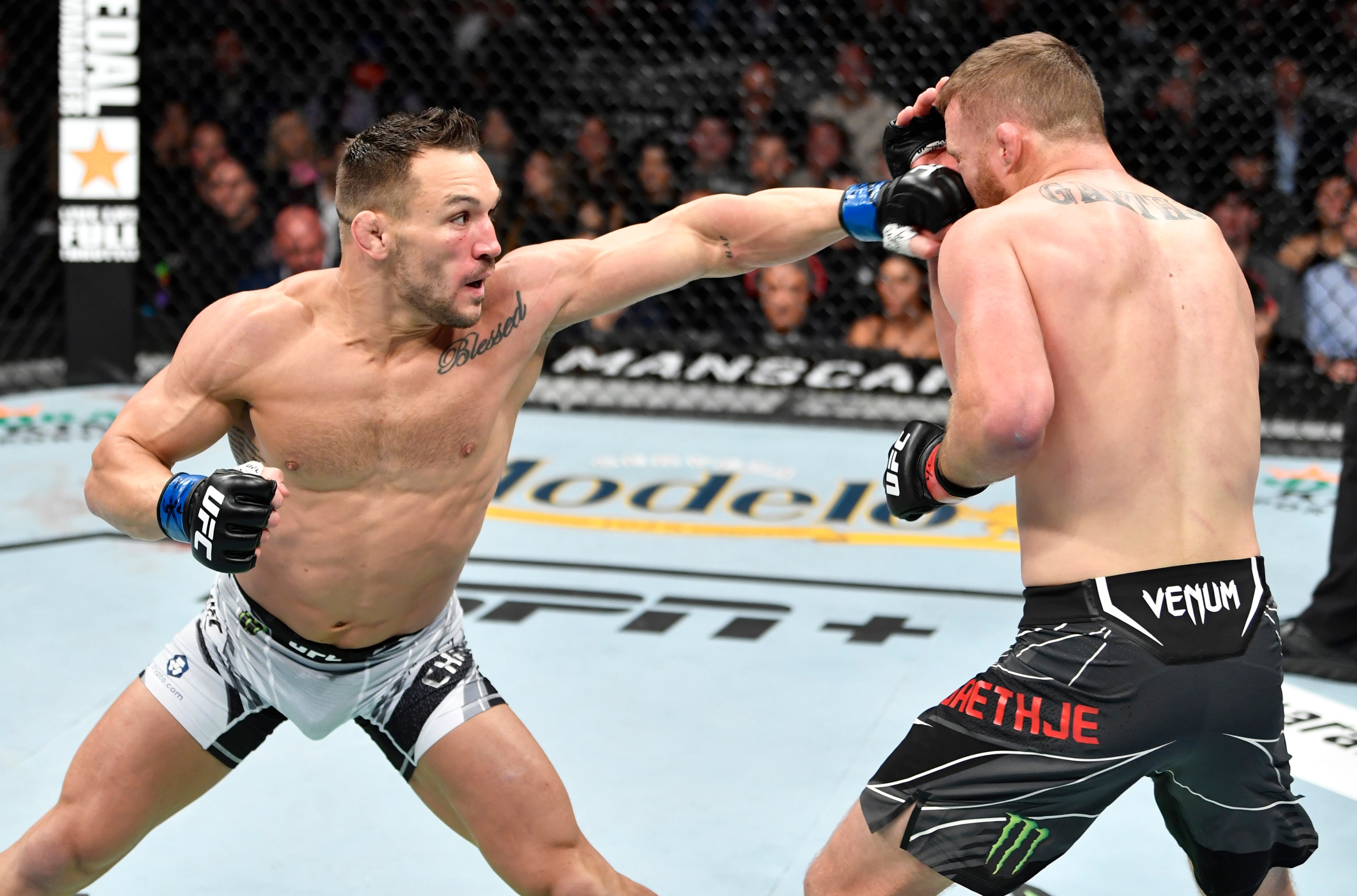 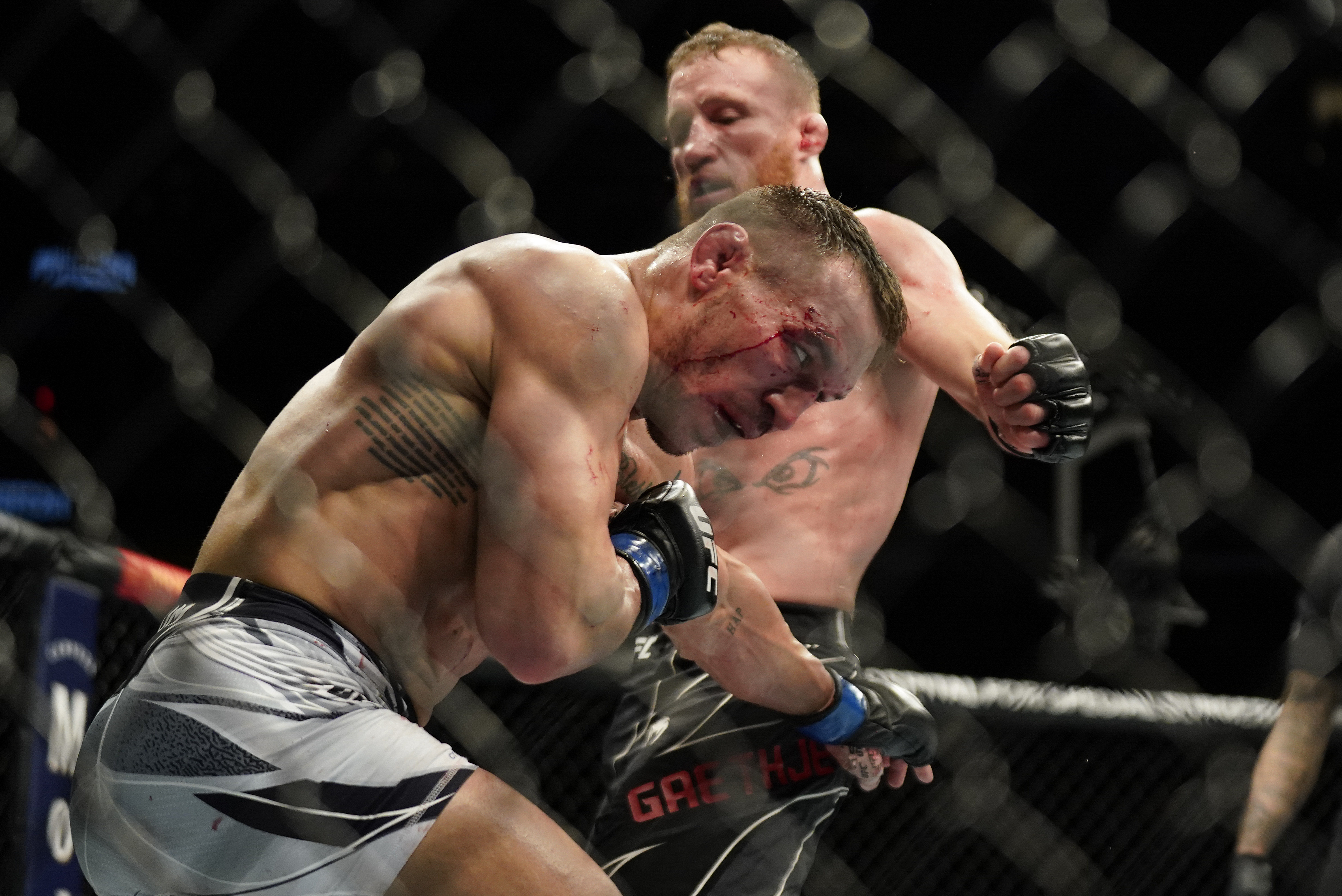 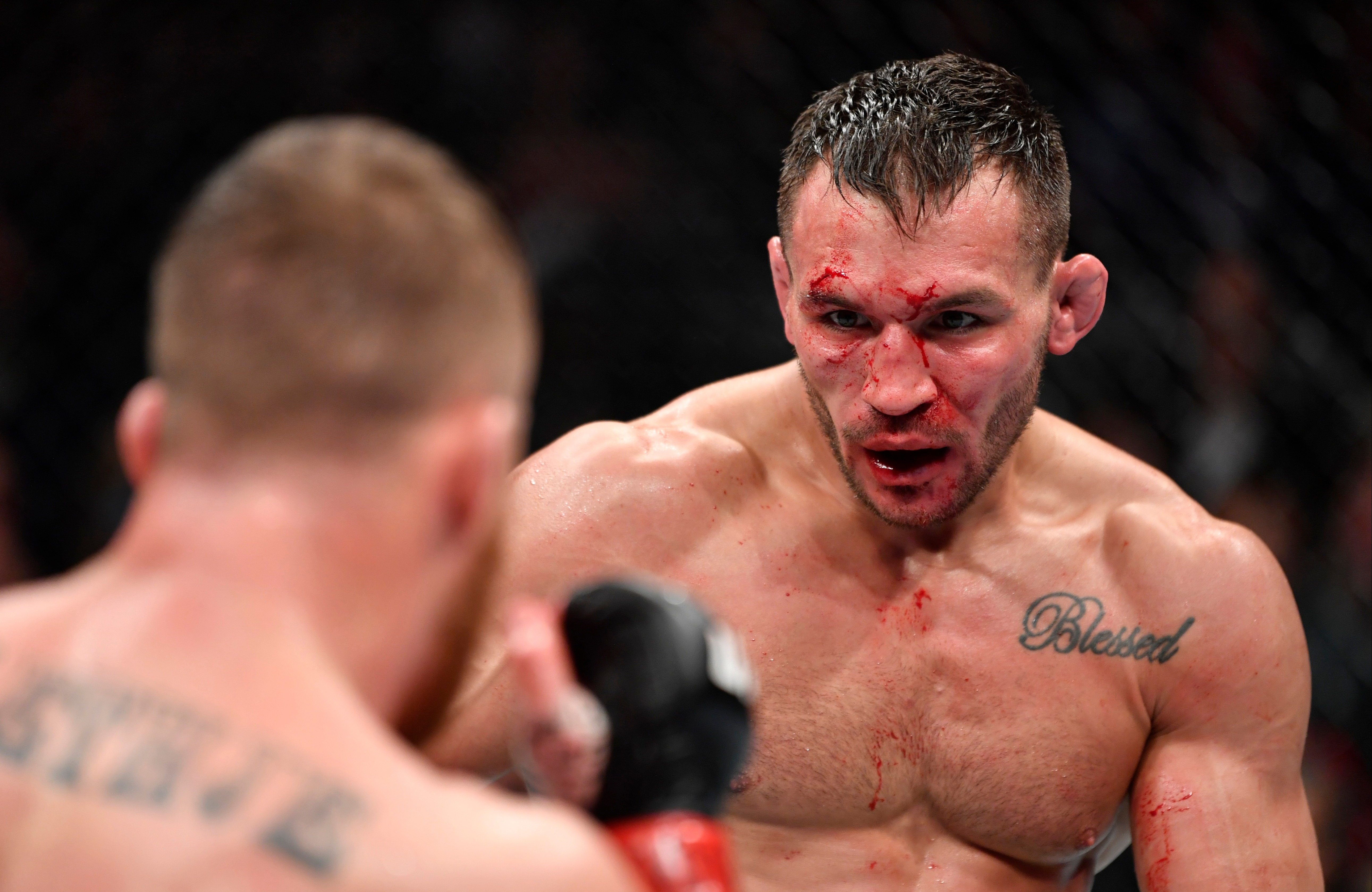 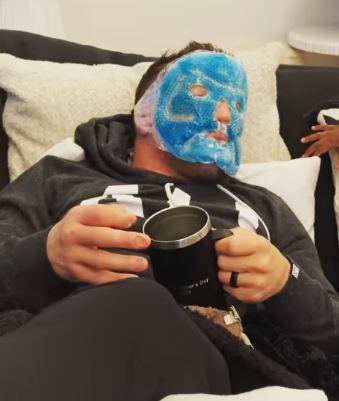 The ferocious 155-pounders put on a battle for the ages, which former interim titleholder Gaethje won via unanimous decision.

Days removed from the contest, fan favourite Chandler was still dealing with a severely swollen face – which he sought to get rid of with a nifty ice mask.

In a video on Instagram, he told his son Hap: "I have to inform you that your father has made some really bad decisions in his last fight which resulted in his face being virtually unrecognisable.

"Therefore to expedite the process of healing I would like to wear this frozen mask so you, my son, may be able to see me more clearly very soon.

Both Chandler and Gaethje were transported to the hospital following their epic slugfest.

Chandler live-streamed his ambulance journey but tried to shield his followers from seeing the damage to his face with an alien filter.

He said: “Fudge. I can’t release… Oh no, god… I’m trying not to release what my face looks like.

"So I look superhuman to you guys.

"So instead I’m just going to do an ambulance, I mean an alien in an ambulance vid. I’m here with Logan.

"My other alien friend. I hope you guys enjoyed that. I appreciate you guys.”

The 35-year-old further reflected on his Fight of the Night with The Highlight on Instagram, writing: “We made some questionable decisions in the last one, but we had a blast!”

“What a great camp we had at Sanford MMA. Huge thank you to my coaches and training partners.

"So happy to be home with Brie Chandler and Hapman. To the fans: I appreciate your guys’ support on this journey.

Gaethje said of his return to the win column on Instagram, writing: "All glory to God.

"I wasn't leaving tonight without my chance to put another strap on Trevor Wittman's wall."