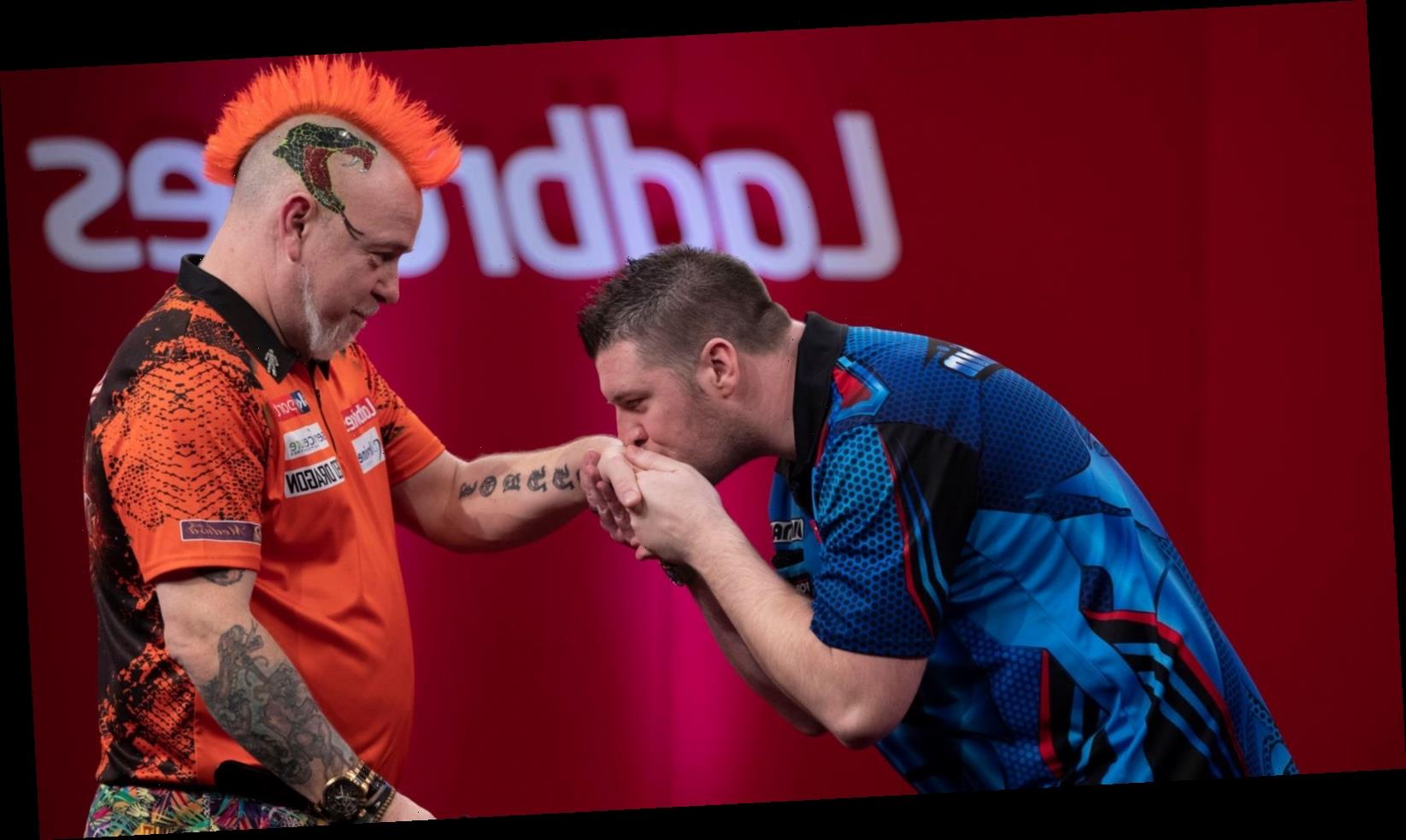 Former champions Gary Anderson and Peter Wright crashed out of the UK Open after sixth-round defeats on Saturday night in Minehead.

Anderson suffered a 10-9 defeat to Jelle Klaasen, while Daryl Gurney ended the hopes of reigning world champion Wright with an impressive 10-6 victory at Butlins.

The 159-player field had been whittled down to 32 after a mammoth Friday of action, and after Saturday’s fifth and sixth rounds only eight players from five different nations are left standing and will battle it out during a marathon Sunday when the champion will have to win three matches.

Gurney saved his best for last, having survived match darts from Keegan Brown and William O’Connor already in the tournament he suffered no such fate against Snakebite, running out a 10-6 winner in a match which saw Superchin take every chance that came his way.

Wright had edged his way to a 5-3 lead but remarkably missed darts at double in four successive legs as Gurney, who won the Players Championship title at this venue a couple of year ago, capitalised to seal his quarter-final place where he meets Klaasen.

The Dutchman reached a major quarter-final for the first time in more than three years thanks to a battling display against 2018 champion Anderson, who he had not beaten since 2013.

There was nothing between the pair throughout the contest, and a last-leg decider was no surprise but it was Klaasen who kept his cool to book his place on the final day. 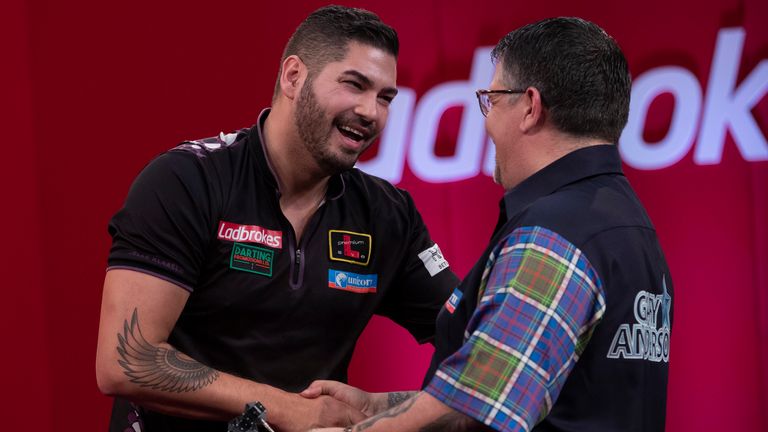 It was a tale of two matches on Saturday for Michael Van Gerwen, who had to be at his best to knock out the defending champion Nathan Aspinall on Friday. In the afternoon the Dutchman was dragged into a dog-fight with Jason Lowe who fought back from 5-0 down to lead 9-8.

But MVG found some of his very best form in the closing stages as the pressure told on Lowe, who only secured his Tour card at Q-School in January, and Van Gerwen pinched a 10-9 win to reach the last 16 where he faced old rival James Wade.

But The Machine, champion in 2008 and 2011 brought out the best in Van Gerwen, who roared into a 4-1 lead with an average of 120. The world No 1 couldn’t quite maintain that standard but he still managed a 108 average in a 10-4 win that leaves him on course for a third UK Open crown and first since 2016. Gerwyn Price remains on course for the perfect birthday present – a third major title. The Iceman celebrated his 35th birthday with a pair of victories on Saturday, beating Ricky Evans 10-3 in Saturday afternoon’s fifth round, and following it up with a thriller against Gabriel Clemens.

Two-time Grand Slam of Darts champion Price, who has won the last two tournaments he has played in, was pushed all the way by Clemens, but a 103 average was enough to get the job done – “It’s a nice birthday present for me!” he said afterwards.

Meanwhile world No 4 Rob Cross is into the last eight for the third year in succession. Last year’s runner-up beat Stephen Bunting and Michael Smith in his Saturday double, first edging a thriller against Bully Boy thanks to a last-leg shootout.

The draw handed him a clash with Bunting, the man he faces in Liverpool in Thursday’s Premier League, and again there was little between the two but Voltage is finding a way to win matches despite not being at his best.

With three major titles already under his belt, he held his nerve to win the last two legs and set up his quarter-final date with Van Gerwen.

Jonny Clayton made the early evening headlines, landing a brilliant nine-dart finish on his way to an impressive 10-8 win over Chris Dobey that booked a place in his first UK Open quarter-final.

The Ferret’s Premier League debut as a Challenger ended in a 7-1 defeat to Smith but he produced the perfect leg in the 12th leg of his win over Dobey that saw him through to a last-eight meeting with Jamie Hughes. who booked a first quarter-final at a televised PDC event with a 10-5 defeat of Mensur Suljovic.

Clayton’s nine-darter was the ninth in the history of the UK Open, and the first since Michael van Gerwen achieved the feat in 2016.

What a day. Was hard playing @rockstar_13_ this afternoon but got through. Then tonight was special hitting the 9 darter and beating Chris.

I played two good guys in Joe and @Dobey10 now on for tomorrow pic.twitter.com/iLuriFnMYP

“It’s a very special moment for me and I’m chuffed to bits,” said Clayton, who beat his room-mate for the weekend, Joe Cullen, 10-4 earlier in Saturday’s fourth-round action.

“I’ve never hit one in a tournament before – I’ve had a few in practice but only my dog was watching, so to do it in front of a crowd has shown that I can do it.”

Another player through to the quarter-final of the tournament for the first time is two-time world youth champion Dimitri Van den Bergh and like Clayton and Hughes he is chasing a maiden major.

The Belgian comes alive on the televised stage with a couple of World Championship quarter-finals over the last three years, but has yet to really fulfil his potential, but a 10-8 victory on Stage Two ended the hopes of Kyle McKinstry