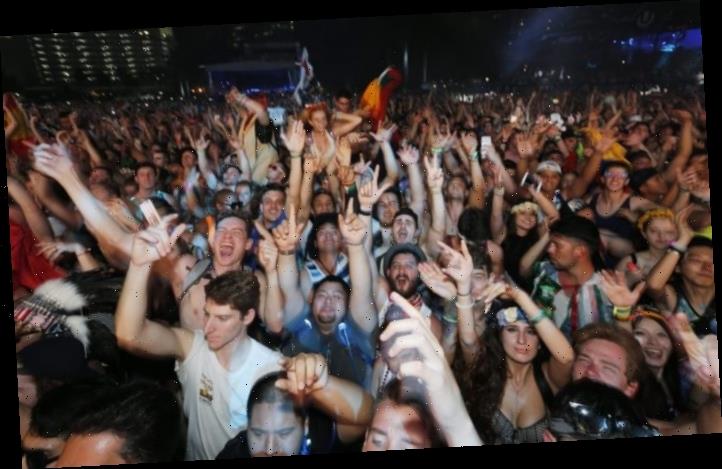 After days of news reports that the Ultra Music Festival in Miami was off due to coronavirus concerns, the festival itself finally made the cancellation official Friday morning.

Only, it wasn’t being referred to as a “cancellation”: in their words, the 2020 festival is being “postponed,” by exactly a year, to the weekend the 2021 Ultra Music Festival presumably would have occurred anyway.

The official statement passes the buck for the decision to an official directive from the city of Miami in its effort to curb any coronavirus spread — an important point when it comes to insurance and other purposes, as a story in Variety yesterday pointed out.

“We want to emphasize that this decision is not a cause for alarm or signal to panic,” Miami Mayor Francis Suarez said at a Friday morning news conference. “Rather, we are doing this out of an abundance of caution.”

Whether this is truly a bellwether for the rest of the festival in the wake of further outbreaks of the disease remains to be seen. South by Southwest, set to begin next weekend in Austin, has continued so far to say along with the city of Austin that the show will go on, and such high-profile mass gatherings as Coachella and Stagecoach looming in California in April.

Suarez pointed to the diverse international audience for Ultra as one factor in canceling, pointing out that it draws 100,000 people from more than a hundred different countries.

“Dear Ultranauts,” reads the statement, “it is with a heavy heart that we inform you that the The City of Miami has issued an official directive requiring that the 22nd edition of Ultra Music Festival, originally scheduled for March 20, 21 and 22, 2020, will be postponed to March 2, 27 and 28, 2021. Due to the Florida Governor’s declaration of a public health emergency and Centers of Disease Control and Prevention’s Interim Guidance for COVID-19, it is impossible for the City to provide access to Bayfront Park at this time.

“We completely understand how frustrating this is because so many of you are looking forward to coming to Ultra, having already made travel arrangements. This is, however, an unpreceented issue which is not being taken lightly, and we must continue to defer to the authorities for guidance.”

The statement added that ticketholders would receive an email Monday “regarding next steps.”

At the news conference, the Miami mayor and Miami city manager Art Noriega indicated that refunds were in order, but that there might be an option to put money already paid toward credit for next year’s festival.

The city also announced Friday morning the cancellation of the Calle Ocho Music Festival, which was set for March 15 and draws hundreds of thousands of attendees to Little Havana.