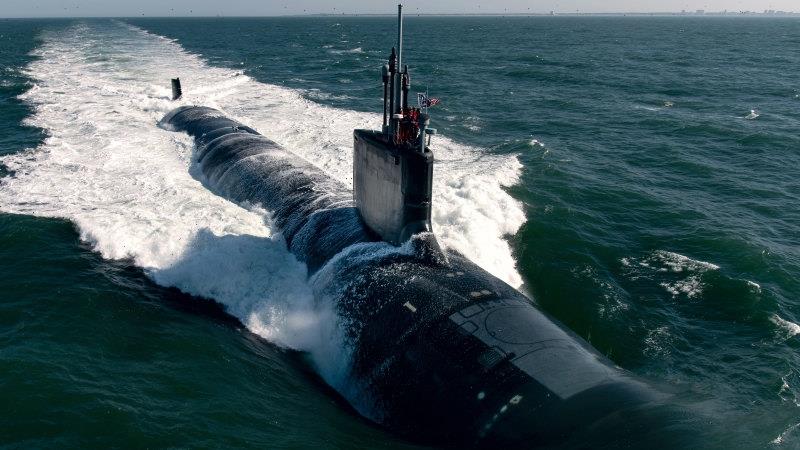 The letter to the US president, revealed just three months before the Albanese government unveils its submarine plan, is the first time members of Congress from either party have expressed significant misgivings about AUKUS. 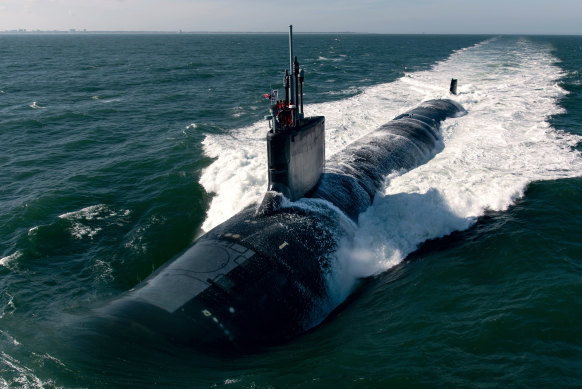 The Virginia-class nuclear-powered submarine is one of the options under consideration by Australia.Credit:US Navy

The pact between Australia, the US and United Kingdom has enjoyed strong bipartisan support in Washington since it was announced in September 2021.

In a letter to Biden sent on December 21, Democratic Senator Jack Reed and Republican Senator James Inhofe explicitly warned against any plan to sell or transfer Virginia-class submarines to Australia before the US Navy meets its current requirements.

“Over the past year, we have grown more concerned about the state of the US submarine industrial base as well as its ability to support the desired AUKUS SSN [nuclear submarine] end state,” Reed and Inhofe said in their letter to the White House, first reported by US website Breaking Defence.

“We believe current conditions require a sober assessment of the facts to avoid stressing the US submarine industrial base to the breaking point.

“We are concerned that what was initially touted as a ‘do no harm’ opportunity to support Australia and the United Kingdom and build long-term competitive advantages for the US and its Pacific allies, may be turning into a zero-sum game for scarce, highly advanced US SSNs.”

Reed is the chair of the powerful Senate Armed Services Committee, which oversees the US military and Department of Defence. Inhofe, whose Senate career ended this week, was the top Republican on the committee when the letter was sent.

A spokeswoman for Marles responded to the letter, saying: “The optimal pathway for Australia to acquire nuclear-powered submarines is taking shape, and an announcement remains on track to be made in the first part of this year. 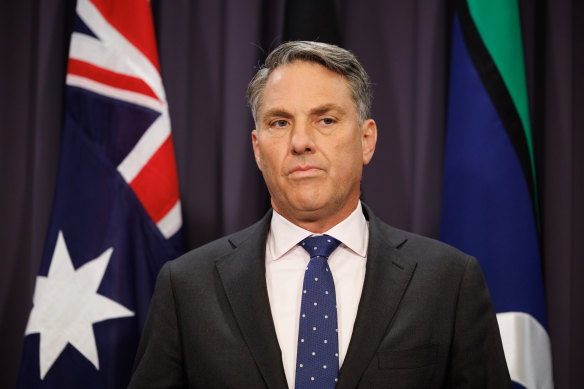 “AUKUS will significantly transform Australia’s strategic posture and the work undertaken over the last 16 months speaks to a shared mission between Australia, the United Kingdom and the United States.”

The government has said it will announce which type of submarine it will acquire by March, after receiving a recommendation from Jonathan Mead, the head of the Nuclear Powered Submarine Taskforce.

Outgoing US ambassador Arthur Sinodinos said the US-Australia relationship was “in great shape, but there are some big challenges ahead, particularly bedding down AUKUS and getting that implemented”.

“That’s a particular challenge,” he said in a podcast released by the Australian Strategic Policy Institute (ASPI) on Friday.

Opposition Leader Peter Dutton has said securing a small number of Virginia-class submarines from the US would be the best way to bridge a looming capability gap between the retirement of the current Collins Class fleet and arrival of locally manufactured nuclear-powered submarines around the early 2040s.

The idea has been widely dismissed on the grounds American shipbuilding yards are struggling to meet the US Navy’s needs and don’t have capacity to build submarines for Australia.

The fact Reed and Inhofe felt a need to challenge the proposal, however, suggests it is being taken seriously at the highest levels in Washington.

They warn Biden that that selling or leasing Virginia-class submarines to Australia would “make the US Navy less capable of meeting sovereign wartime and peacetime requirements”.

“Make no mistake, we recognise the strategic value of having one of our closest allies operating a world-class nuclear navy could provide in managing long-term competition with an increasingly militaristic China,” they write.

“However, such a goal will take decades to achieve, and we cannot simply ignore contemporary realities in the meantime.”

Democratic congressman Joe Courtney, chair of the House seapower subcommittee, told The Sydney Morning Herald and The Age last month: “I don’t think the notion of purchasing a Virginia [class submarine] is off the table.”

Courtney, the co-chair of the Friends of Australia caucus, said: “I am very bullish on the fact that if you give shipbuilders a plan that contains a demand signal and the resources, this is not just pie-in-the-sky stuff.”

US congressman Rob Wittman, the top Republican on the House of Representatives’ sea power subcommittee, previously said: “There’s been a lot of talk about well, the Australians would just buy a US submarine. That’s not going to happen.”

“This is a 100, if not 150, year venture we’re making and it assumes our interests and politics will remain in alignment over that time,” he said.

Stoltz said that as well as advancing the US-Australia alliance, American politicians also have their own domestic considerations to consider.

ASPI executive director Justin Bassi said: “The issue of constraints on defence industrial base capacity is a known issue, not just for the US but globally.

“It is important to remember that AUKUS is not just about helping Australia, but about aligning the national strategies of three close allies to deliver practical improvements to our collective defence and security capabilities.”