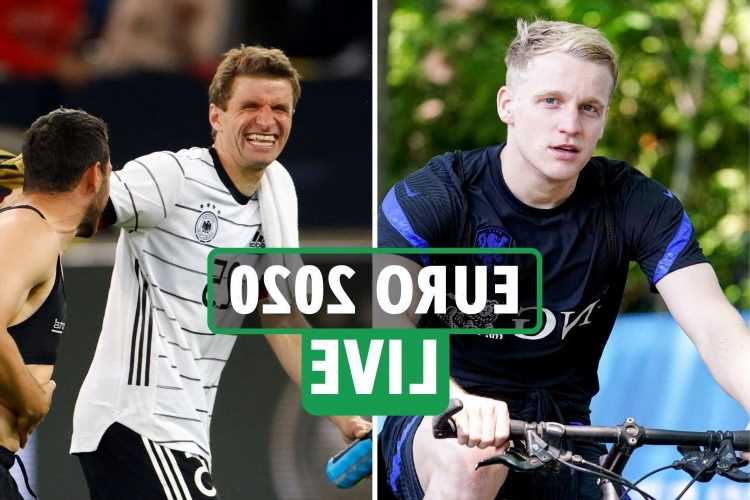 GERMANY have made a big statement of intent by hammering Latvia 7-1 heading into Euro 2020.

Meanwhile Man Utd's Donny van de Beek has been ruled out of the entire tournament for Holland.

The Dutch are already without injured captain Virgil van Dijk and goalkeeper Jesper Cillessen, who tested positive for Covid.

And on the home front, Gareth Southgate has confirmed Ben White will replace the injured Trent Alexander-Arnold in his 26-man England squad.

Follow all of the latest news, build up and updates below…