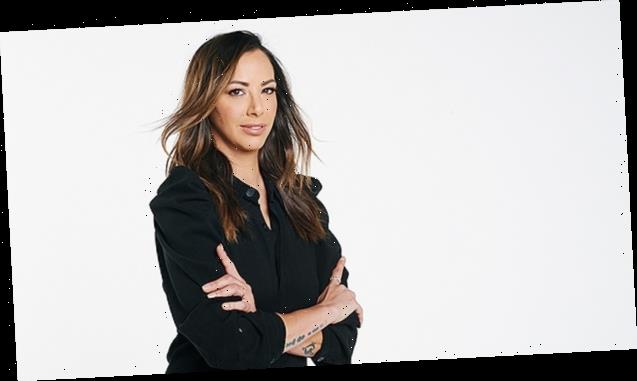 Kristen Doute gave HollywoodLife an EXCLUSIVE update on where she currently stands with her ex-BFFs, Stassi Schroeder and Katie Maloney, after their fallout in Season 8 of ‘Vanderpump Rules.’

Kristen Doute, 37, is still on the outs with Stassi Schroeder, 31, and Katie Maloney, 33, after the “Witches of WeHo” unraveled in Season 8 of Vanderpump Rules. In the wake of these ended friendships, Kristen made a surprising confession while promoting her upcoming book that she co-wrote with Michele Alexander, He’s Making You Crazy, in an EXCLUSIVE interview with HollywoodLife! “I don’t care if we are never friends again,” Kristen revealed, after saying that she tries to be “mindful” every time someone updates her on Stassi’s life! Her reasoning behind such a bold declaration may not be what you think, though.

“To me, I still love [Stassi]. She’s still my sister, and she deserves to know that I’m proud of her,” Kristen revealed. You see, the friendship may be gone, but the love isn’t. Kristen still keeps in contact with Stassi, even though their conversations aren’t the same heart-to-hearts that fans watched throughout the first seven seasons of Vanderpump Rules. “I’ve always reached out to her, and I usually get a casual, ‘Thank you,’ and that’s it,” Kristen revealed. But Kristen revealed that Stassi shot her a friendly text before they ran into one another at Brittany Cartwright’s birthday party that Kristen threw in January!

“Actually Stassi texted me right before that and said, ‘Look, if there’s anything I can help with, I would love to.’ It was really the first time we’d had more than casual exchange of pleasantries. And she was really kind, and we caught up a little bit at the birthday,” Kristen told us. That pleasantry was followed by another after Stassi reached out to Kristen about her upcoming book, which will be released on June 2. “She did congratulate me on it, and a few weeks ago she texts me just saying, ‘I’m so proud of you, and congratulations, and I hope that it wasn’t a hard process for you,’” Kristen said, recalling Stassi’s message.

Kristen even dished that Katie pre-ordered her new book — but where does that half of the “Witches of WeHo” pack stand? “Katie and I talk here and there, mostly just not about work-related type things,” Kristen said. “We did a film together 10 years ago that is coming out on platforms now. So we’ve talked a little bit about that.” However, Kristen lamented that they only chat about “lighthearted bulls–t,” saying “there’s no real conversation.”

To this day, Kristen is still confused about what exactly ended her friendships with Stassi and Katie. The ladies became increasingly frustrated with Kristen as she dealt with the fallout of another relationship: her romance with boyfriend Brian Carter, which ended in Sept. 2019. “I know how I feel, but I also don’t know really why she and Katie cut me off,” Kristen admitted. “I’m going to watch it [new episodes of Vanderpump Rules] with everyone else. I was never really given an answer. It was just like, ‘You’re cut. We’re done,’ because I was in a fight with my boyfriend, or my ex-boyfriend. We broke up. I don’t get it.”

Kristen is still open to reaching a truce with her ex-BFFs, however. “I’m always hopeful. I don’t live in absolutes. I don’t live in never forever, because it’s just stupid and it’s not real life,” she said. “But I think it has to be separate conversations. I don’t think the three of us together is going to work as the first sit down. I think it needs to be Katie and I, Stassi and I, treat them as very different friendships and find out why each of them solely felt that this was so easy to just cut me off.”